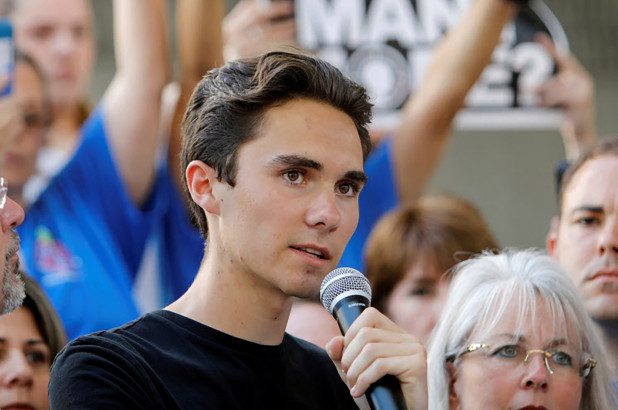 In a tweet likely to send shivers down the spines of tourism officials from Miami to Jacksonville, Marjory Stoneman Douglas HS senior David Hogg called on young gun control advocates to take their kegs elsewhere.

“Let’s make a deal DO NOT come to Florida for spring break unless gun legislation is passed,” he tweeted to his 213,000 followers. “These politicians (sic) won’t listen to us so maybe they’ll (sic) listen to the billion dollar tourism industry in FL.”

Hogg appeared on MSNBC’s “AM Joy” on Saturday and explained why he and so many of his classmates were posting on social media, even as confessed gunman Nikolas Cruz was shooting up their school.

“I wanted to make sure that even if our souls were left behind on that classroom floor, our voices would echo on to the halls of Congress,” he said.