Officers responded to a residential burglary in an elderly woman’s home while she was out. The suspects broke the woman’s front window to gain entry, ransacked her entire house, then broke out her bedroom window to exit. She was obviously shaken up and afraid to stay in her own home with two broken windows, so the officers put on their handyman hats and decided to board up the broken windows themselves. One of the officers contacted the manager of The Home Depot on Ocean Gate Avenue in Hawthorne and told him what happened. The manager, Saul, told the officers that even though they were closed, they would be more than willing to help. Saul and his colleague Emerson cut some plywood and donated it with a box of screws for the impromptu board up. 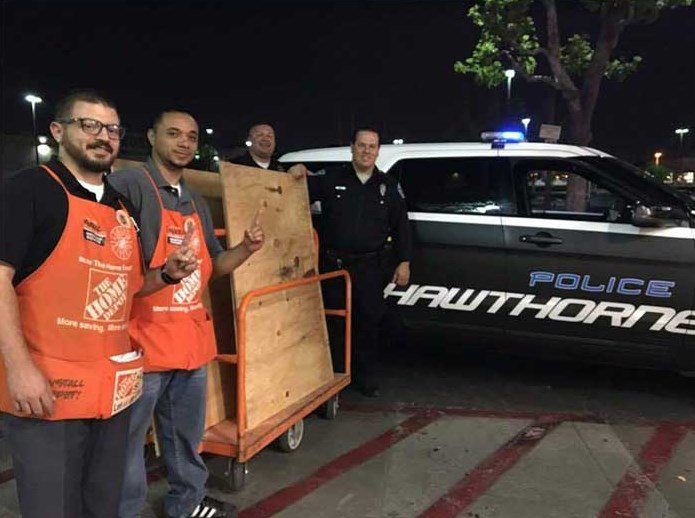 The plywood was too big to fit in the officer’s police unit, so these Home Depot employees jumped in their personal truck and delivered it themselves. Everyone involved in helping this woman didn’t do it for thanks or personal gain, they did it because they are good people. Thank you Home Depot for your generosity! 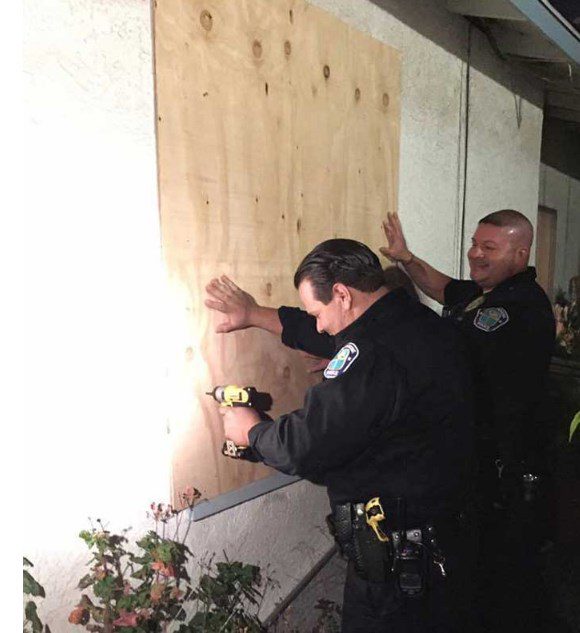