Siddharth Mandala, 18, from Hyderabad in India, an Indian teenager was so horrified by the rape epidemic sweeping his country he invented a sandal that women can use to electrocute would-be attackers.

The Electroshoe was invented because Mandala was afraid for the safety of the women in his family.

It all began when he attended a rally protesting the infamous 2012 gang rape and murder of 23-year-old student Jyoti Singh in Delhi, who has become known as ‘Nirbhaya,’ meaning ‘courage.’

Madala decided the problem needed practical solutions, not just protests, and he has now unveiled the sandal capable of administering an electric shock to an attacker, rendering them temporarily paralyzed.

The wearer in addition to giving vital seconds to escape activates the shoe by walking, and it also sends an alert to local police stations and members of the wearer’s family to let them know she is in trouble. 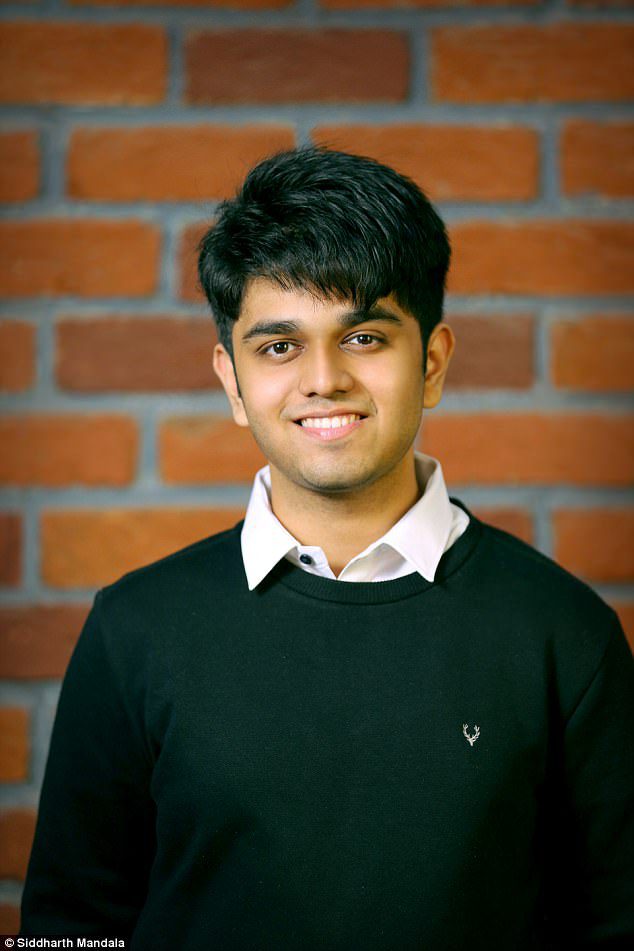 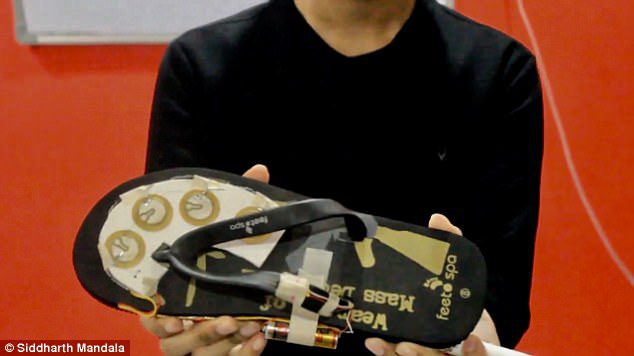 Siddharth said: ‘When I attended the Nirbhaya rally with my mum, people were still protesting to get justice for a rape that happened weeks before. While I was as enraged as the rest, I also understood that protests wouldn’t change the past. Punishing the rapists, hopefully, would deter would-be rapists, but I kept thinking we needed to equip women with a safety device.

‘After much trial-and-error, I came up with a concept I called Electroshoe.’ 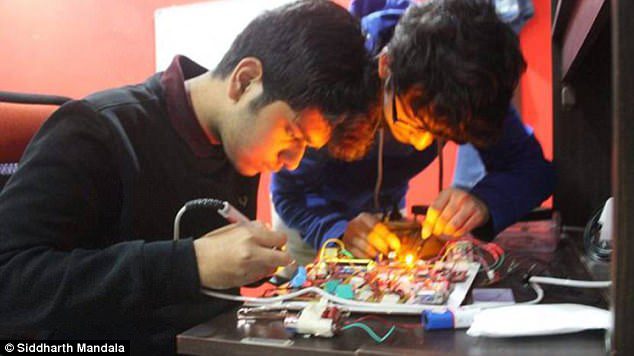 The 18-year-old inventor says the shoe can shock an attacker with 0.1 amps of electricity – which would leave them paralyzed for ‘a couple of seconds’

Why did he choose to create a self-defense shoe, and how does it work?

Siddharth said: ‘Women might forget to carry pepper sprays, Tasers or any other self-protection tools, but no one would forget to put on footwear before they step out. She basically needs to kick (the attacker) after pressing the big toe for five seconds and that would electrocute the molester by shocking him with 0.1 amps.

‘It will paralyze him for a couple of seconds, leaving enough time for the woman to flee. It also sends an alert message to nearby police stations and family members indicating that she is in danger.’

The Electroshoe is powered by footsteps, meaning, the more the wearer walks the more energy is generated and stored. Mandala is currently trying to develop the prototype into a market-friendly product and iron out some technical issues, like waterproofing it.

The young inventor says people have praised his idea.

He said: ‘The responses are quite overwhelming. I’m happy that people believe in my way of tackling this rape problem.’

In India, every day 95 women are raped, according to the National Crime Record Bureau’s 2015 statistics.

He showed kids how to build and programme their own GPS systems so that they could keep track of their younger siblings in a bid to tackle kidnap and sex trafficking, in one project.

He added: ‘I have recently also created a program to detect malignant melanoma just by using the mobile phone with the help of my friend. After further testing, I plan to make it available to doctors working in rural areas without access to expensive technical detection tools.’