Home
Shocking
Lyft Rider Threatens Driver, Calls Him The N-Word And Calls 911 On Him

A Lyft passenger who told a driver he would make sure he never worked for the ride-sharing app again after he refused to play music, has been fired from his own job.

Video posted on YouTube October 2 from the incident, which featured a racist rant and accusations of homophobia from passenger Robert Ortiz, shows him hurling slurs at Shawn Pepas Lettman who captured what happened on his phone.

The 16-minute clip documents the moments after Lettman complained to Lyft about the group of three men who sat in the back of his car in New York and refused to leave his vehicle until law enforcement arrived. 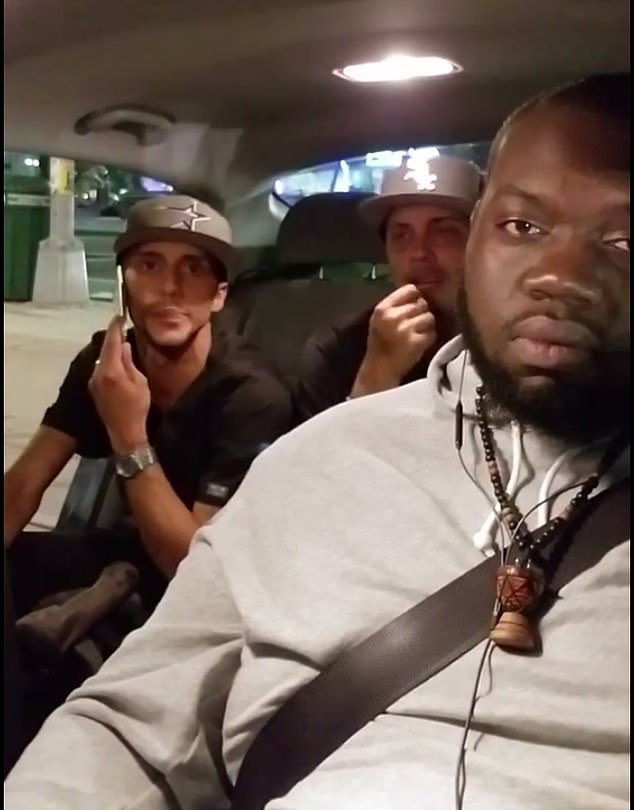 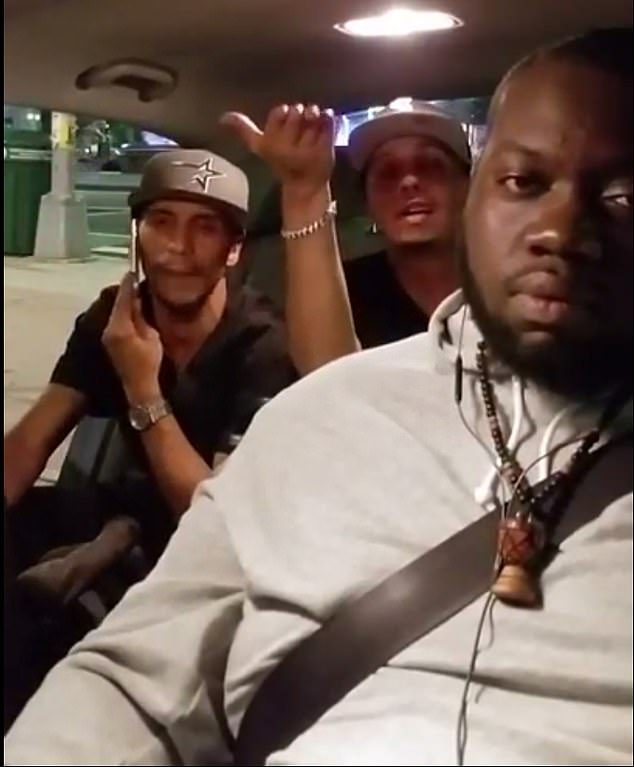 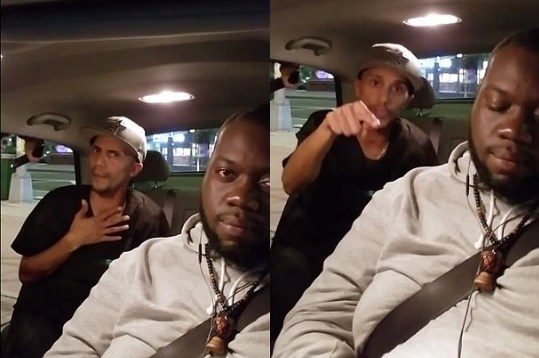 Although Ortiz complained that he was scared, the clip shows him getting in and out of the car of his own will. He told the 911 operator that he refused to leave the vehicle and at the same time, he preempted the calm situation would escalate.

Despite the driver remaining quiet and expressionless most of the time, Ortiz clearly made several attempts to get him to retaliate and perhaps compromise his professionalism.

‘I feel racially profiled … because I’m not black,’ Ortiz says at one point. ‘If this guy does anything to threaten my life, I have to defend myself. … I’m a little fearful.’

The driver hardly moves throughout the exchange, only turning around at one point to request to speak.

After Ortiz reported he was being filmed against his will – but spoke directly to a camera at points and moved closer for his face to be captured at various angles – Lettman asked if he could say one thing throughout the entire clip.

‘There’s a sign right there on the door that says you will be recorded,’ Lettman explained. Ortiz bragged that he voted for Donald Trump, repeatedly mentioned that he was an American citizen and that he worked for CityMD medical center 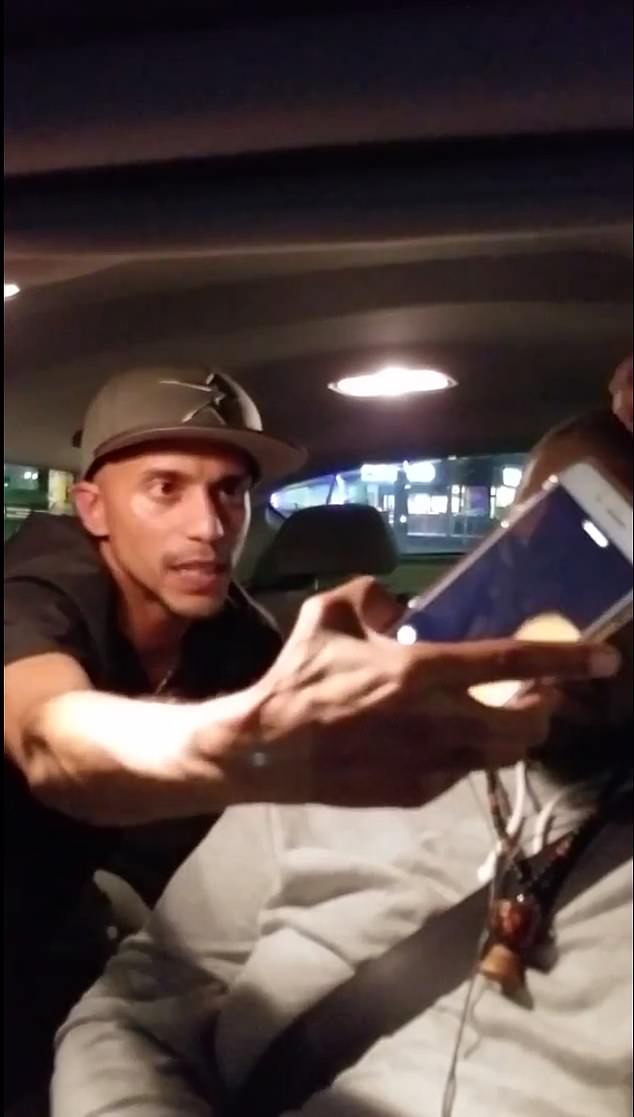 Ortiz made a big point of talking about his sexual orientation to the emergency services and wanted the operators to know his home in the United States and he has the right to vote.

‘I know my rights as an American citizen, a legal citizen that voted for Trump,’ he said at one point.

Not only did the man call the driver names, but he also used offensive language with the Lyft operator as they seemingly questioned whether the situation was really an emergency and why the passenger had used the N-word in reference to the Brooklyn-based man who was black. 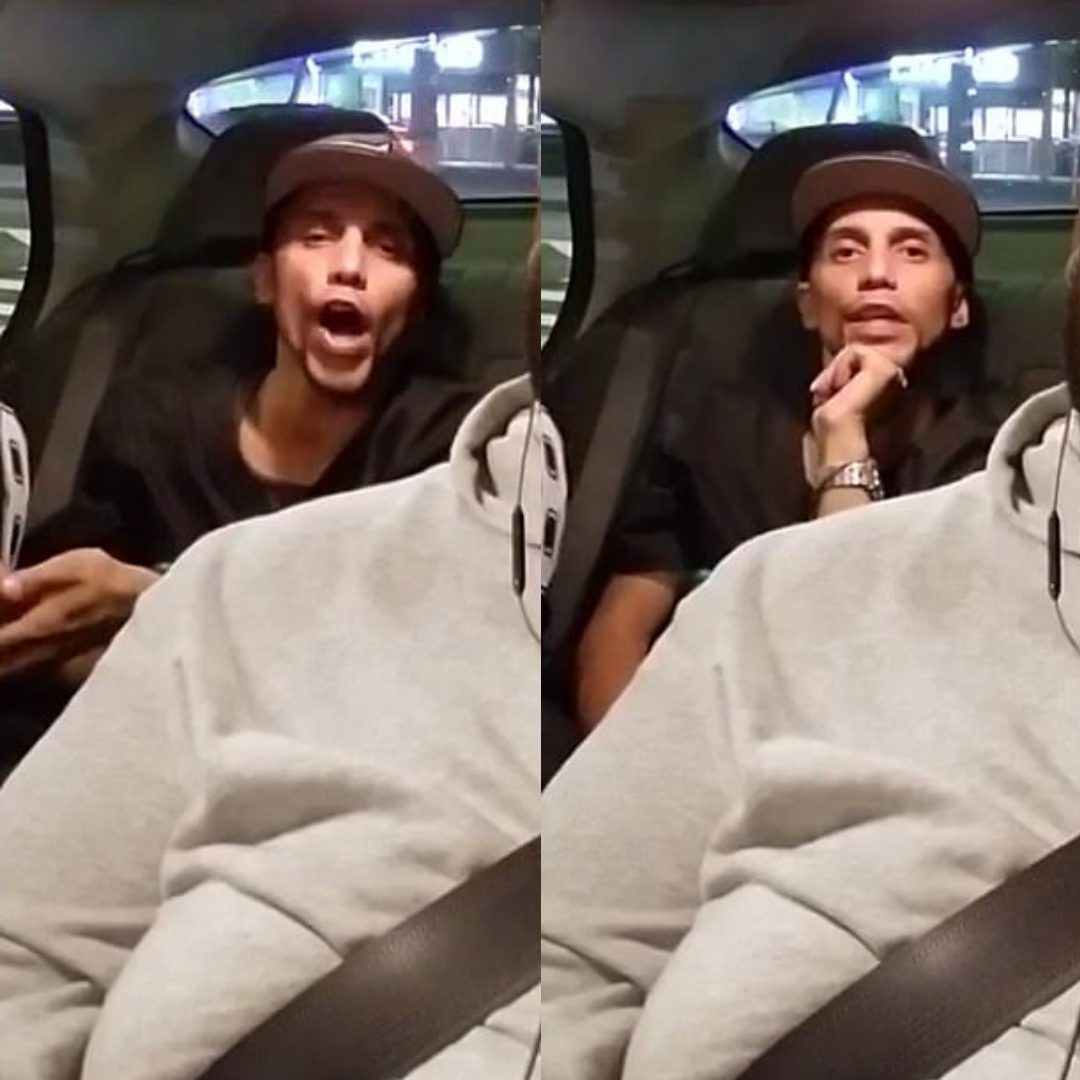 While his companions started out antagonizing the situation, later on, they appeared to have tired of the situation and requested to move on.

‘Let this n****r go,’ one said. But Ortiz continued to aggravate the situation as a friend passed by.

Another grievance Ortiz raised was that he had been charged $8.01 but didn’t get to complete the trip. Using a homophobic expletive he said: ‘We’re waiting for the police because this f*****t charged me.’ 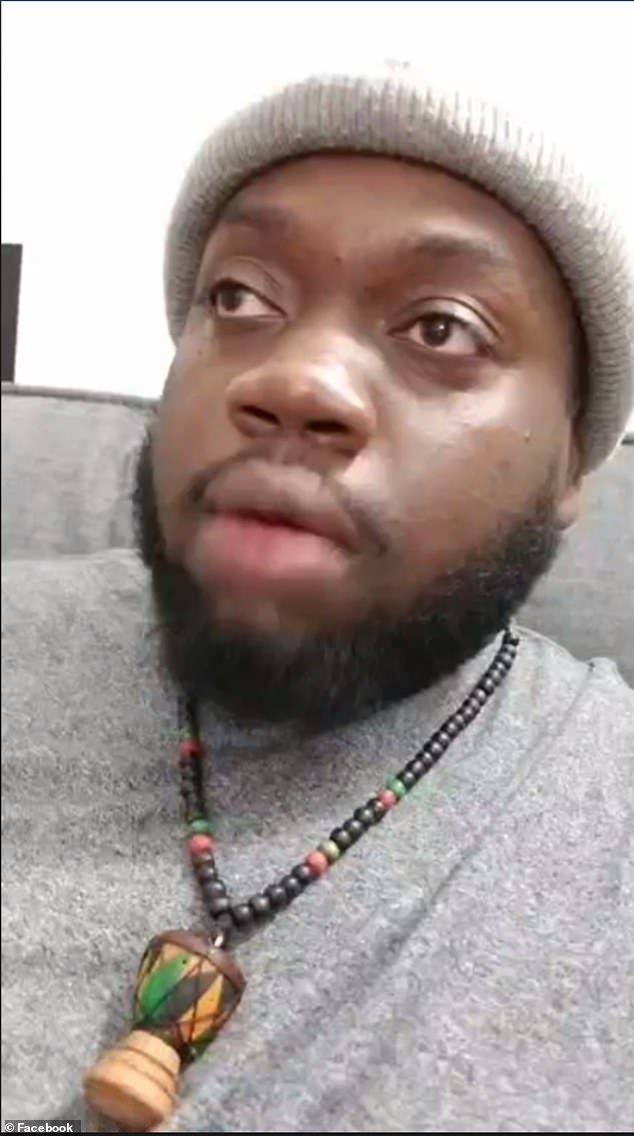 Ortiz then went on to criticize the Black Lives Matter movement before the recording ended.

Throughout Ortiz made threats to sue Lyft and didn’t seem to understand why his comments wouldn’t be tolerated by the company.

‘How am I being racist?’ he asked, adding that Lettman is ‘racist against gay people,’ before saying that he and his friends had come from a gay club.

Ortiz also confirmed to law enforcement on the phone that no threats had been made toward him.

In the background, a friend can be heard accusing a taxi driver of being racist after he tried to flag a car down and it didn’t stop. He yelled: ‘I’m American!’

Ortiz worked for CityMD, the urgent care company whose CEO Richard Park M.D. comes from a family of working-class immigrants. The business aims to make health care affordable and inclusive.

So it’s no surprise CityMD let Ortiz go after he bragged about working for them and his friend encouraged him to contact them for back-up in the viral clip.

‘This is to confirm that this individual was terminated and is no longer employed by or affiliated with CityMD in any capacity,’ the company wrote on Facebook. 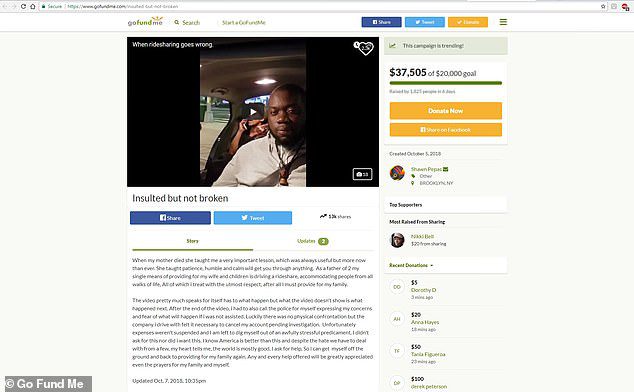 By Friday night a GoFundMe page had raised $37,705 exceeding the $20,000 goal as people praised him for his professional approach

Lyft suspended the driver temporarily while they investigated, which Lettman understood but in the meantime, he started a GoFundMe page to raise funds to support his wife and children in the aftermath of being threatened with a lawsuit.

By Friday night it had raised $37,705 exceeding the $20,000 goal as people praised him for his professional approach.

‘I am left to dig myself out of an awfully stressful predicament,’ he wrote on the crowdfunding website. ‘I didn’t ask for this nor did I want this. I know America is better than this and despite the hate, we have to deal with from a few, my heart tells me, the world is mostly good. I ask for help, So I can get myself off the ground and back to providing for my family again.’ Lyft temporarily suspended Lettman but reinstated him within hours. Ortiz has been banned from using the app

He added in a later video on Facebook that he was especially careful not to fulfill the prophecy of his passenger and didn’t want to reinforce the stereotype that Ortiz and others have about black men.

‘I wanted to defuse the narrative that all black men are aggressive and violent,’ Lettman said. ‘Some of us we are actually capable of performing in an intelligent setting… It’s not always worth it to use your fists.’

He has since been reinstated at Lyft and Ortiz is banned.

‘The behavior exhibited in the video is deeply concerning. Lyft is committed to maintaining an inclusive and welcoming community and discriminatory behavior is unacceptable,’ Lyft explained in a statement to Yahoo.

‘We temporarily deactivated both passenger and driver accounts while we investigated the situation. After reviewing all sides, we reactivated Mr. Lettman’s account within hours and permanently disabled the passenger account. We have also reached out to Mr. Lettman to express our support.’