A 36-year-old woman has been arrested on suspicion of murder after a waitress was pushed under a train in Romania.

Alina Ciucu, 25, was killed after she was crushed under the carriages of the metro at the Dristor 1 subway station in Bucharest on Tuesday night.

Passengers initially believed the young woman had committed suicide but, after reviewing CCTV footage of the incident, police determined that she had been pushed. 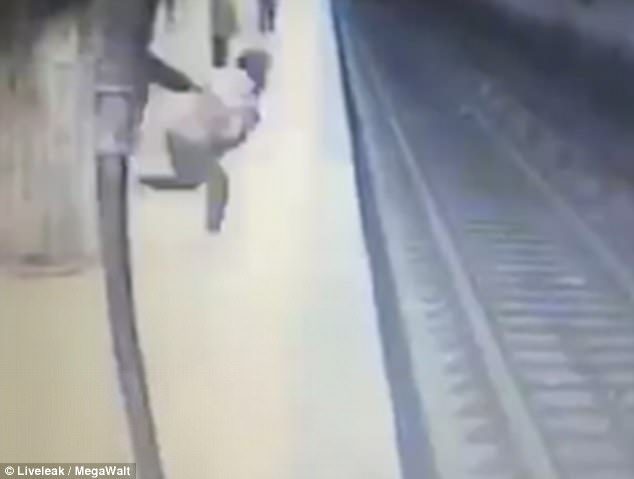 Authorities released images of the suspect and a woman was arrested overnight.

The suspect told officers she did not have a home and often slept in Bucharest’s Gara de Nord station overnight.

Footage of the horrific crime shows Ms. Ciucu being shoved from behind with great force by her attacker.

The victim falls on to the tracks as the other woman, who is dressed in black, kicks at her hands to stop her climbing back on to the platform before the train enters the station. 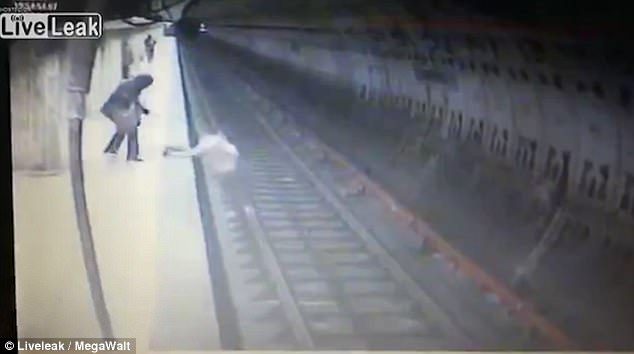 The victim attempts to climb back on to the platform as her attacker kicks at her hands. She was not able to escape before the train entered the station

It is alleged the suspect had tried to attack another woman at a different subway station earlier that day but had been fought off.

Police said the woman who had been arrested admitted that she was the person in the CCTV images.

Neither victim was known to the suspect and officers believe she may be mentally ill.