This is the horrifying moment a Missouri high school assistant principal was tackled to the ground and beaten up by students when he tried to break up a fight.

In a video obtained by DailyMailTV’s affiliate Fox 2 in St Louis, the shocking footage shows students laughing and clapping while teenagers repeatedly kicked Oakville High School Vice Principal Brian Brennan on the floor after he got pulled into the brawl.

Teenagers filmed the scuffle in the cafeteria of the St. Louis school and posted it on Snapchat instead of getting help or calling 911.

Three students – one aged 15 and two aged 16 – were arrested as a result of the confrontation. 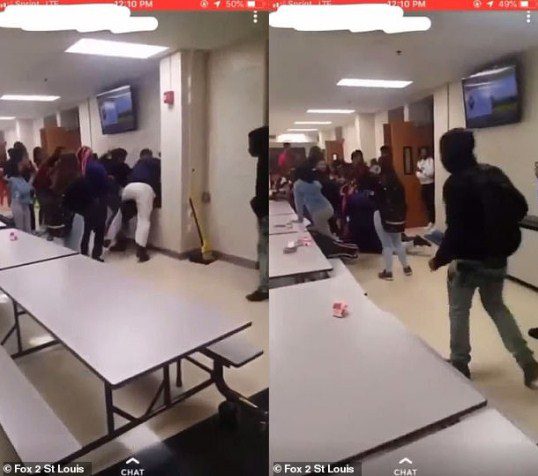 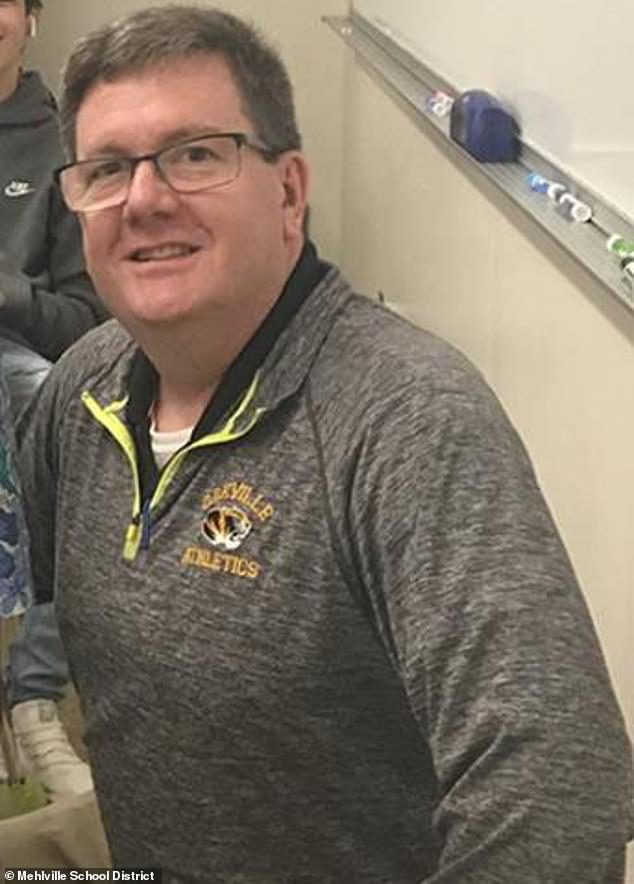 ‘Administrators and a school resource officer intervened to break the fight up. All students and staff are okay,’ Assistant Superintendent, Dr. Jeff Bressler told Fox 2.

‘Obviously, we take all fighting seriously. We would love to see fighting stop in all high schools.

‘Safety is our priority and we’re always looking into how we can support students so they don’t resort to violence.’

The Mehlville School District says that their mission is to build a culture of improvement for staff and students. 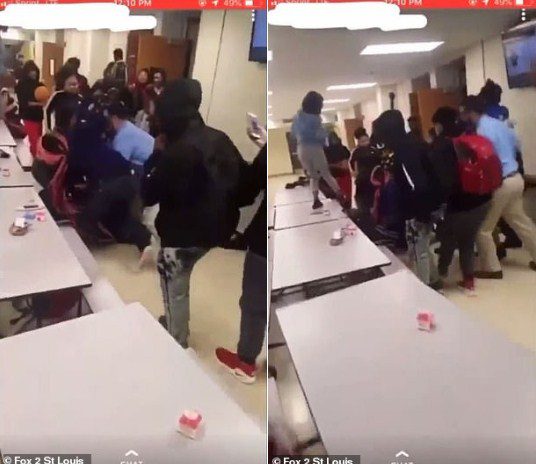 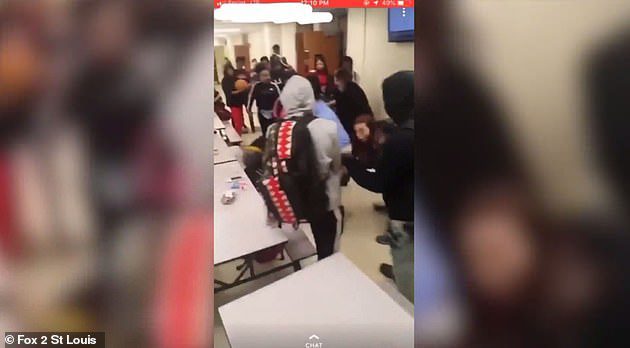 The three students were taken into custody after the incident however they won’t be charged as they are juveniles.

The case has been taken to St. Louis County Family Court.

Principal Jan Kellerman sent a letter to parents to reassure them their children were safe attending the school after they received a string of calls from those anxious about students and staff.

The students involved may be expelled from school. 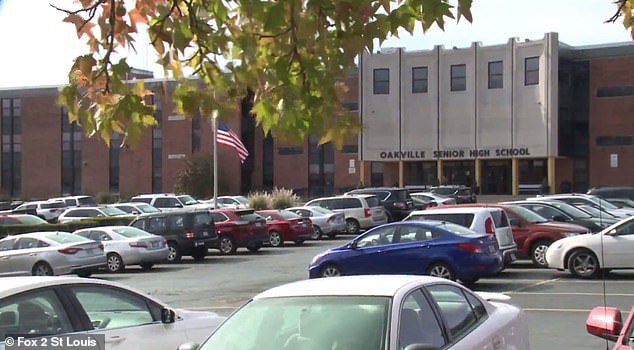 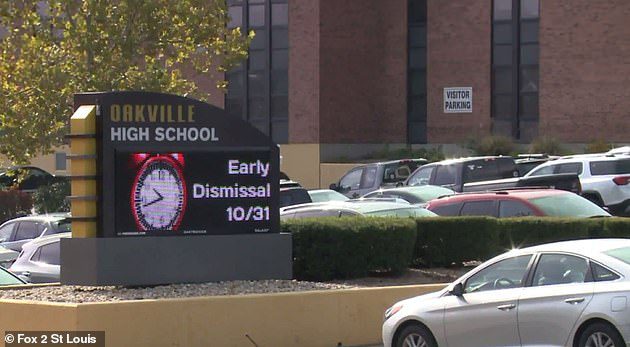 The students involved may be expelled from school and the case has been taken to St. Louis County Family Court

‘We are investigating the matter and discipline will be rendered as detailed in our district disciplinary policy,’ she wrote before thanking mothers and fathers for their concern.

She added to KGNS that all administrators are trained in restraint.

‘It’s the most important thing we do here and all our students are safe,’ she said, adding that they are looking at their current policy for handling physical altercations.

‘After any kind of altercation we always discuss things like is there something else we need to be doing.’

Brennan appeared to be in high spirits at the school in the days following the incident as a post he retweeted from Oakville showed him smiling in a selfie with students.

DailyMail.com was able to reach someone at Oakville High School Thursday morning but was not immediately able to receive comment. 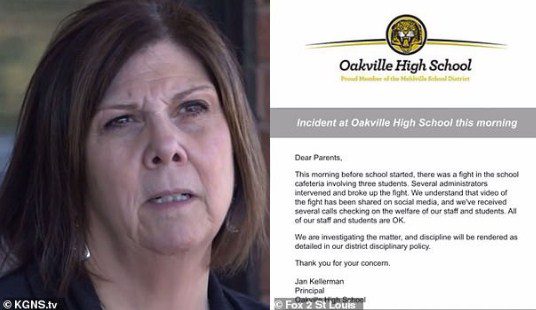 Angela didn’t fill up on Halloween candy last night because she knew it was her Chick-Fil-A day today! Enjoy your sandwich. #msdr9 #OurHouSe #OHSPROUD #Kind2EveryKind pic.twitter.com/SEv9qvXJOA