A Pennsylvania couple who admitted to starving their three young children until they peeled paint from the walls for food has been slapped with lengthy prison sentences.

The Weyant pair pleaded guilty in February to starving their kids – almost a year after they were found emaciated in their home – days from death and covered in filth.

The couple had been arrested in December 2016 after police received an anonymous tip that they were abusing their children who were aged between four and six.

Two of them were girls aged four and five and the third was a six-year-old boy at the time.

All weighed under 30lbs and were so hungry when deputies rescued them they had begun eating paint. 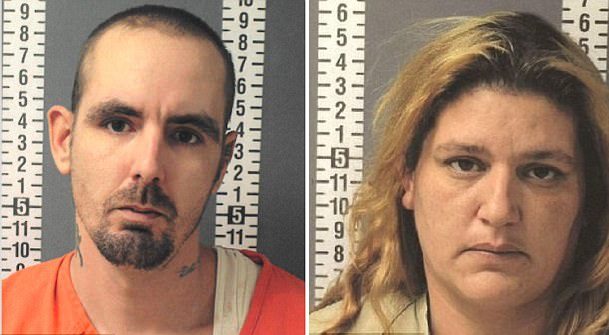 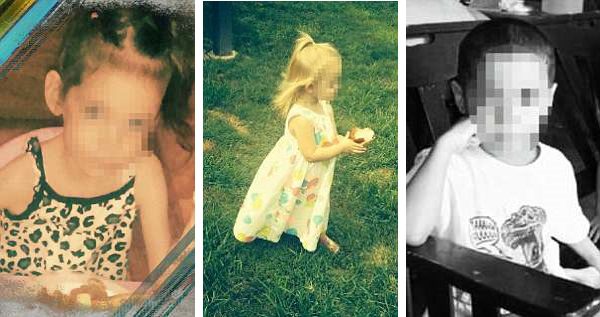 The children were covered in bruises and abrasions when they were discovered and they were living in filth in a locked room.

They had lice and were covered in animal hair along with human urine and feces.

At the time, Pennsylvania prosecutors said the couple no longer wanted to look after the kids so had decided to put them in a room to starve them.

A doctor who examined them said the two oldest children were just days from death when they were saved.

‘They looked like they had walked out of a concentration camp,’ Chief Deputy District Attorney Jennifer Gettle told Penn Live.

They were so thin, doctors could see their bones through their skin. 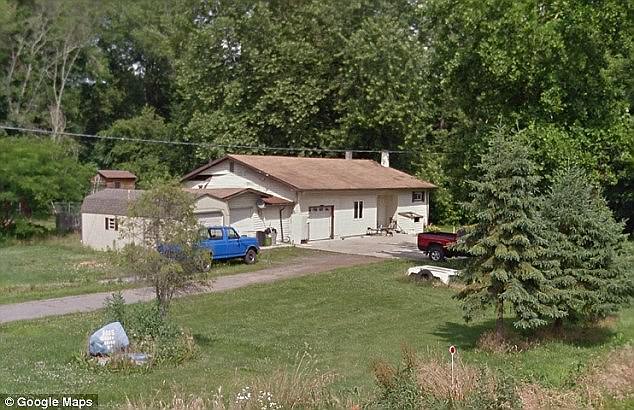 The children were so thin when they were found at their Halifax home in Pennsylvania (above) doctors could see their bones through their skin. Authorities had received an anonymous tip about the state they were in and found the children locked in a room inside the animal-ridden home where 10 people were living in total 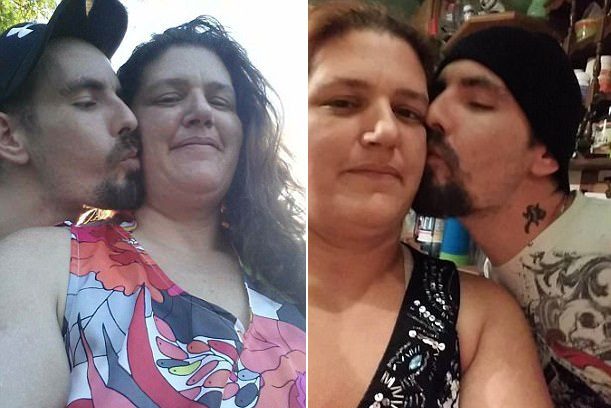 The children were all taken into foster care where they remain and where they have thrived over the last year and a half.

When their parents were arrested, they gave confusing statements about whether or not they were actually related. 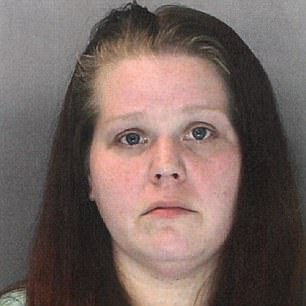 In May 2017, police charged Joshua’s sister Erin Eickstadt with aggravated assault and endangering a child

Brandi told police none of the children was hers or Joshua’s biologically.

Neighbors who were interviewed contradicted what she said, insisting that she was their mother.

Joshua had been in prison previously for an unrelated charge. According to his wife, the worst of his treatment of the children began when he returned home from that sentence in 2015.

There were 10 people living in the home at the time the children were found.

Brandi shockingly took to her Facebook page three months before the starved kids were found to post enlightening captions above photos of them.

One post said: ‘Happy 6th Birthday (to my son). Over the past 3.5 plus years of raising you and watching you grow, you have become a very opinionated little man. I love you to the moon and back you are mommas baby boy the last of my little men! Slow down on growing up!’

Another post showing a picture of one of the pair’s daughters read: ‘She will NEVER have to wonder her worth because UNLIKE you I’M gonna put her FIRST!!!!’

Along with the three children and their parents, five others were there including a teenage girl who polices believed was Brandi’s daughter from a previous relationship.

In May 2017, police charged Joshua’s sister Erin Eickstadt with aggravated assault and endangering a child.