A couple has revealed how they’ve spent the last eight months paying nothing for luxury accommodation, simply by offering to pet-sit for rich people’s animals.

Ben Harris, 26, originally from Richmond, Virginia, and Mariano Rebattini Capurro, 28, from Bariloche, Argentina, decided to offer their services as animal carers after running out of money while they were traveling the world.

The ‘digital globetrotters’ have since looked after the pets of 19 families, in homes as far and wide as Dublin, New York, and Thailand.

Currently in Vietnam, Ben told Femail that while the places they stay in are often luxurious, the best part about house-sitting – often for weeks at a time – is getting the chance to live like a local and meet some very cute pooches.

The couple estimates their chosen method of travel has saved them around $18,000. 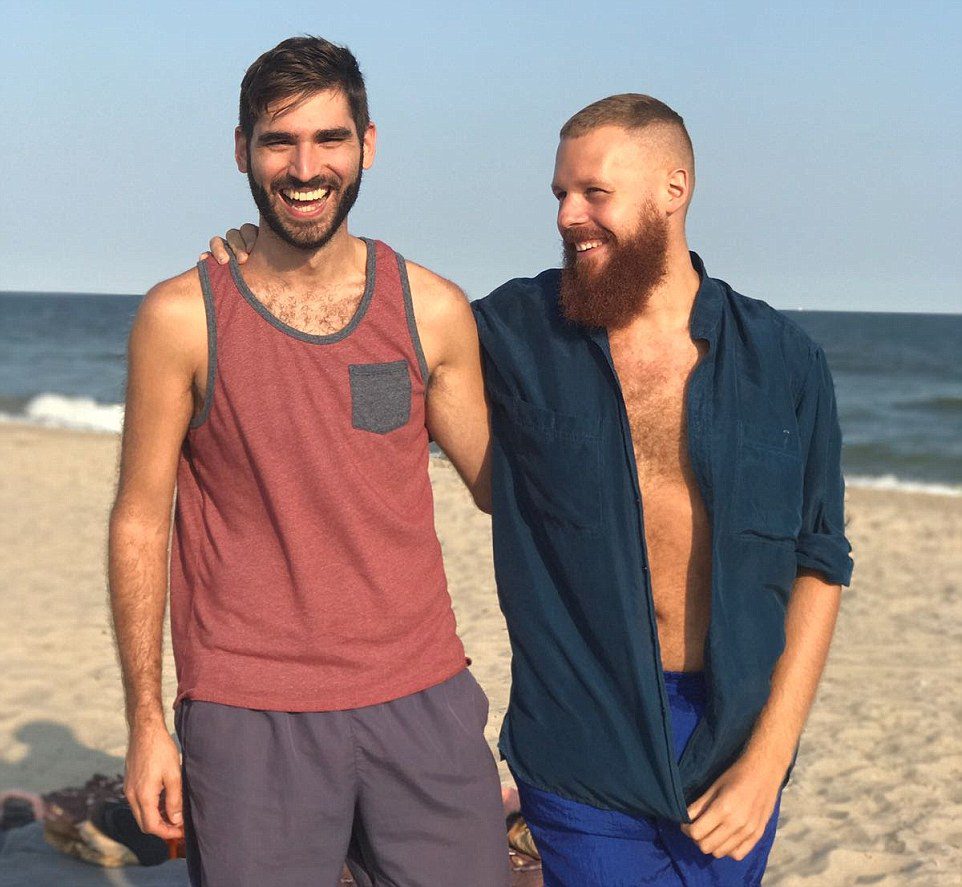 Ben Harris (right), 26, from Richmond, USA, and Mariano Rebattini Capurro (left), 28, from Bariloche, Argentina have spent the last eight months staying for free in people’s homes around the world after they signed up to pet-sitting site Trusted Housesitters 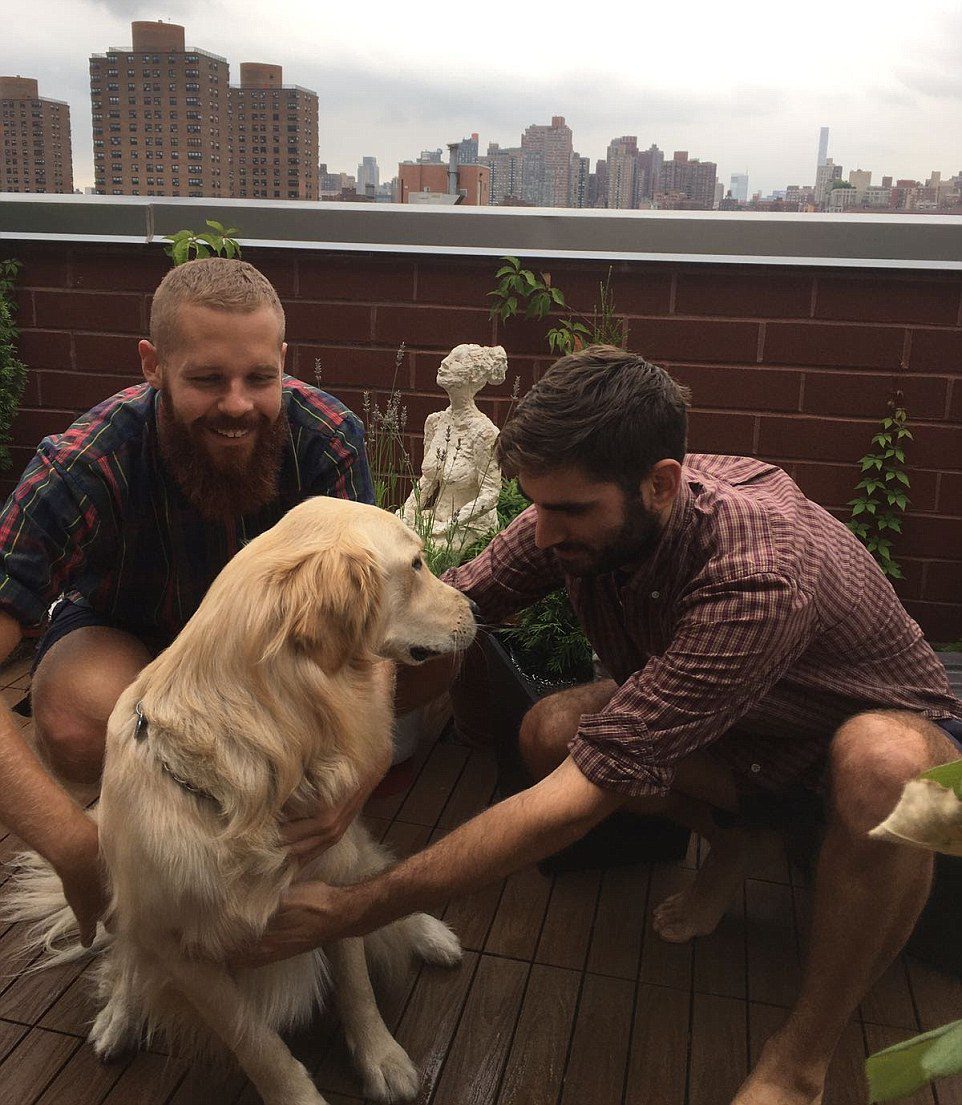 ‘We had to pinch ourselves!’ Ben and Mariano’s first house-sit saw the couple looking after Gigia in New York City, staying in a huge apartment three blocks from Central Park 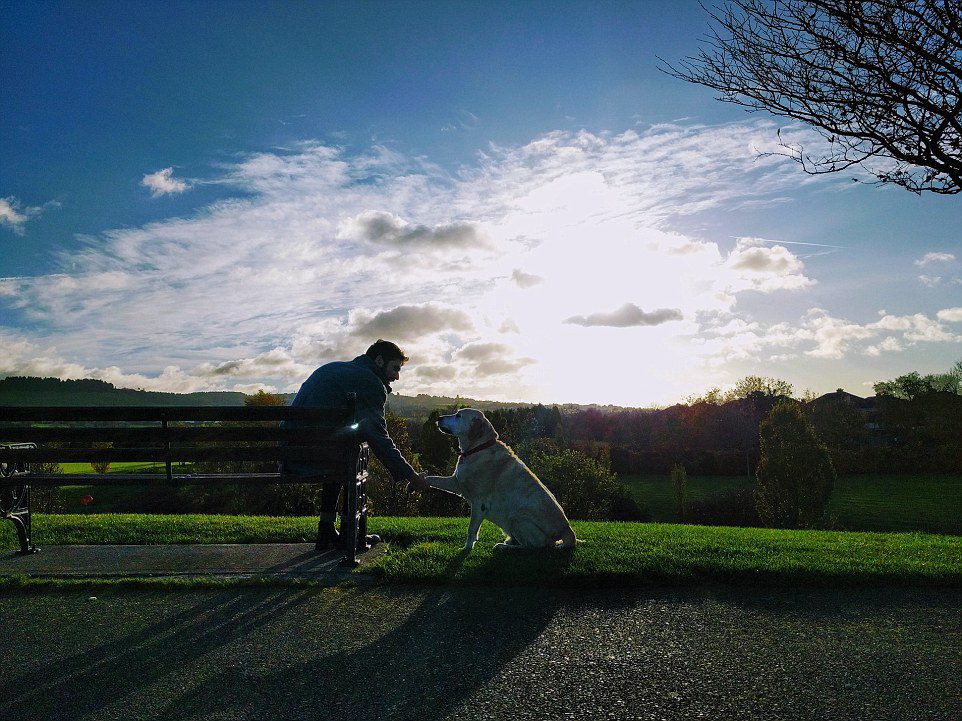 With Eddy the yellow Labrador on the Emerald Isle; the couple say their stay in Rathcoole, Dublin was an unexpected surprise – and they found it very hard to leave their four-legged friend behind when they left after three weeks 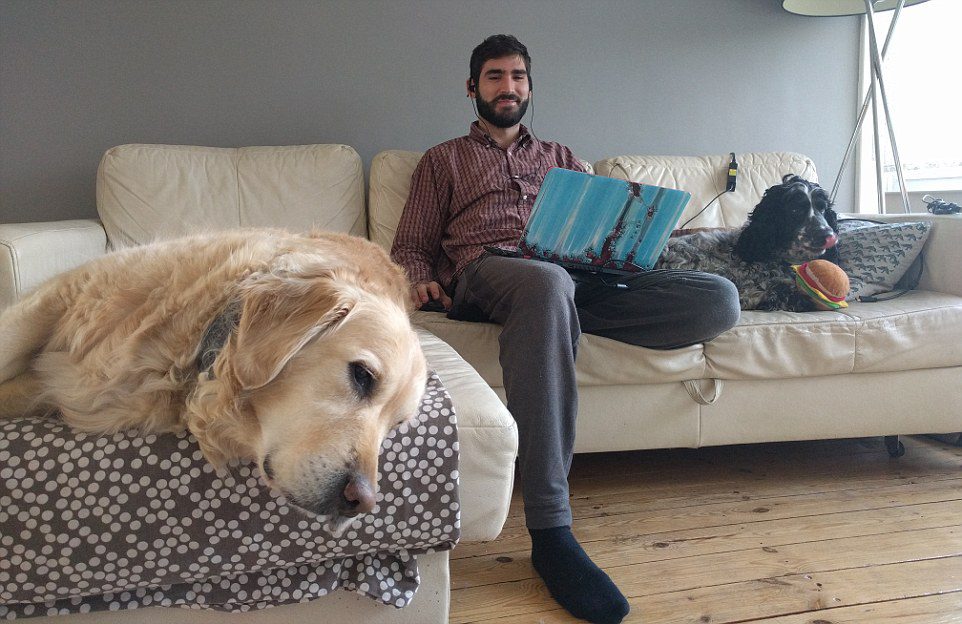 After falling in love in 2015, the couple decided they wanted to see the world together from their base in Buenos Aires.

However, after traveling through South and Central America, their bank balance began to show strain and they looked at other ways to make money.

Ben, who funds travel costs by working for an online language company, explains: ‘We met in 2015 and wanted to travel the world, but we were self-funded and after six months we began looking at house-sitting.

’19 house-sits later and we’re still in contact with all of the families we’ve stayed with.’

‘It’s a great way to travel without feeling like a tourist, we can be dealing with everyone from the gardener to the cleaner and end up feeling like part of the community.’

After working out that an annual subscription to the house-sitting site cost about the same as a one-night stay in New York, they took the plunge and created a portfolio that would sell them to potential property owners. 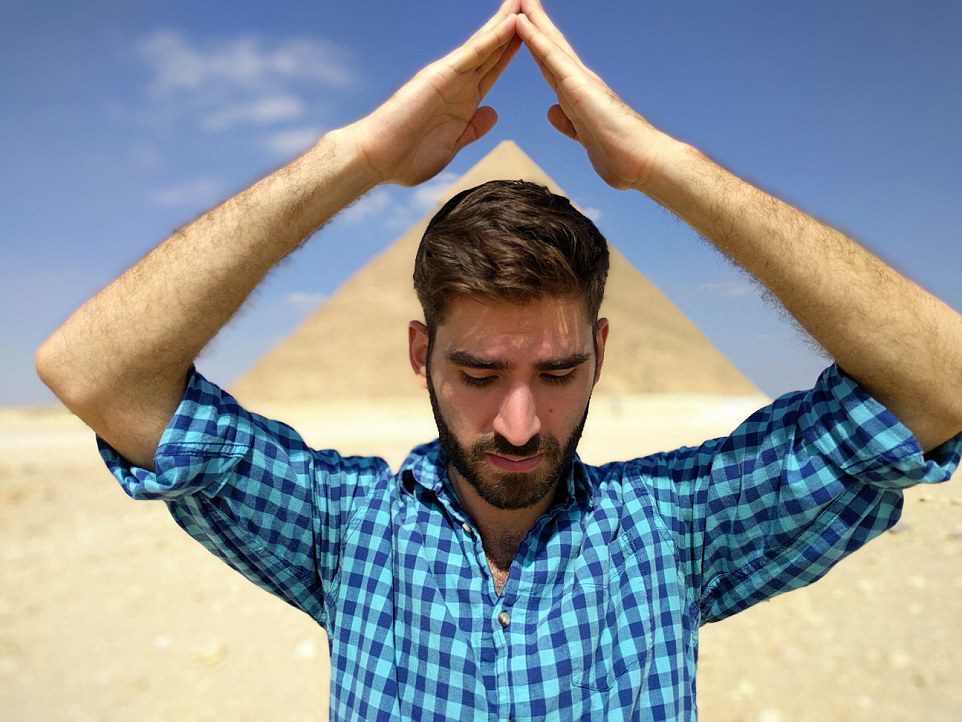 Egypt! Mariano in Cairo at the end of last year; the couple pay only for their travel and can often stay for weeks on end in the properties 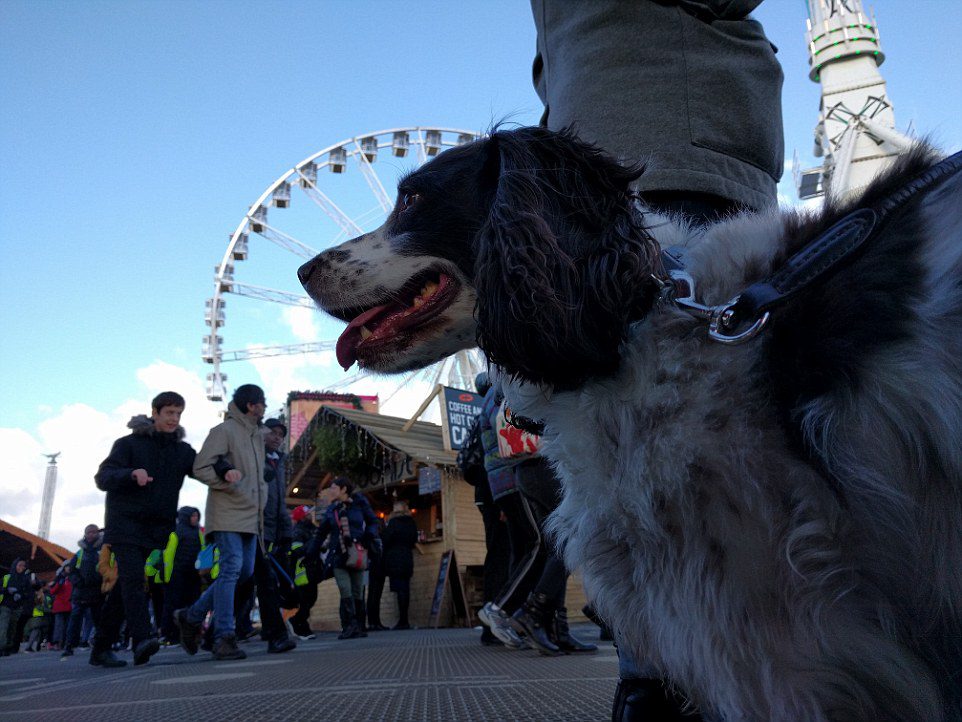 London calling: With a pooch on the UK capital’s Southbank – the couple are currently in Vietnam and say they’ll continue to live for free in people’s homes until September when they want to settle in Germany 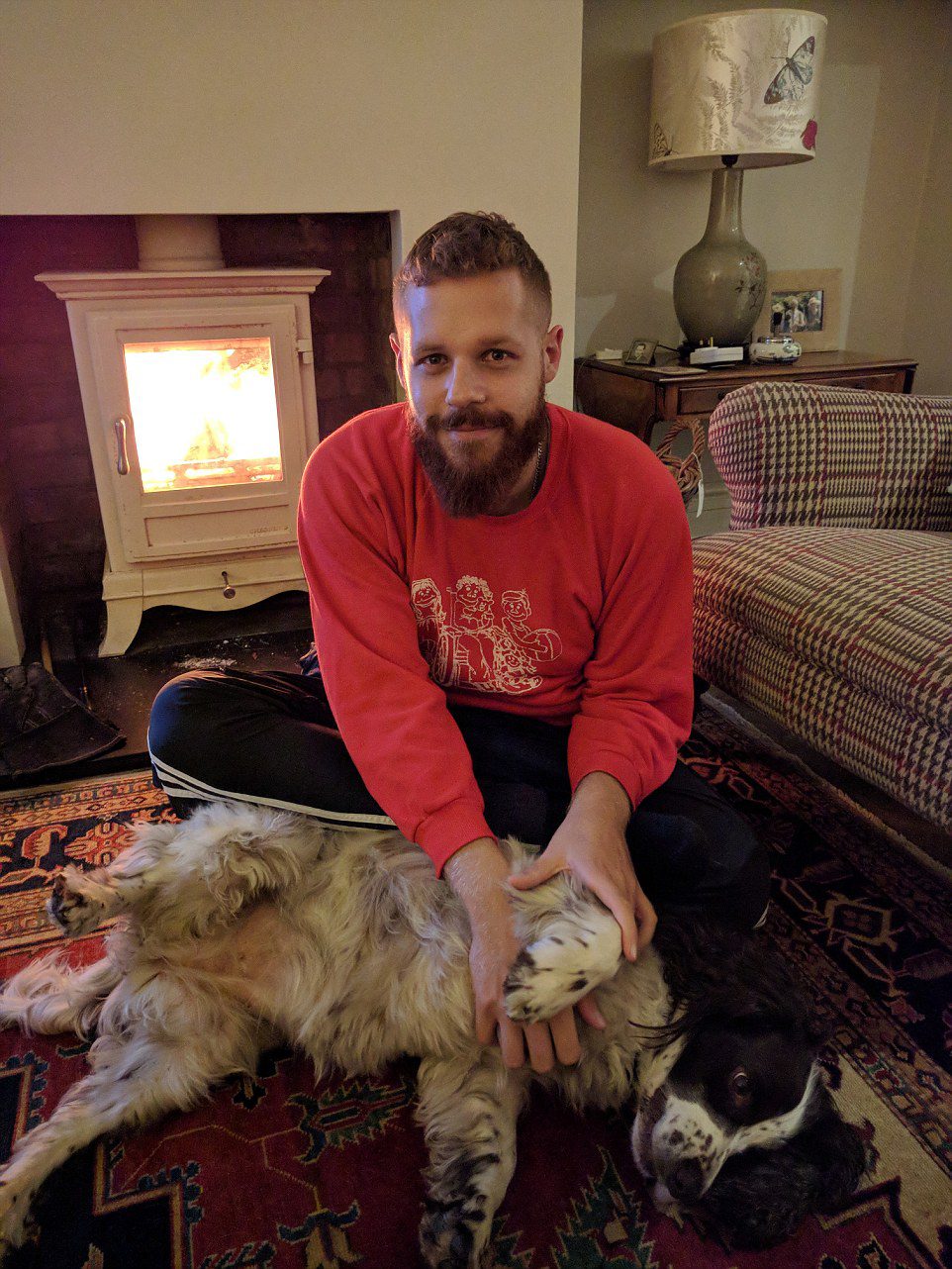 So far, so good: Ben says they haven’t had any unpleasant surprises so far…with the hardest part of their job administering medication to the pets they look after

On their first house-sit, they struck property gold in the Big Apple, staying in a ‘huge’ apartment in the city.

Says Ben: ‘Our first trip to Manhattan, we lucked out, it was three blocks from Central Park with the biggest terrace I have ever seen. We had to pinch ourselves that it was actually real.’

But five-star palatial homes aren’t always a given: ‘Homes are comfortable, so even though they’re luxurious, they’re still someone’s home – they’re lived in.’

He says the biggest mod cons they’ve come across is swish kitchenware, which seems to be a given in the homes of the well-heeled.

Ben jokes: ‘We’ve learned how to use a lot of induction hobs!’ 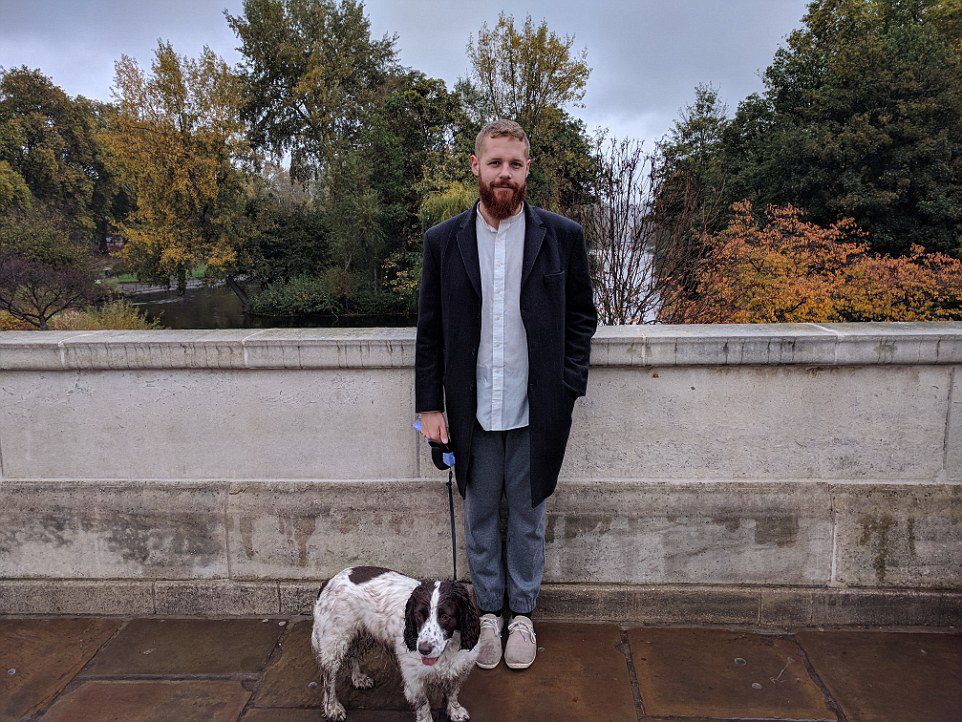 Of all the homestays they’ve enjoyed so far, they’ve managed to keep in touch with every property owner and say they envisage visiting properties again in the future Sight-seeing! Mariano and Ben traveled on their own budget for six months before feeling the pinch financially and deciding to try house-sitting 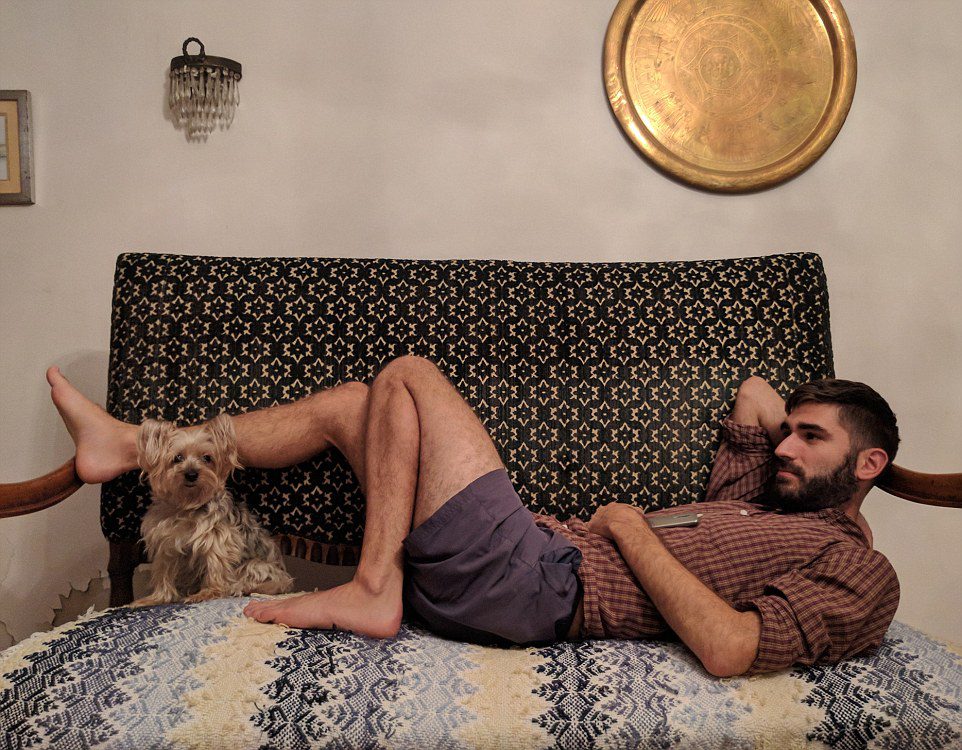 Often the couple will be expected to liaise with house staff, which they say makes them feel part of the home Hello fella! This beautiful blonde lab enjoys a cuddle with Ben during one of their stays

And their best house-sit to date? Falling head over heels for a yellow labrador called Eddie while staying at a house in Rathcoole, on the emerald outskirts of Dublin.

Ben explains: ‘It was unexpected, we had dinner with the family the night before they were going to their son’s wedding in Peru and just really enjoyed our stay.

‘Eddie the yellow lab was really old, and after three weeks of caring for him it was really hard to leave.’

The couple says they plan to keep traveling until September when they’ll settle in Germany, where Mariano is planning to study. 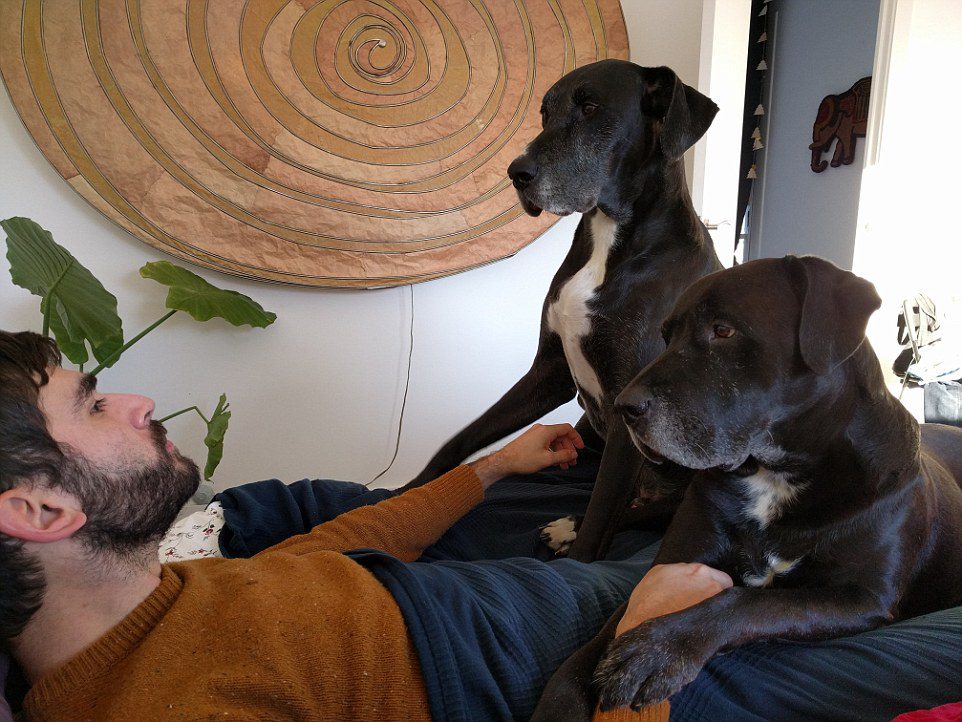 After deciding to commit to house-sitting, the globe-trotters made a mini portfolio to share with potential property owners 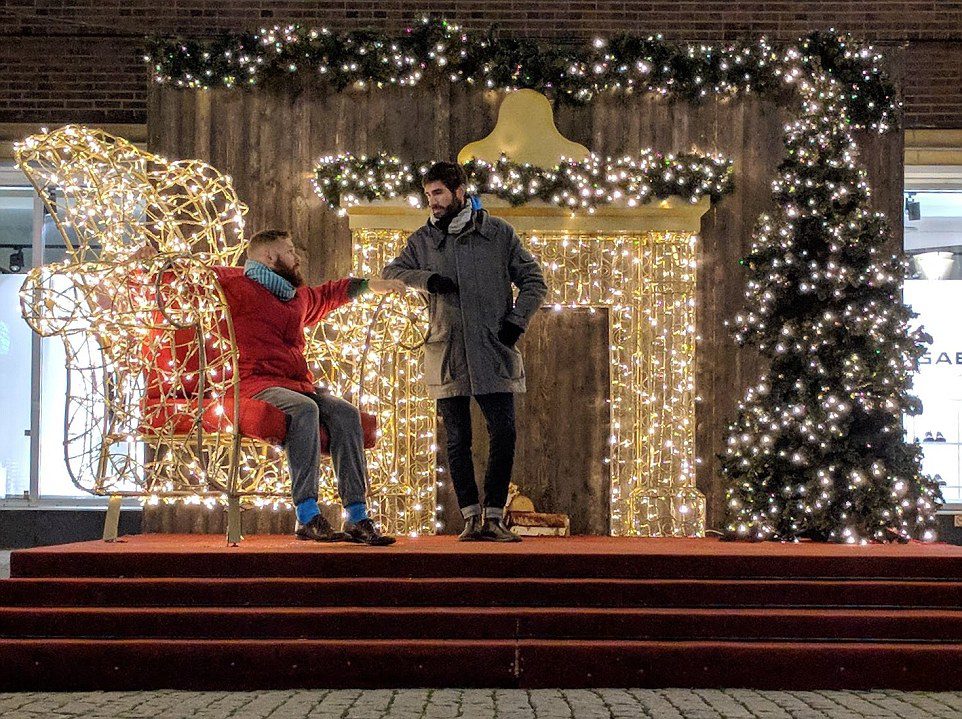 Swedish Christmas: A trip to Mullsjö in Sweden proved another winning trip – Ben and Mariano were greeted with nearly a meter of festive snow upon arrival Another trip no travel agent could conjure up was to Mullsjö in Sweden.

‘There was almost a meter of snow when we arrived and such a cute lady, a Brit who’d lived in Sweden for 20 years, greeted us at the train station.

‘We looked after her dog and cat and she trusted us to decorate her home for Christmas and we had great fun doing it.’

The pair has since traveled east across the world with the house-sitting company, which was founded in 2010, including Vietnam, Indonesia, the US and across Europe and plan to keep going until summer’s end – and as often as they can from then on.

‘We’ll keep doing it after that; if we need a weekend away or some time alone. It’s a fantastic way to see the world without feeling like a tourist’

Ben added of their adventure: ‘Every single house-sit was a unique and humbling experience that enabled us to share in the lives of amazing people and pets who we are lucky to now call friends. It was thanks to TrustedHousesitters that we have been able to connect with so many people and visit so many places on such an intimate level – all the while saving a lot of money.

‘We’ve saved somewhere around probably $18,000 by traveling the world like this and gained so many unforgettable memories along the way.”