Alex Harrison, 33, proudly shared the horrifying footage on Facebook and Snapchat of him lashing his teenage daughter with a belt then shaving off her hair as punishment for downloading Snapchat.

At the beginning of the footage, he said: ‘She wanna be grown, she getting her a** whooped n her hair bald. School is for work, not f****** Snapchat. She ain’t got no business with no damn snap anyway. Stay tuned.’ He was arrested on child cruelty charges shortly afterward.

Ferriday Police Department refused to say whether or not the girl was still in the home or if she had been taken into the care of authorities.

A department spokesman refused to answer and said the footage was still under investigation. Alex J. Harrison is seen in the above video standing over a teenage girl and whipping her repeatedly with a belt in shocking footage which he shared on social media boastfully to show how he disciplined the girl

The video shot by someone else, cut to Harrison shouting at the girl as she wept into her hands, her hair already shaved off. Her father is standing over her in a red t-shirt as she lay on the edge of a couch at his command.

The father whipped her with a belt several times, ignoring her agonizing screams and telling her to move her hands and feet which she used to try to block the blows.

The horrific beating lasted a minute-and-a-half and included 50 strikes.

Harrison can be heard shouting: ‘You want to be grown?’ throughout the video.

He insulted the girl’s personal hygiene and said she did not know ‘how to change her tampon.’

He led her into another room in the house, after whipping her repeatedly, he sat her down at a breakfast bar and shaved off her head.

‘This is what it means to be grown,’ he said. 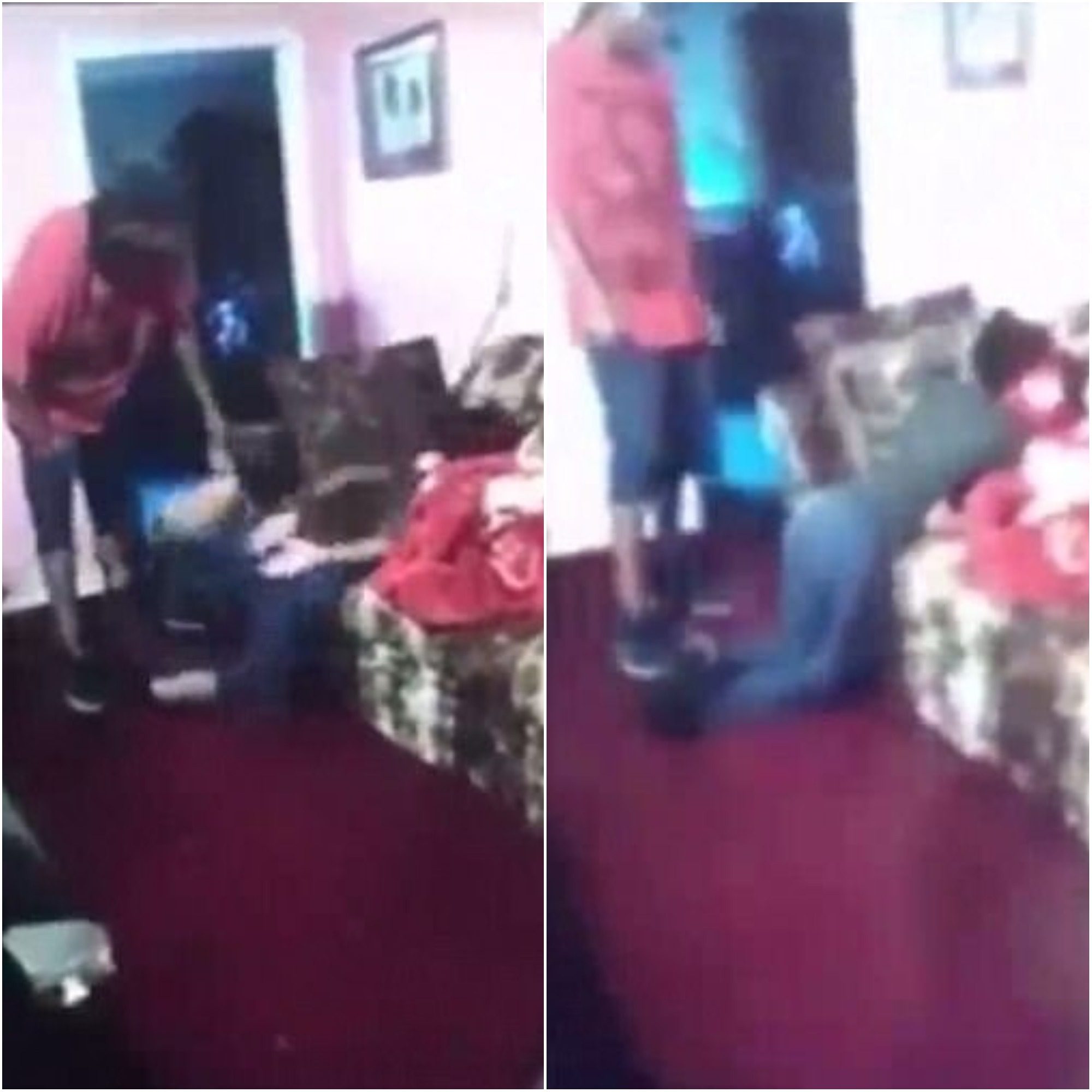 Harrison yelled at the girl between strikes, telling her to move her hands and feet as she tried to block the blows 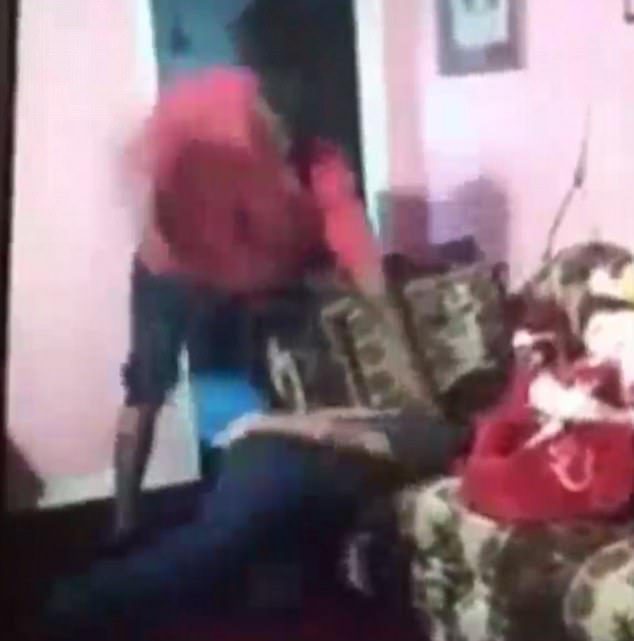 At one point, Harrison held the girl down by her neck before striking her again The man then led the girl into another room in the house to have her head shaved. She cried into her hands as he clipped away at her hair 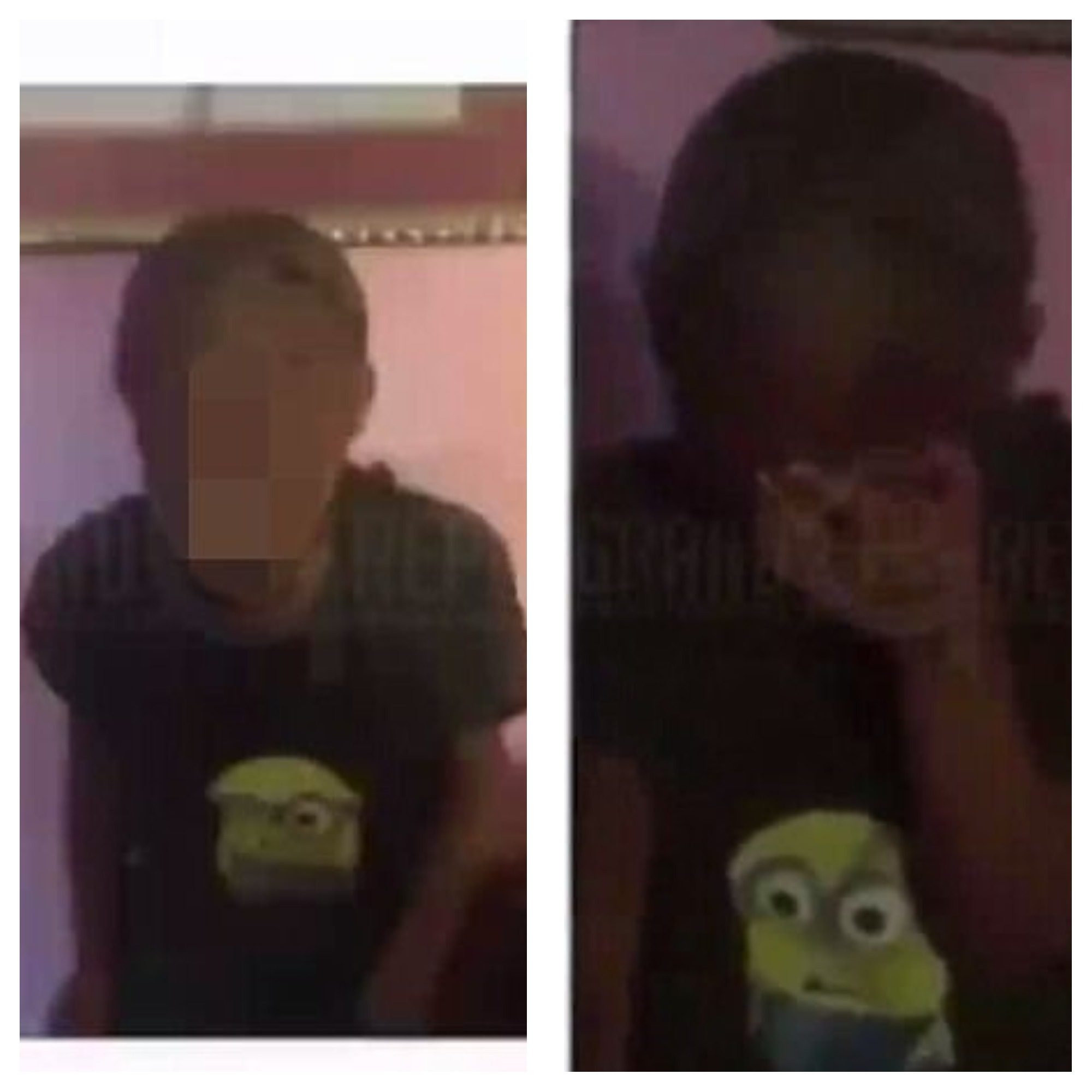 At the end of the video, the father made the girl stare into the camera to show her bald head. She cried into her hands as he yelled at her 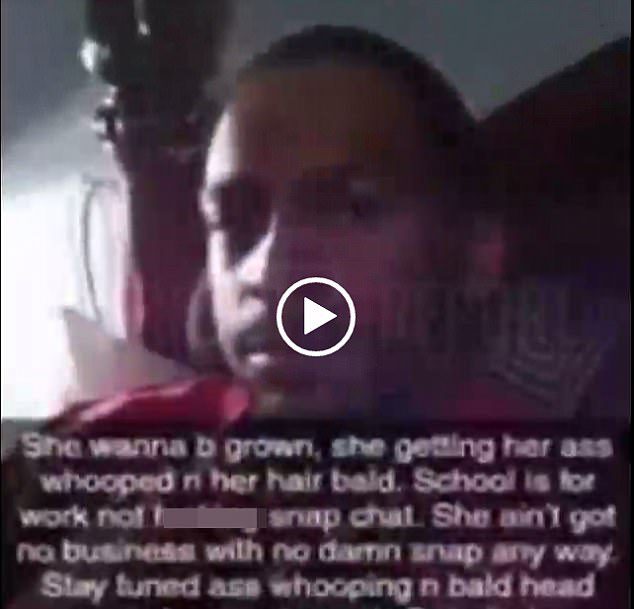 At the start of the video, Harrison explained the beating. He told Snapchat followers it was punishment for the girl downloading Snapchat

The girl whimpered and cried into her hands as her hair fell to the floor around her. The 30-year-old was arrested at his home on Monday

Harrison was arrested after the video was spread online.

‘After reviewing the video, from my experience in the business, we determined the child was abused,’ Detective Richard Madison said.

On social media, he has proudly shared photographs of a girl around the same age. 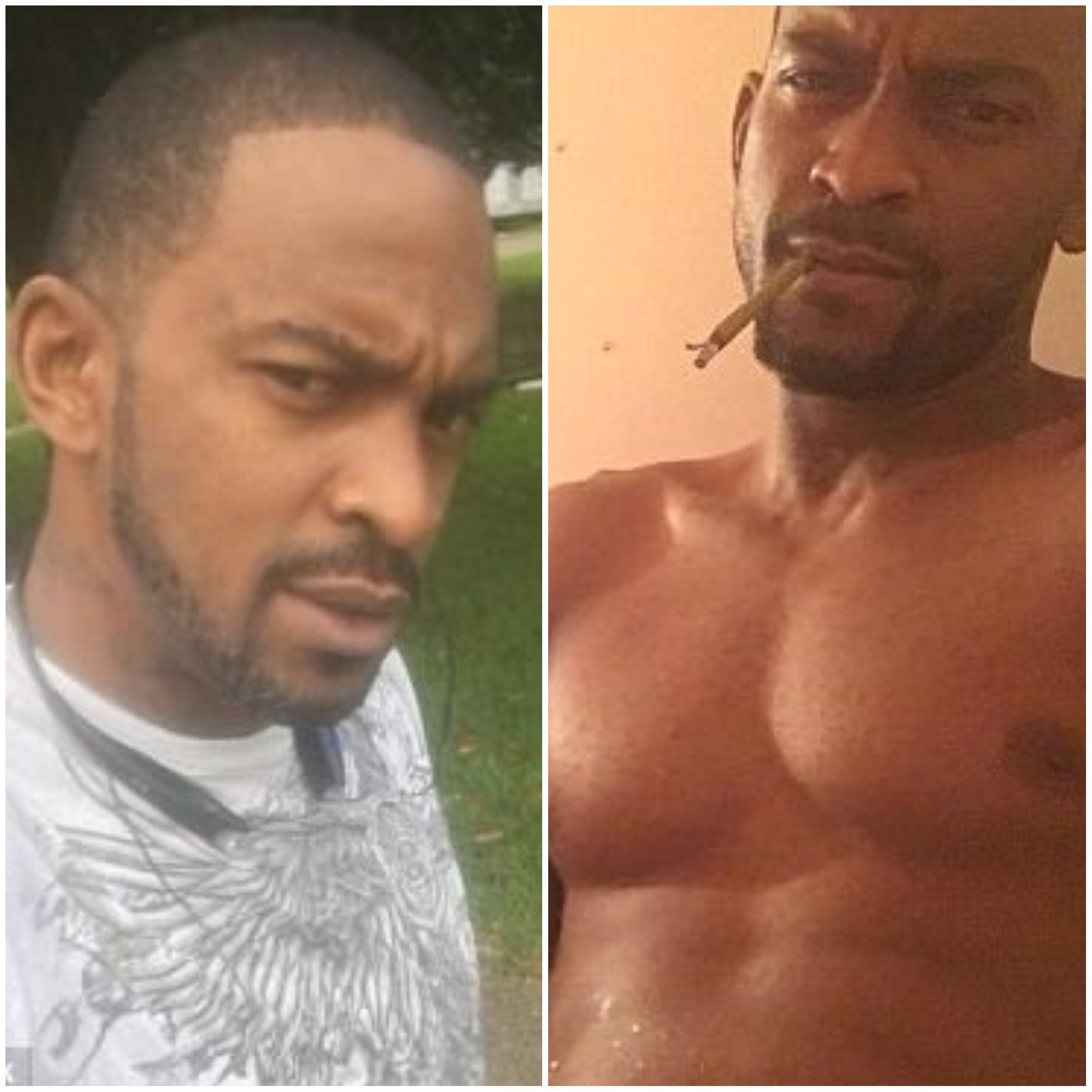 Harrison, 30, was arrested for child cruelty. He is believed to have two daughters 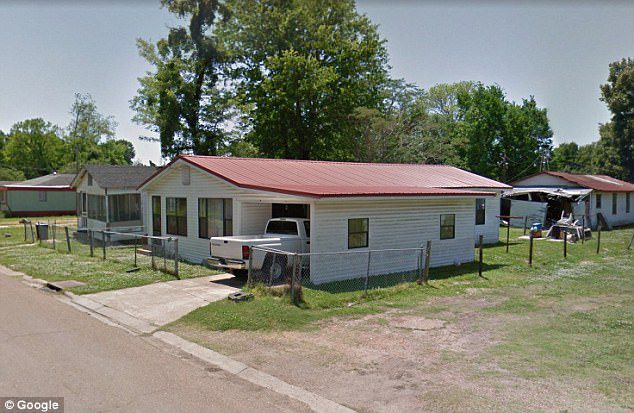 The father was arrested at his home in Ferriday, Louisiana, on Monday