Horrifying footage shows a nursery worker kick a disabled child in the head because it had soiled its nappy.

The woman can also be seen hitting the defenseless toddler with a rucksack and slapping the back of its head while changing its nappy.

Towering over the child, she shouts: ‘You are stupid! Come here and let me clean you up.’

She then complains to a colleague: ‘I have been telling her to stop moving and to sit still. She is stupid, she understands what I am saying. She is just acting stupid.’

The confused toddler looks up at the cruel caregiver in the distressing clip, filmed by a colleague on a mobile phone in Jukskei Park in Johannesburg, South Africa.

The nursery worker has reportedly been sacked following the incident, which local authorities confirm is being investigated.

The victim’s family is reported to be pursuing criminal proceedings against the nursery. 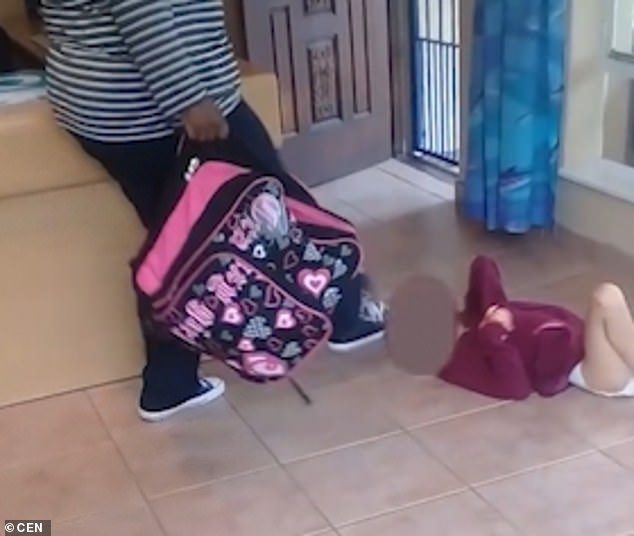 The nursery worker kicking the defenseless toddler in the head in Jukskei Park in Johannesburg, South Africa 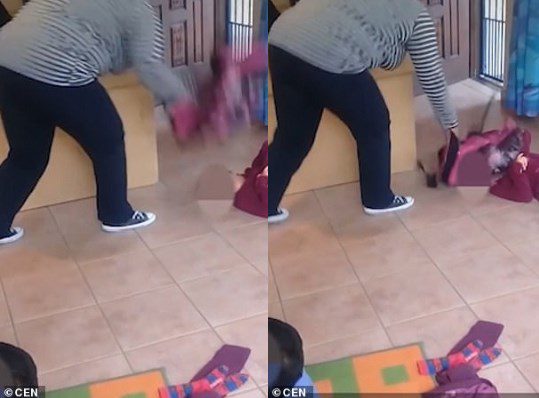 The woman hits the child, lying on its back on the floor, with a rucksack in the distressing clip