The European Court of Human Rights has ruled a woman convicted by an Austrian court of calling the Prophet Mohammed a pedophile did not have her freedom of speech rights infringed.

The woman, named only as Mrs. S, 47, from Vienna, was said to have held two seminars in which she discussed the marriage between the Prophet Mohammad and a six-year-old girl, Aisha.

According to scripture, the marriage was consummated when Aisha was just nine years old, leading Mrs. S. to say to her class Mohammad ‘liked to do it with children’. 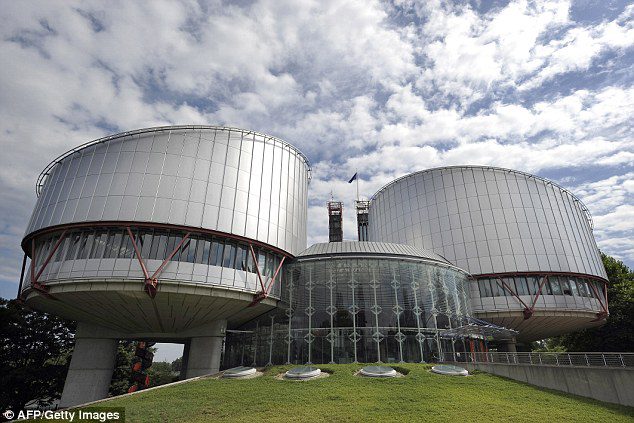 Mrs. S. appealed to the European Court of Human Rights (ECHR) in Strasbourg over her conviction for calling the Prophet Mohammed a ‘pedophile’

Mrs. S. was later convicted in February 2011 by the Vienna Regional Criminal Court for disparaging religious doctrines and ordered her to pay a fine of 480 euros plus legal fees.

After having her case thrown out by both the Vienna Court of Appeal and Austria’s Supreme Court, the European Court of Human rights backed the courts’ decision to convict Mrs. S. on Thursday.

The ECHR found there had been no violation of Article 10 (freedom of expression) of the European Convention on Human Rights.

In a statement on Thursday the ECHR said: ‘The Court found in particular that the domestic courts comprehensively assessed the wider context of the applicant’s statements and carefully balanced her right to freedom of expression with the right of others to have their religious feelings protected, and served the legitimate aim of preserving religious peace in Austria.’

‘It held that by considering the impugned statements as going beyond the permissible limits of an objective debate, and by classifying them as an abusive attack on the Prophet of Islam which could stir up prejudice and threaten religious peace, the domestic courts put forward relevant and sufficient reasons.’

Mrs. S. had complained to the European court that the domestic courts failed to address the substance of the impugned statements in the light of her right to freedom of expression.

She also claimed that ‘her criticism of Islam occurred in the framework of an objective and lively discussion which contributed to a public debate’, and had not been aimed at ‘defaming the Prophet’.