I don’t know about you, but I’m crazy about two things: the color pink and antiques.

So when I saw this stunning, all-original, 1950s kitschy kitchen, I immediately fell in love!

According to the homeowner, furniture maker Nathan Chandler, the house was built in 1956 — but was never lived in until he came along in 2010!

When he moved in, the twinkly appliances — state of the art during their time — had never been used, and their original manuals were still taped to their sides! Why was the house never occupied? That’s still a complete mystery!

Today, the powder pink counters and appliances might turn many off — but did you know that the color pink played a very important role in the 1950s?

What do you think? Do you like the bubbly pink, or is it a little too much? 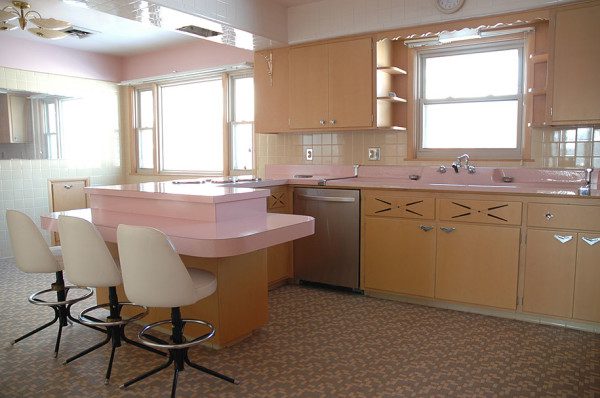 The color pink actually had a deeper meaning for people living in the 1950s. 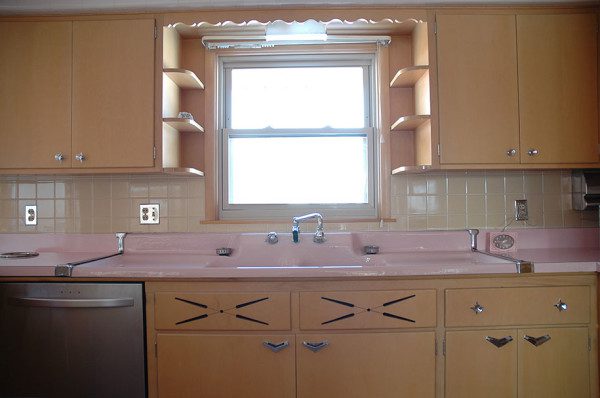 Inspired by the favorite color of First Lady Mamie Eisenhower, pink was an exceptionally popular color for kitchens and bathrooms in the 1950s. Mamie loved the color so much, even her cotton balls were pink! 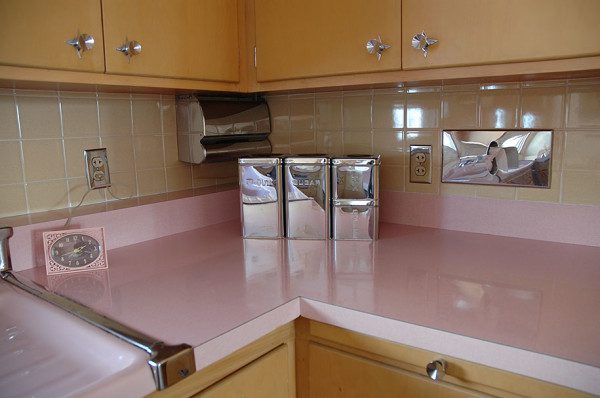 Dubbed “Mamie pink,” the color soon became a national symbol for the joy felt at the close of WWII and the remaking of the American household. 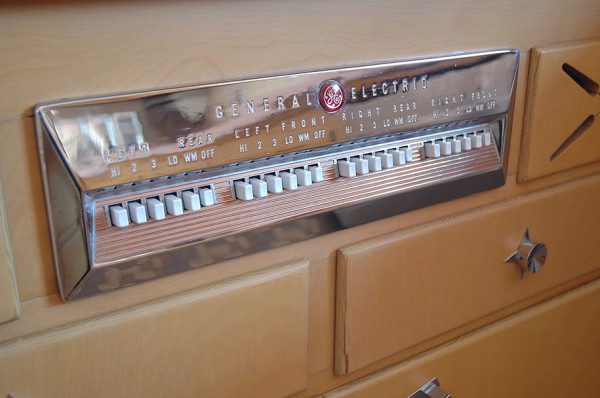 Mamie, so refined in her lovely shades of pink, became the ideal model for an American housewife. “Ike runs the country. I turn the pork chops,” she once famously said. 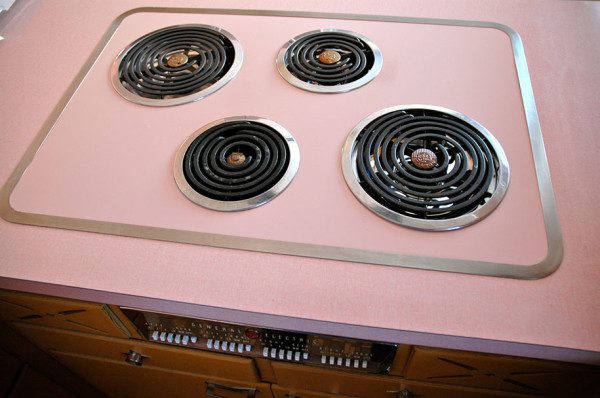 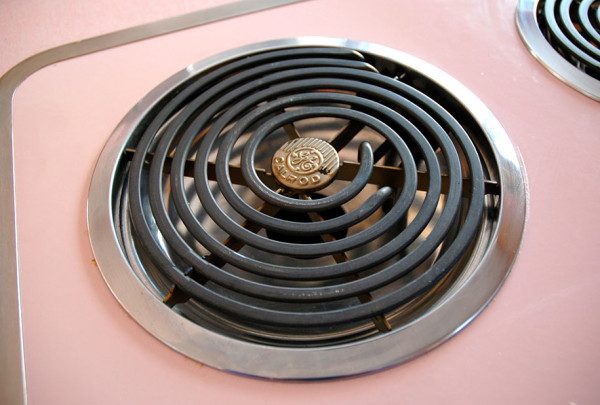 Because of her, pink was suddenly a symbol of class, refinery, and patriotism. 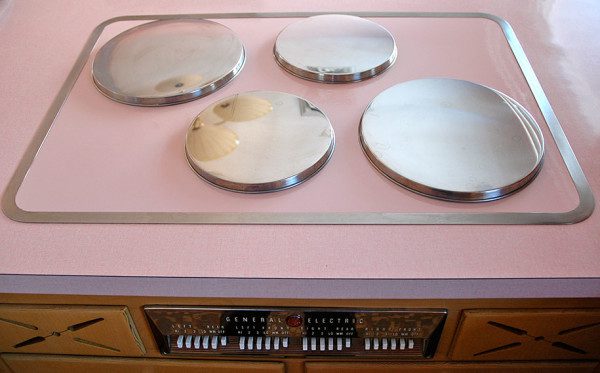 Contrary to our modern perspective, pink was not seen as a “girly” or “feminine” color. Housewives dreamed of homes slathered in pink. 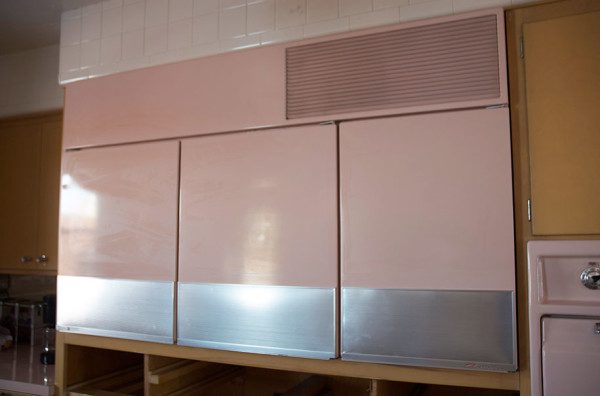 It’s estimated that over five million households featured a pink kitchen or bathroom — or both! 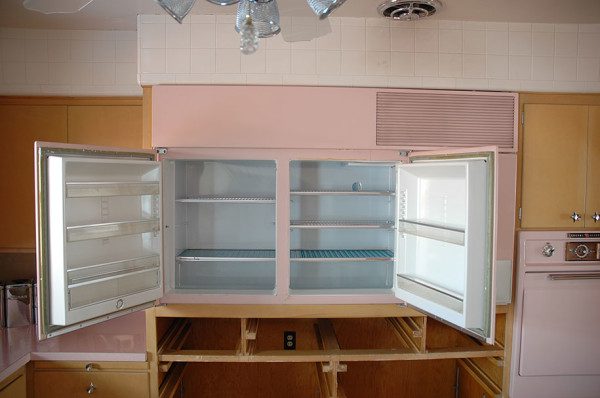 It’s rumored that Mamie always carried around paint swatches of pink, green, and cream. Throughout all of her military moves, even into the White House, Mamie used these swatches to make her house a home. She got to painting and decorating right away. 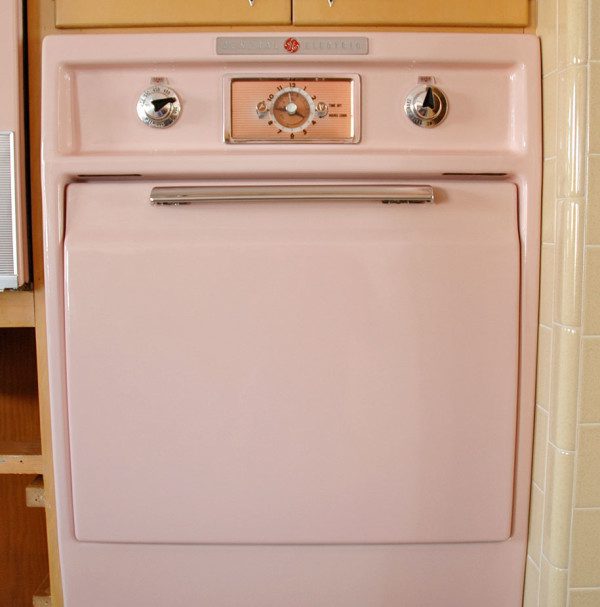 The presidential headquarters was so pink, the White House was actually dubbed the “Pink Palace.” 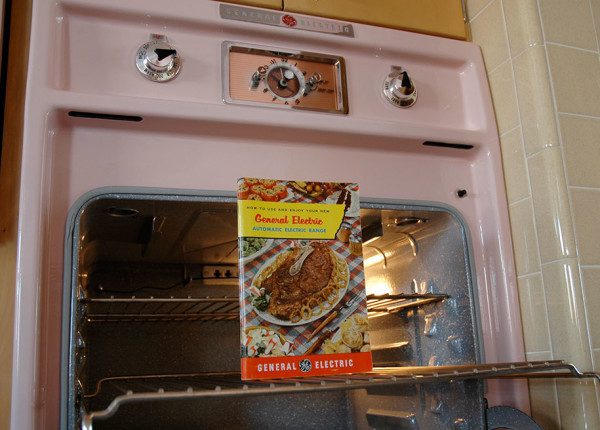 With pink appliances in such high demand, this kitchen must have been quite the dream! 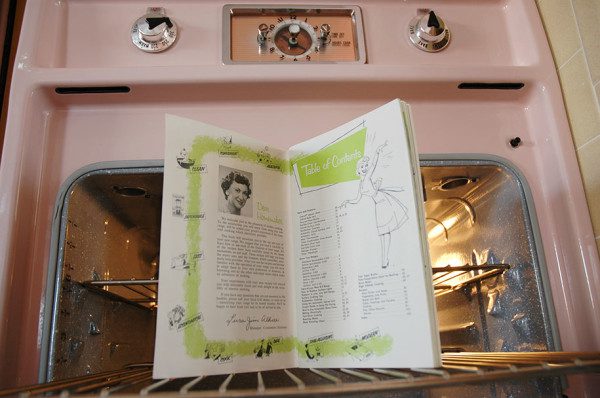 It’s like a time capsule of the 1950s. The appliances still have the original manuals. 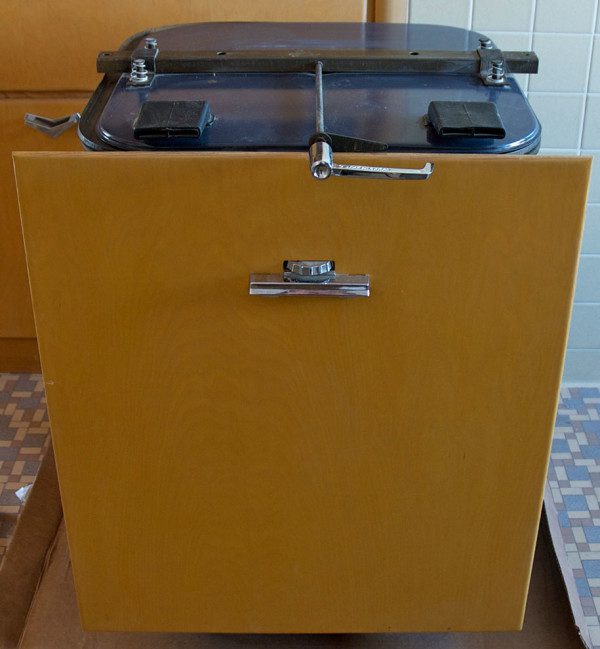 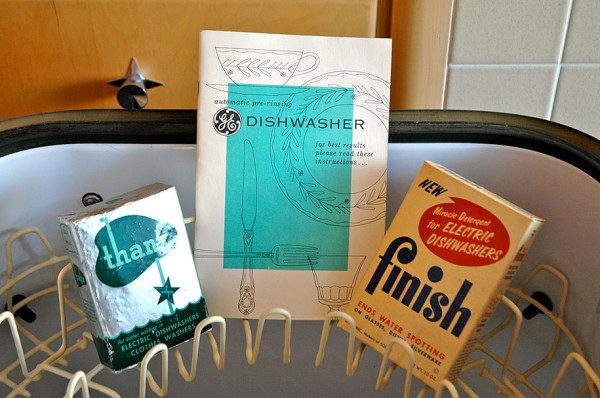 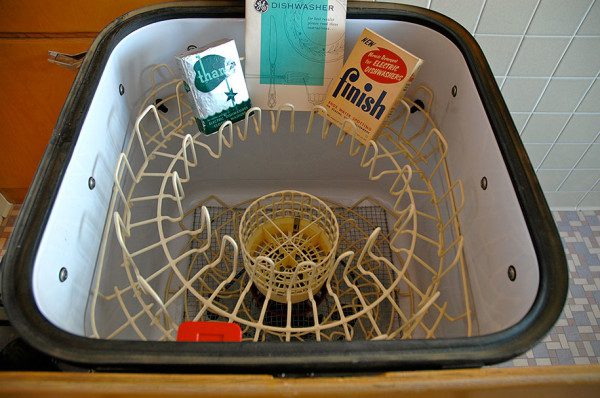 That’s why this kitchen is so special! It’s a little piece of American history that we can enjoy for a long time. Would you ever live in a 1950s house?