A woman has revealed how, after a decade of shaving her face, finding love with a stunning model gave her the confidence to grow a ‘hipster beard.’

Bearded lady Nova Galaxia, 26, was diagnosed with polycystic ovary syndrome (PCOS), which causes excess facial hair when she was 15-years-old.

She shaved her beard for years, but finding love with a model has given her to confidence to wear her beard with pride.

Ash Byrd, 25, of Virginia Beach, Virginia, instantly accepted a date with Nova, who made her move after seeing the model in a fashion show. Confident: Nova Galaxia, 26, from Virginia was diagnosed with polycystic ovary syndrome (PCOS), which causes excess facial hair, when she was just 15-years-old

A couple of six years, Ash said of video transcriber Nova: ‘I love her beard. It’s a part of us as a couple now.

‘Yes people do stop and stare at us, watch us walk down the street and ask Nova random questions to determine her gender, but she’s never been happier and that makes me proud.

Because of her condition, where hormonal imbalances cause a woman to develop cysts on her ovaries and grow excess facial hair, Nova suffered years of bullying about her beard. 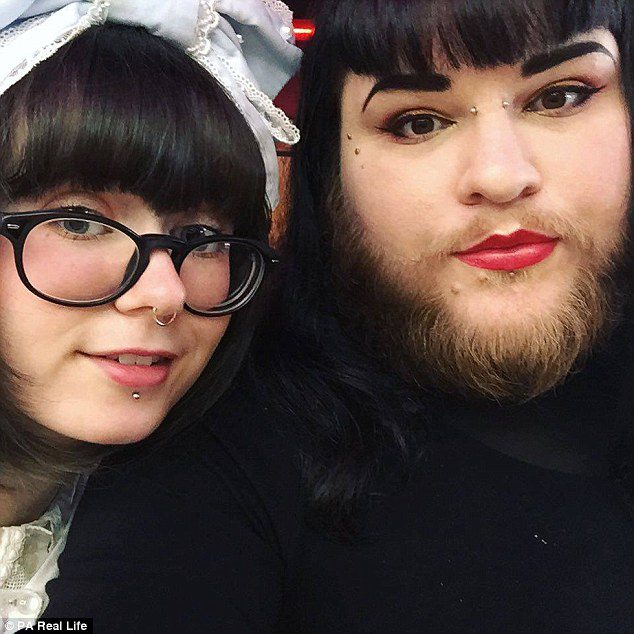 In Love: Nova says falling for model Ash Byrd, 25, has given her the confidence to grow her beard 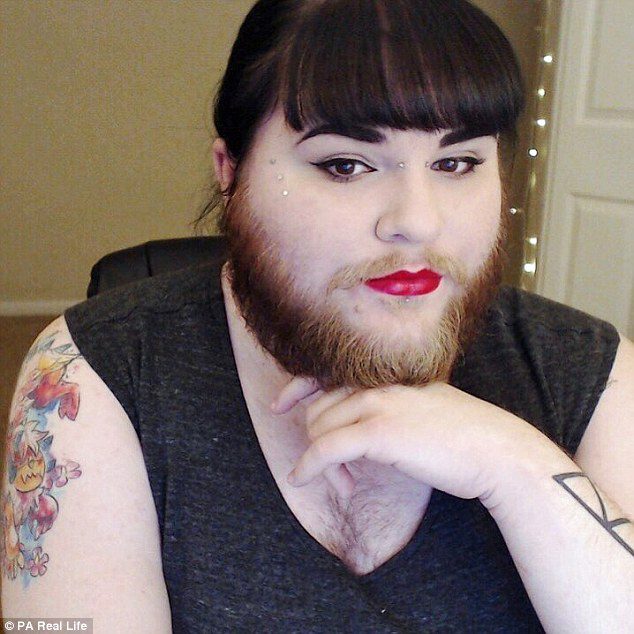 Diagnosed: After she started her periods at 11-years-old they then stopped and never returned

She was 11-years-old when her periods started, but they then stopped, suddenly, a year later, never resuming – which has been attributed to taking birth control pills to regulate her hormones for the PCOS as a teenager.

She also began developing facial hair, which she shaved and was diagnosed with PCOS, aged 15 – only telling those close to her about her condition.

‘A boy in my class at high school pointed at my face and said I had a better beard than he probably ever would,’ Nova recalled.

‘By this stage, I was shaving every single day before school. It was getting really thick and I would have a panic if I ever forgot my razor at sleepovers.

‘I’d get up early and shave, pretending I was desperate for a shower, but really I couldn’t stand to let myself be seen with a beard.

‘I confided in my long-term girlfriend at the time, but apart from that, very few people knew. It was my dark secret, because of the pressures from society on women to shave all their hair off and confirm.

‘I was worried people would think I was a freak if I let my hair grow out.’

But Nova’s life changed after finding the courage to ask Ash, who does not identify as male or female, out on a date in 2012. 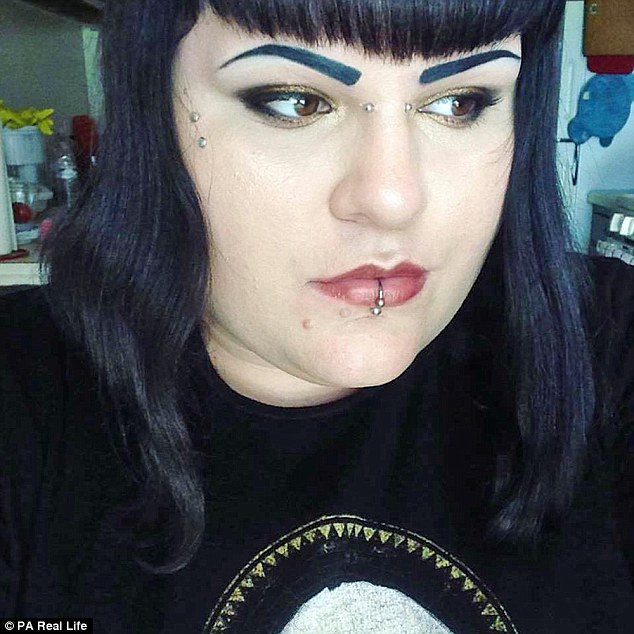 Bullied: Nova said that her classmates would tease her about her facial hair, but she told very few people about her condition 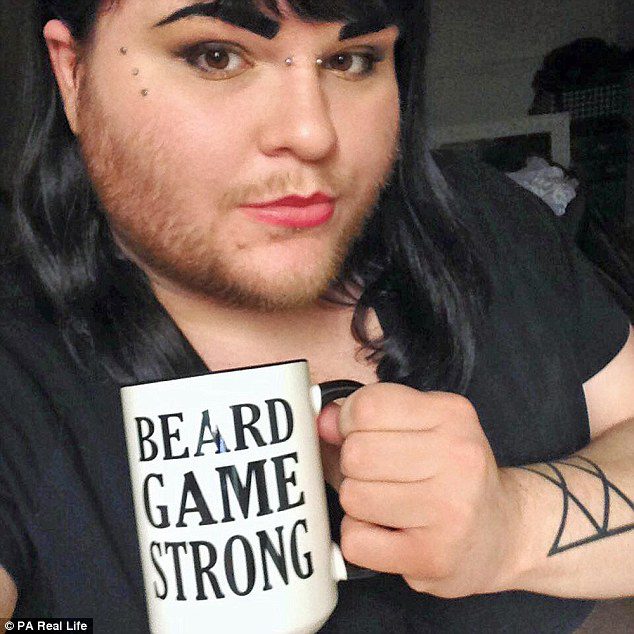 Beard game strong: As a child she would bring razors to sleep overs and kept up early to shave her beard so her friends didn’t know

Nova said: ‘I saw Ash on the runway and I thought ”how cute”. We got talking and I realized this gorgeous model and me had a lot in common.

‘I asked Ash out, we went on a date and were living together three months later.’

Within weeks of dating, Nova shared her secret, with partner Ash responding: ‘I’ll love you no matter what.’

When they first met, Nova was shaving her face, back, chest and legs. Before and after: Last October she threw her razor away and decided to grow her beard, which she shampoos every day Loved up: She told Ash about her condition just a few weeks into her relationship, and the model was very accepting

She continued: ‘It was becoming too much. I started speaking more about my condition and telling friends that I shaved my face.

‘That’s when I realized I wasn’t alone and everyone loved me for me, not for the way I looked.’

A major turning point came last year when British woman Harnaam Kaur, 24, who also has PCOS, hit the headlines after bravely growing out her beard and talking about the condition – inspiring Nova to follow suit.

So, on October 31, 2017, backed by Ash, she threw her razor away, embracing her facial hair – and has never looked back. 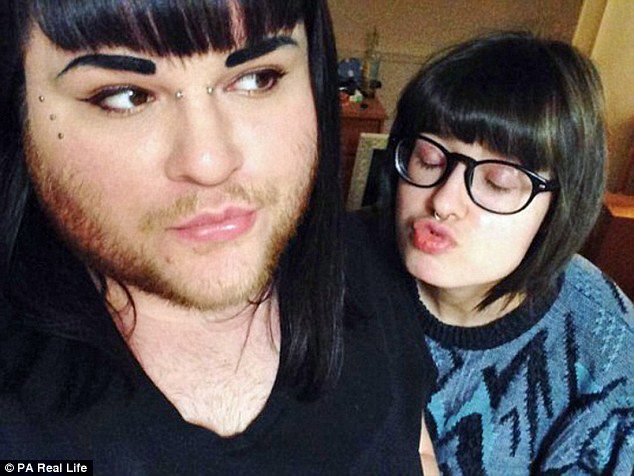 Supportive: The couple met in 2012 when Nova saw Ash walking the runway in a fashion show and asked her on a date Embracing her condition: As well as excess facial hair, PCOS causes irregular periods and cysts on the ovaries

‘It was scary at the start, but now I love my beard. I shampoo and condition it every day and always make sure it’s been beautifully brushed to keep it looking its best,’ she said.

‘People don’t talk about PCOS, even though it’s really common and I want more women to realize they are not alone.’

Despite some negative reactions from strangers, Nova has received a lot of positive comments about her beard – not least from Ash, who said it looked ‘cute.’

‘People will come up to me and ask really random questions, just so they can hear me speak and see if my voice helps them to determine my gender,’ she said. 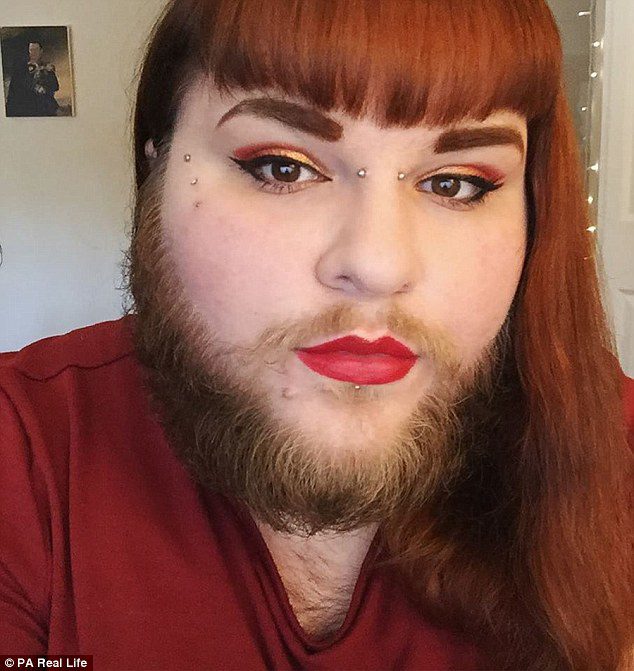 Happy: Nova says she keeps her beard well maintain so make sure its ‘looking its best’ 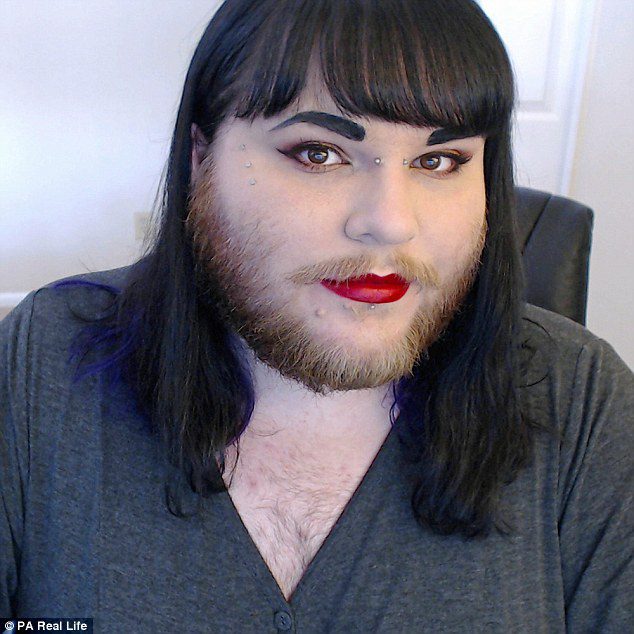 Raising awareness: She wants other women with PCOS to realise they’re not alone

‘I’ve received some cruel comments from strangers and trolls online.

‘People have accused me of pretending to be a woman, or they think I’m transgender, but I don’t care. It’s not an insult to be trans, I’m just not – I’m a gay woman.

‘Anyway, with my hipster beard, I feel happier now than I have ever been. I am with someone I love, who supports my decision and loves me for me and my beard.

‘I have no idea when I am going to stop growing it. It’s a part of me now, and I love it.’ 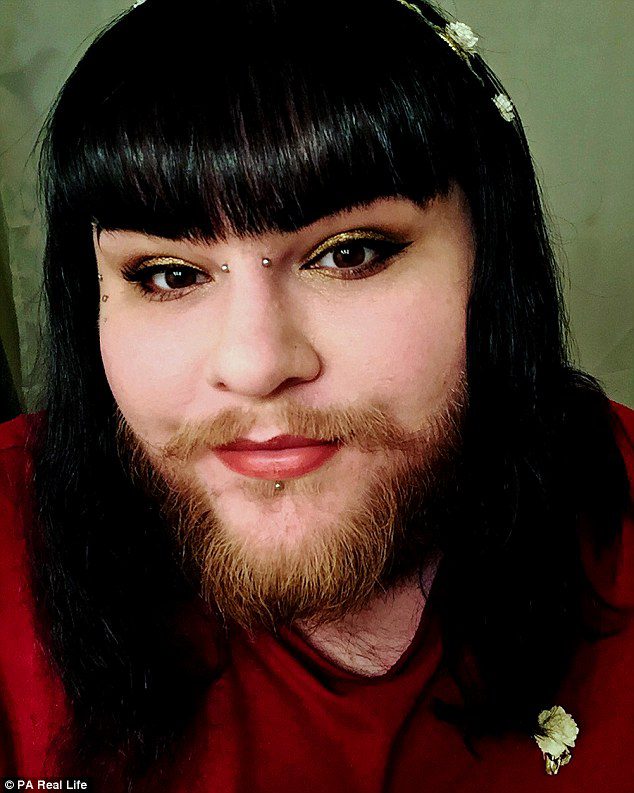 Hipster beard: Nova jokingly calls her beard ‘hipster’ and has had many kind comments from strangers about it 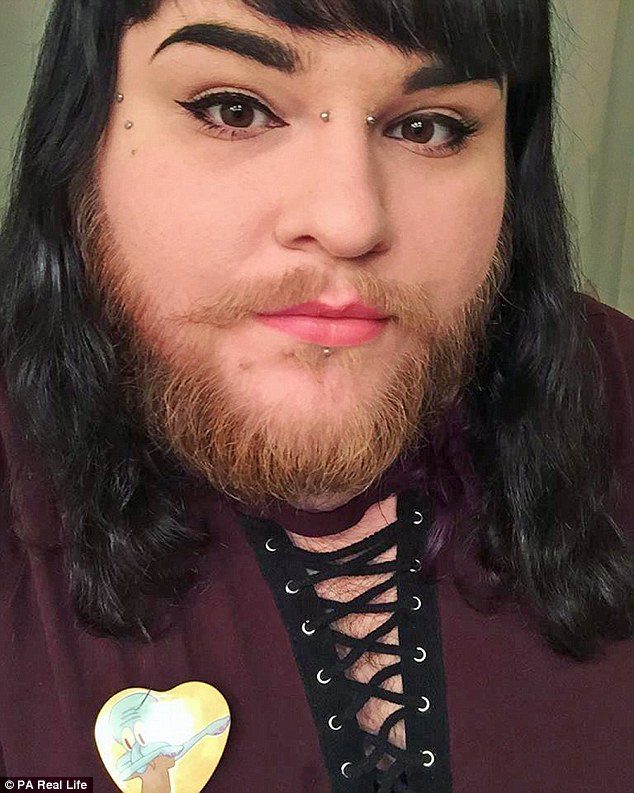 Trolled: She has also been trolled for her loos, with many people assuming she is transgender

And Ash, who also works part-time in a sandwich shop, is full of praise for Nova’s new look.

Ash added: ‘I find her beard really tickly when we kiss, but in a good way. I’ve not told my mum about her facial hair yet, but she’ll find out when we see her next.

‘It’s a part of who Nova is now, she is so confident and that’s really attractive, too.’