Indiana University Health employee Taiyesha Baker, a nurse, is under investigation after claiming white women raise sons that tend to be ‘killers, ‘rapists’ and ‘terrorists.’

The woman tweeted from an account named ‘Night Nurse’ that white boys are the ‘detriment to society.’ 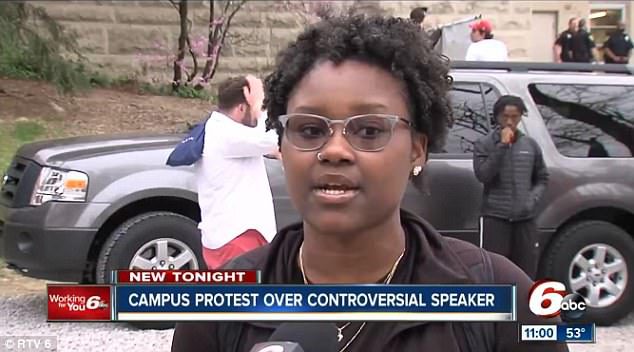 It read: ‘Every white woman raises a detriment to society when they raise a son. Someone with the HIGHEST propensity to be a terrorist, rapist, racist, killer, and domestic violence all-star.’

‘Historically every son you had should be sacrificed to the wolves. B****.’

The angry and explicit rant isn’t being taken lightly given it is one of the largest hospital systems in the nation. 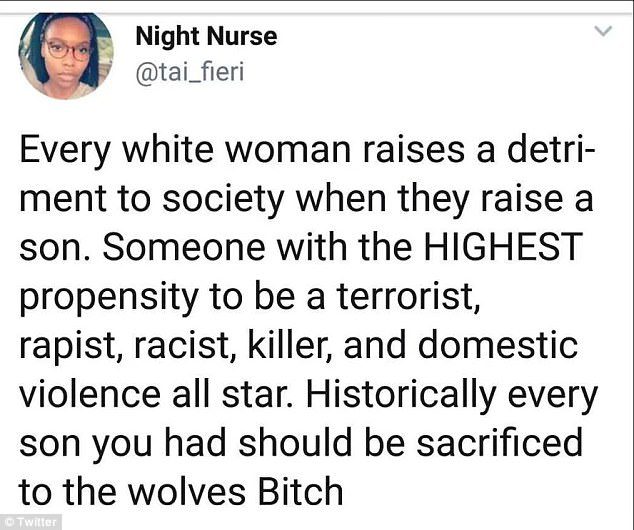 An IU Health spokesman confirmed that Baker is a registered nurse. The employee refused to reveal the hospital she is currently employed at.

‘IU Health is aware of several troubling posts on social media which appear to be from a recently hired IU Health employee,’ the hospital said in a statement.

‘Our HR department continues to investigate the situation and the authenticity of the posts. During the investigation, that employee (who does not work at Riley Hospital for Children) will have no access to patient care.’ 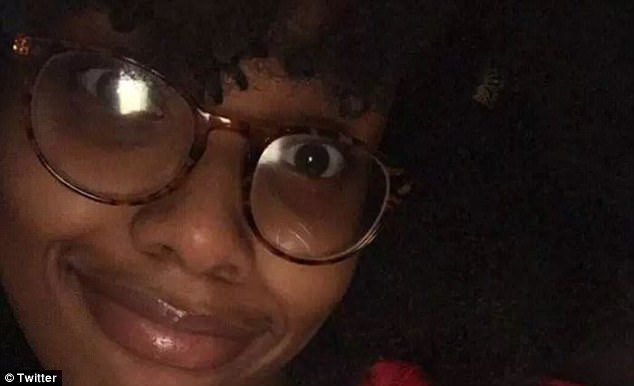 Baker was most recently issued a nursing license on October 30, according to public records.

Other accounts seemed to have picked up the tweet, @rtv6 being one of them.