A woman has come under fire on social media after she revealed how few groceries she was able to buy after spending $53 at discount supermarket chain Aldi.

The woman, Natasha, recently shared a photo online showing what she had bought which included a range of packaged meats, vegetables, bread, cereal, yogurt and cheese.

She captioned the snap: ‘$53 doesn’t buy you much these days, not even at Aldi’.

The photo was posted to an online Facebook group called: Centrelink: living on a low income, tips, hints and living frugally. 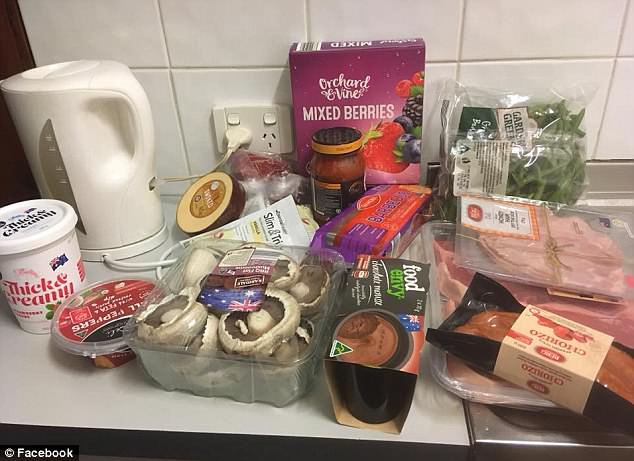 And while there appears to be little more than the than the basics to her shop, her post drew the ire of some other group members.

One, Sandy, said how she was ‘forced to live with $60 a fortnight’ and that she shops for two.

‘I buy things on (sic) bulk wholesalers, buy the sales of the local fruit shops, found a couple of fruit barns and meat barn discount local shops that sell meat around 6 dollars a kg… and lean meat at 8 per kg.’

‘One has to be resourceful these days.’

While another commented: ‘There are ways of making the shopping cheaper.

‘Buying meat is a luxury. Buy your mushrooms sliced/packaged is buying value-added food.

‘Aldi had mushroom kits for $14 this week. You could grow bucketfuls of them.’ 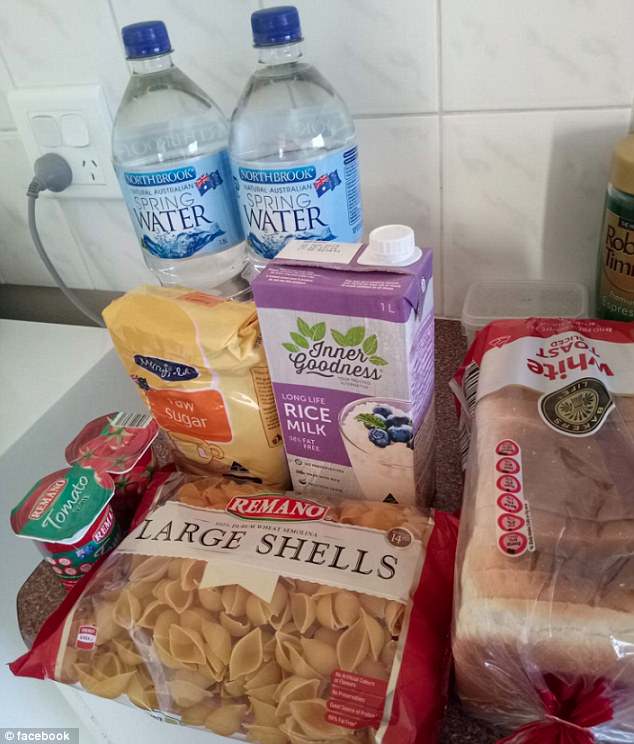 One frugal shopper Tara even went as far as to post a photo showing what she had bought for $8.15

A third, Amelia added: ‘I probably spend 80 on food which is enough to last the week. All my food is veggies.’

One frugal shopper Tara posted a photo showing what she had bought for $8.15, including pasta shells, bread, rice milk, packaged pasta sauce, sugar and bottled water. 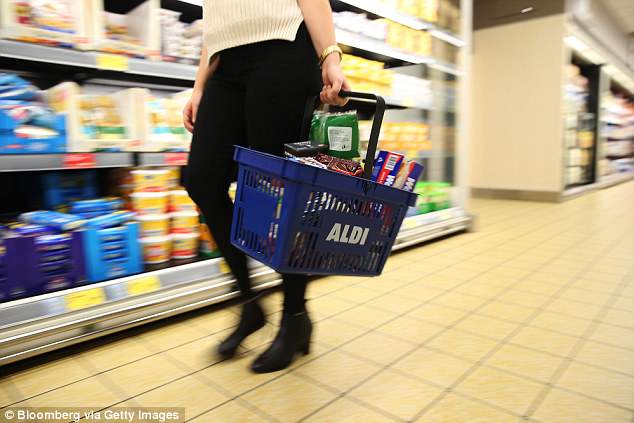 In response to those levelling criticism, Natasha offered a breakdown of her choices as well as an explanation and asked not to be judged so harshly

In response to those criticising her, Natasha offered a breakdown of her choices, as well as an explanation.

‘The chorizo does me four meals because I put it in fried rice. I’m trying to lose weight, I’m a coeliac (so bread $8), I’m anemic so red meat once a week is a must,’ she wrote.

‘The cheese is my fortnight’s snack, which I divide into daily portions.

‘I used to buy the $1 bags of popcorn, or $3 bag of chips and consume the whole lot over 2 days (hence why I am overweight) and would spend much more money on that, rather than the $4.50 cheese divided over 14 days.

‘A little information makes all the difference,’ she added, ‘so please don’t judge me so harshly.’ 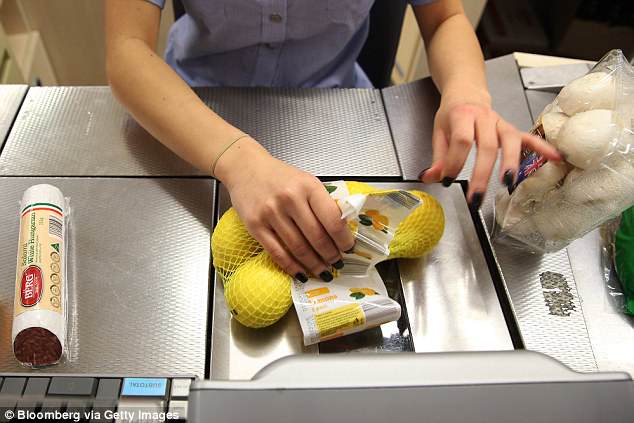 While food prices continue to rise in Australia, acccording to a previous report, Aldi was found to be the cheapest of the supermarket chains

While food prices continue to rise in Australia, according to a previous report, Aldi was found to be the cheapest of the supermarket chains.

The 2017 study, carried out by consumer advocacy group CHOICE, compared the average cost of 33 items at Coles, Woolworths, and Aldi across 110 Australian supermarkets

However, despite its cheaper prices, the German retailer showed it was lagging behind Coles and Woolworths when it came to stocking leading brand items and products with some Australian ingredients.