A Canadian man has been sentenced to two years in prison for sexually assaulting a girl and then filming it on her phone.

Drayton Dwayne Preston, 20, of Calgary, was ordered on Tuesday to 26 months in prison for raping a 17-year-old girl, who cannot be identified due to a publication ban, as she was passed out in a bedroom.

Preston, who pleaded guilty to one count of sexual assault, will also spend 20 years on the sex-offender registry list, reported CBC.

According to the agreed statement of fact, prepared jointly by the defense and prosecution, Preston and a group of friends – including Preston’s girlfriend, the victim, and her boyfriend – were partying on the night of July 29, 2016, at the victim’s house.

At the end of the night, the victim and her boyfriend, who were both drunk, went to an upstairs bedroom, had sex, and passed out. 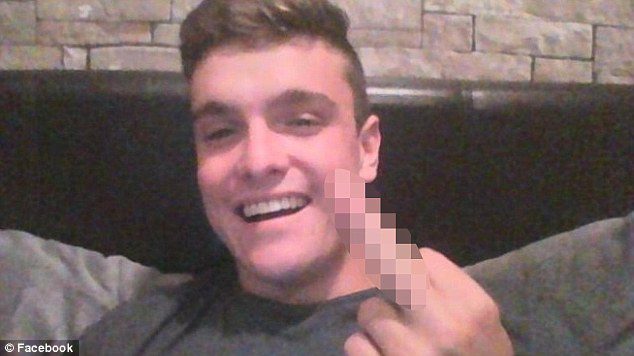 Drayton Dwayne Preston, 20 (pictured), of Calgary, Canada, is accused of raping a 17-year-old girl, while she was unconscious, in July 2016 and posting a video of the assault and photos of her genitals to his Facebook account

Early the next morning, Preston broke into the girl’s bedroom by removing a window screen and raped the victim.

She woke up in the middle of the rape but passed out again. When she woke up again, she saw Preston was on his knees at the side of the bed and so she pretended to be asleep.

He then assaulted her twice more before leaving. After he left her room, the victim told a friend who stayed the night about what had happened.

Later that night, the victim discovered Preston had stolen her phone, taken nude photos of her and recorded the assault.

According to CBC, the video shows Preston walk up to the victim’s bed, ‘remove the blanket and spread her legs, all while her boyfriend is asleep next to her’.

He then is seen sexually assaulting her before taking photos of her genitals.

The victim was later confronted by Preston’s girlfriend, who had seen the photos but believed the 17-year-old had sent them to Preston. 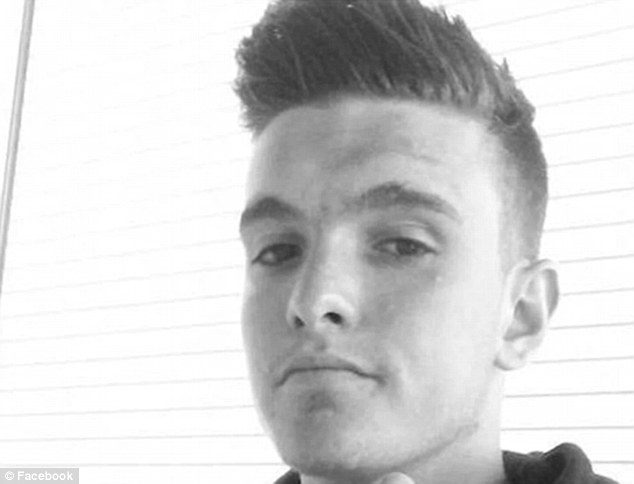 Preston (pictured) pleaded guilty to one count of sexual assault. He was sentenced to 26 months in prison and will have to spend 20 years on the sex-offender registry list

‘You’re not satisfied with committing this sexual offense, you go ahead and use someone else’s phone to take a picture…and then send it back to yourself and post it on Facebook.

‘It’s a fundamental lack of respect for others that you demonstrated.’

Prosecutor Pam McCluskey noted that a doctor, during a pre-sentence psychiatric evaluation, said Preston ‘talks about feeling sorry for himself.’

Preston was under house arrest prior to the sentencing hearing. He breached the conditions of his arrest three times and failed to attend court twice.