Home
Animals
Scientists Say Unicorns Were Real, And Here Is What They Looked Like In Real Life

Unicorns, those magical, mythical beings look something like this:

Well, it turns out they were actually REAL and coexisted with our ancestors.

A new study in the American Journal of Applied Science reveals that not only did unicorns actually roam the earth much more recently than originally thought, but the creatures looked quite different to what we’ve been led to believe.

Researchers from Russia’s Tomsk State University found a Siberian unicorn skull in Kazakhstan that they dated to 29,000 years ago. Experts had previously believed the species went extinct 350,000 years ago.

Oh, and they also think the unicorns looked like this: 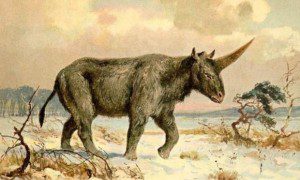 The experts say the unicorns were mammoth-like, measuring up to 6.5 feet tall, 15 feet long and weighing a whopping 9,000 pounds. Yes, we’re scared, too.