Home
Places
Believe It Or Not, This Tree Is Actually Older Than The United States Itself

In a field in Danvers, Massachusetts, there remains to this day a living piece of history that bears testament to the durability and longevity of these early settlers. It’s known as the Endicott Pear Tree. It’s the oldest living cultivated fruit tree in all of North America.

The tree was purportedly brought over from England between 1628 and 1630. No one is quite sure if it was planted immediately in Danvers, Massachusetts, or if the Endicott family plopped it in the dirt in their family farm in Salem and moved it later. Tradition says that John Endecott  planted this arboreal reminder of jolly old England before announcing to his children and farmworkers, “I hope the tree will love the soil of the old world and no doubt when we have gone the tree will still be alive.” While generations of Endicotts have come and gone, the tree still stands. After surviving almost 400 Massachusetts winters, it’s still producing fruit and harkens back to a period in American history in a way that few relics can.

Brought over by boat, this particular variety of the European pear tree took root in the United States sometime in the early 17th Century. 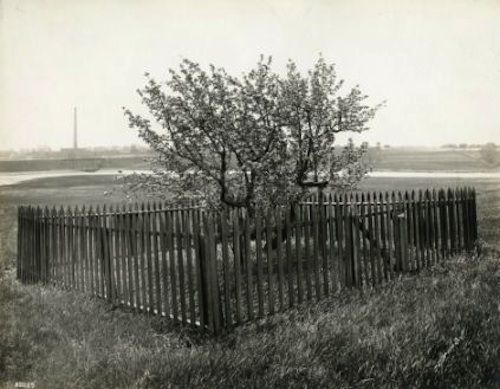 This ancient map shows the tree’s relation to the Endicott homestead in Danvers, Massachusetts. 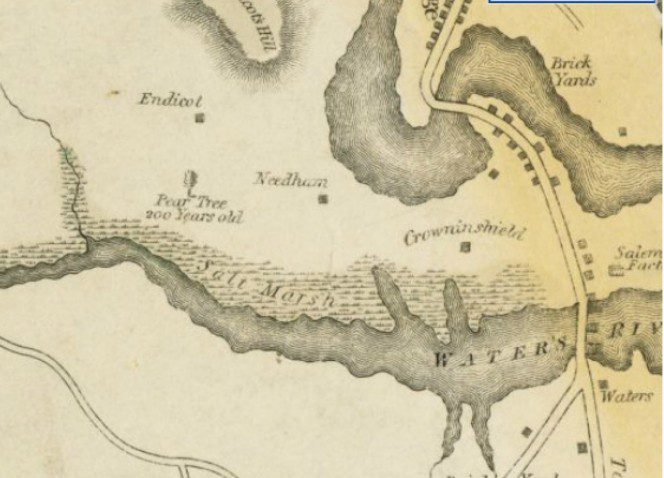 The Endicott Pear soon became synonymous with American success. A fan of the tree’s fruit, former President John Adams planted its offspring in his garden so that he could enjoy the pears. He wrote, “I have several young Endicotts … in my garden. They are very flourishing and if I can guard them from accident I hope they will be an ornament to this farm and a comfort to some good citizens 200 years hence.” If only he knew! 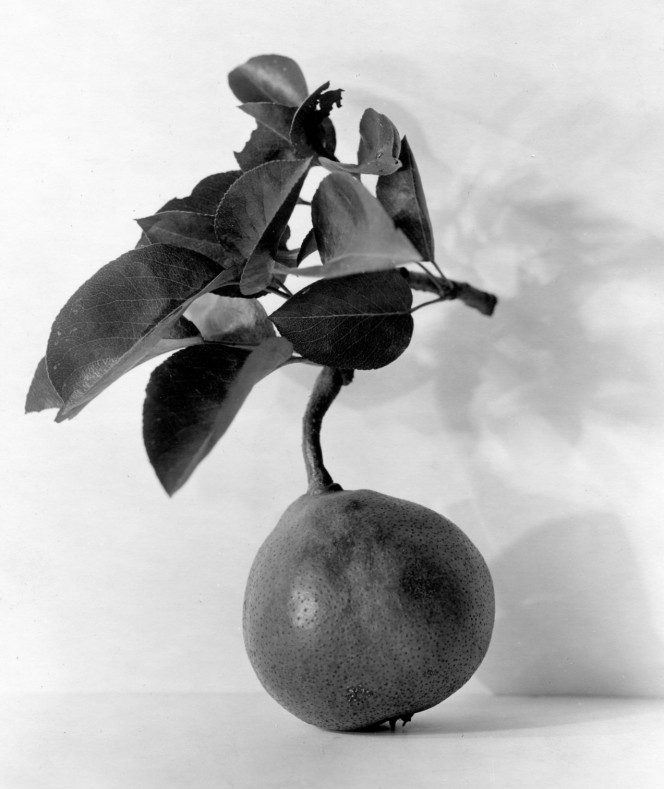 Even luminary American poet Henry Wadsworth Longfellow wrote about the tree, saying, “To those who ask how I can write so many things that sound as if I were as happy as a boy, please say that there is in the neighboring town a pear tree, planted by Governor Endicott 200 years ago, and it still bears fruit not to be distinguished from that of a young tree in flavor. I suppose the tree makes new wood every year, so that some parts of it are always young. Perhaps this is the way with some men when they grow old. I hope it is so with me.” 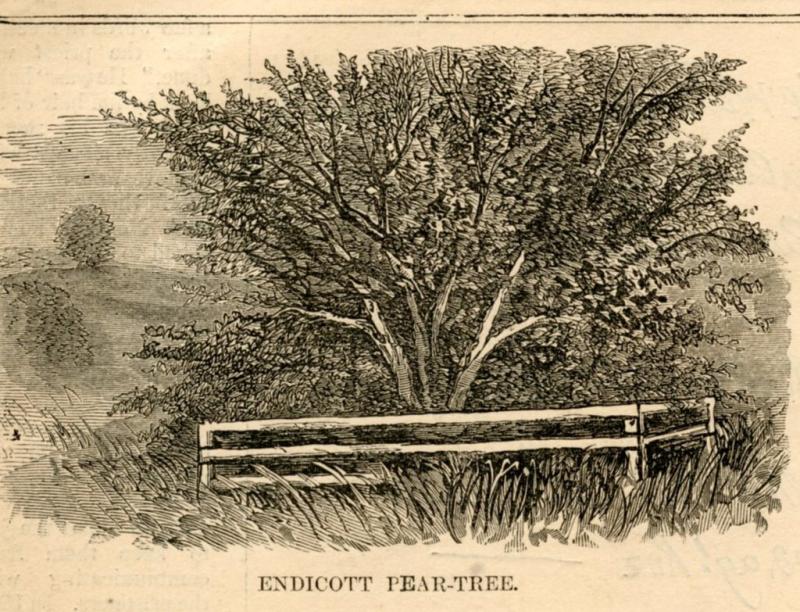 A photograph of the tree was featured on a stereo view card in 1879. 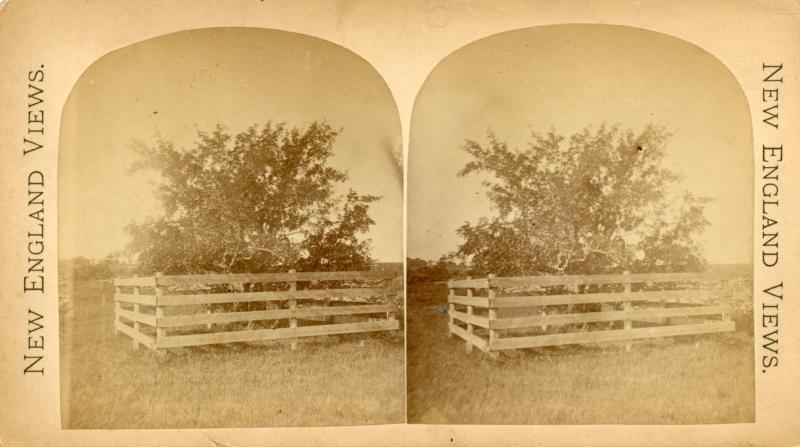 As generations of Endicotts passed, the tree continued to flourish, as evidenced in this picture of William C. Endicott, Jr. and the tree, taken in 1925. 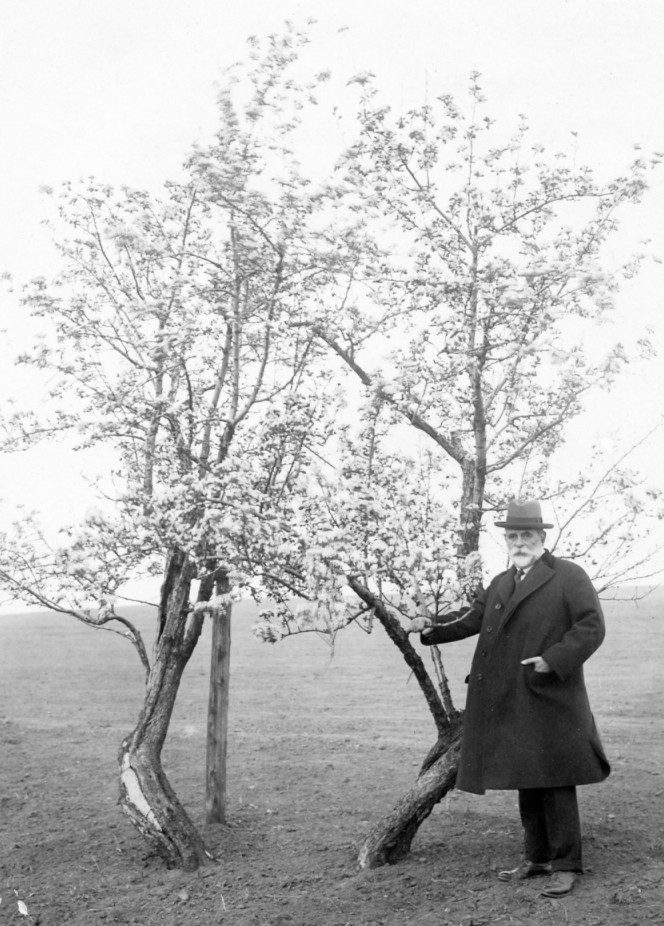 After centuries of weathering the harsh Massachusetts weather, the tree nearly perished. It wasn’t weather that nearly took it out, but rather a bunch of no-good hooligans with a penchant for destruction. They lopped off its branches and left little more than a stump behind. 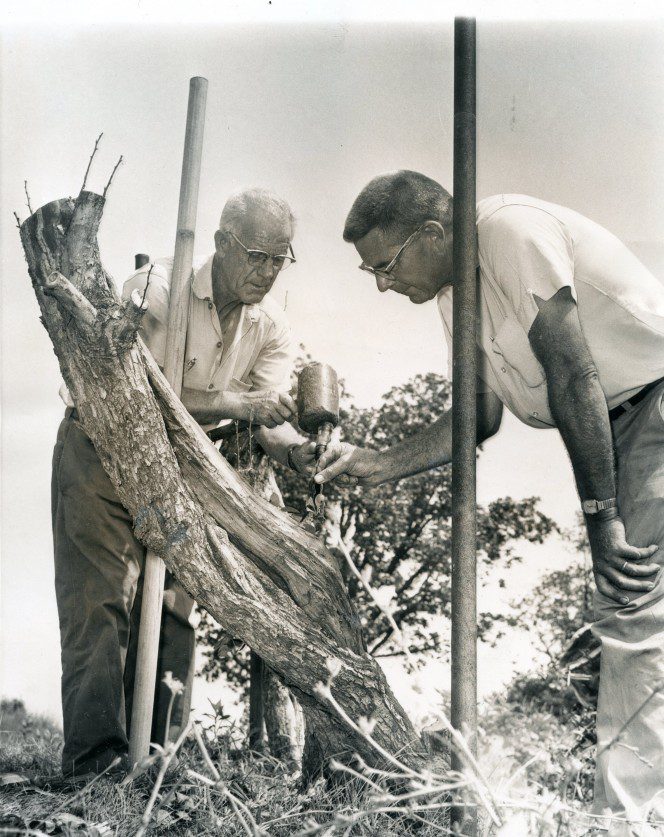 But that didn’t stop the Endicott Pear Tree. Residents of Danvers built a fence around the tree to protect it and soon, it began to grow again. 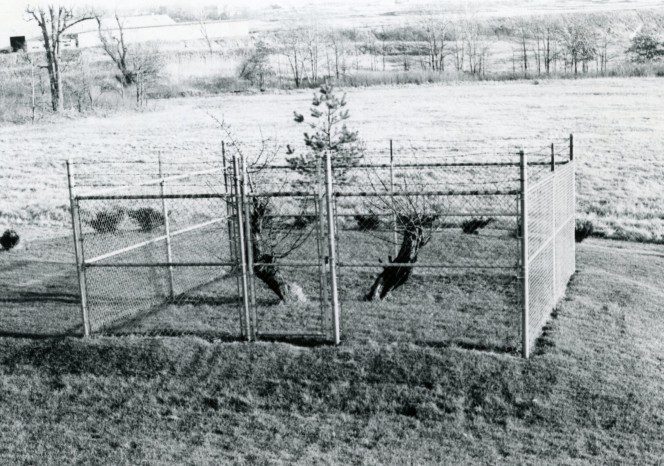 The tree continued to thrive and, in 2011, it officially became an American landmark. 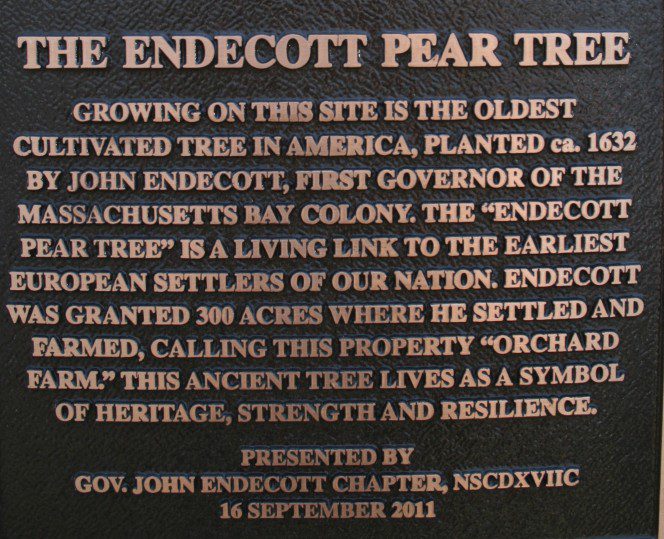 With its branches still producing fruit, the Endicott Pear Tree is a plant of legend and the oldest fruit-bearing tree in North America. Its fence got a pretty decent upgrade, too! Today, the tree still thrives and is open to visitors (just don’t try and cut it down). 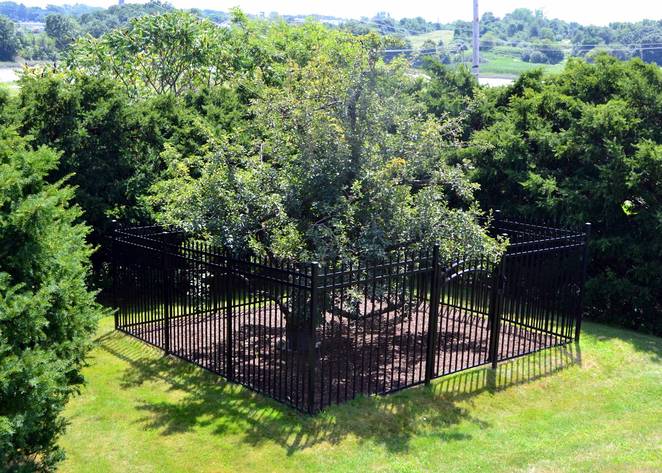 John Endecott planted the tree with hopes of it thriving for generations to come and it appears he got his wish. With the original tree still alive and well and its offspring planted from coast to coast, the legacy of the Endicott Pear Tree is one that will stand the test of time.