There are many things that impress children, but a science experiment really does the trick. They might not understand the explanation entirely, but they’ll remember them for their whole life, and they could very well help them understand something in science class when the time comes.

We compiled six of the most interesting experiments which are guaranteed to impress kids. Everything you need for them you can find at home. The experiment: Fill the first balloon with air and hold it over a lit candle to demonstrate to the kids that the flame will cause it to burst. Then fill the second balloon with tap water, light the candle and hold the balloon over it once again. You’ll see that in this case the balloon can withstand the heat of the flame.

Explanation: The water in the balloon absorbs the heat given out by the candle, so the material of the balloon itself doesn’t burn and then burst. 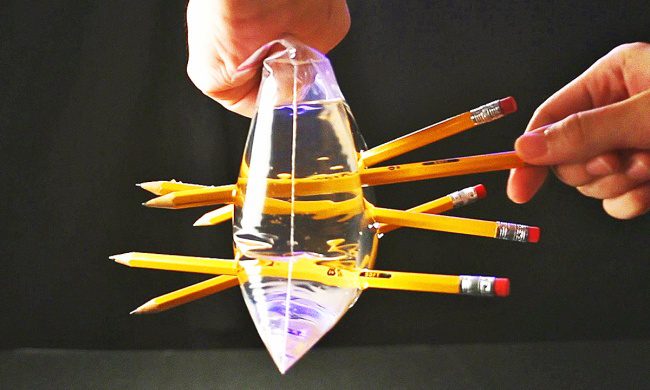 You need: A polyethylene bag, some ordinary pencils, water.

The experiment: Fill about half the polyethylene with water. Pierce the bag using the pencils in the places where it’s filled with water.

Explanation: If you pierce the bag with the pencils and only then pour in the water, it will seep out through the holes you’ve made. But if you fill it first and then insert the pencils, the water will not seep out at all. This is a result of the fact that when the polyethylene is broken apart it’s molecules move closer together. In this case, the polyethylene tightens around the pencils. 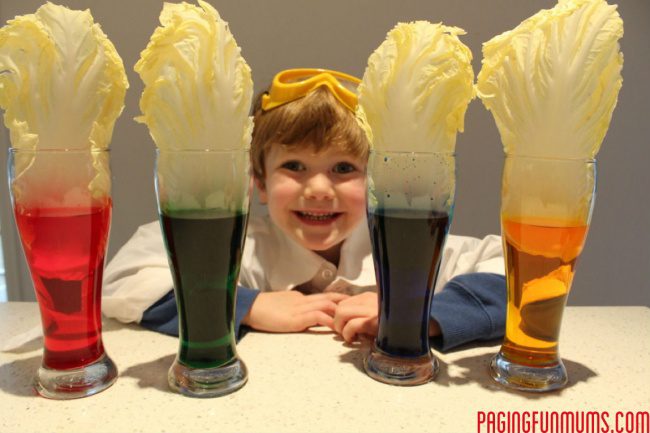 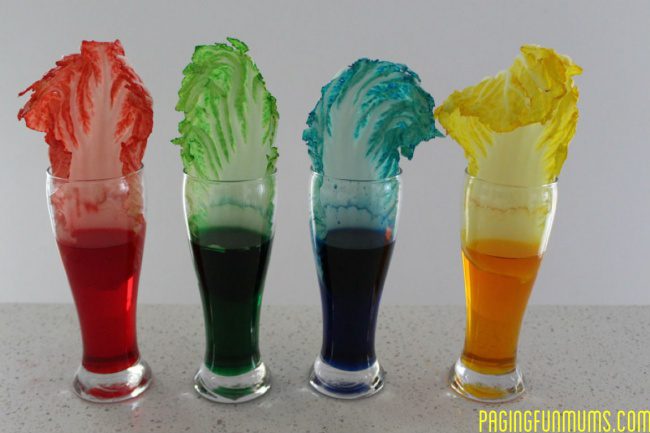 You need: 4 glasses with water in them, food colouring, some cabbage leaves.

The experiment: Add different coloured food colouring to each glass of water, then place a single cabbage leaf in them. Leave them overnight. In the morning the leaves will have changed colour.

Explanation: Because plants absorb water, their leaves also absorb the colour of that water. This is known as the capillary effect, whereby the water will pass into the tiniest tubules of the plant. This happens with flowers, grass and even trees. 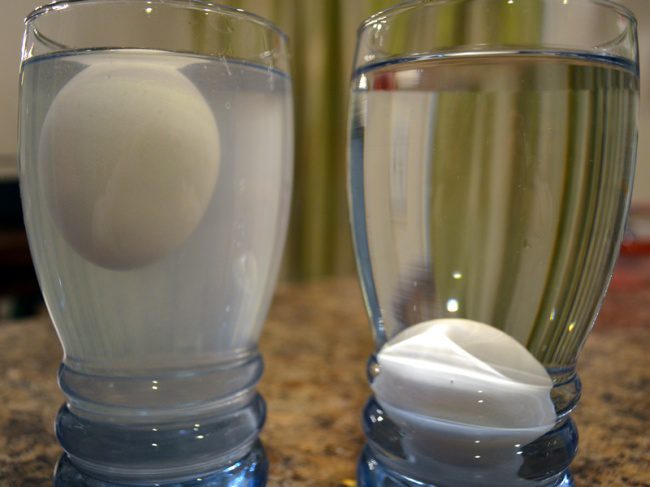 The experiment: Carefuly place an egg in a glass of ordinary pure water. Provided the egg hasn’t gone off, it should fall to the bottom of the glass. Then pour some hot water into the second glass and dissolve 4-5 tablespoons of salt in it. It will work better if you wait until the water then cools down. Then drop the second egg in it. It will float on the surface rather thank sink to the bottom. 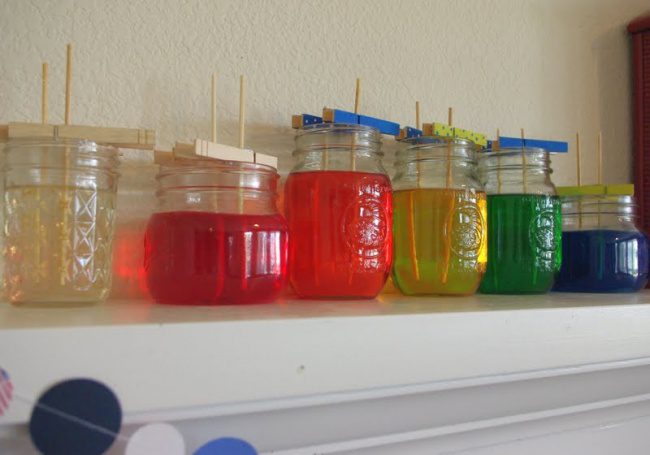 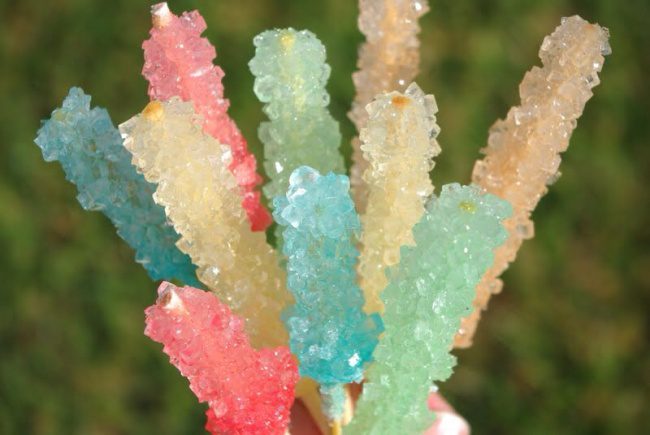 The experiment: Make some sugar syrup by adding a couple of teaspoons of ordinary sugar to a quarter glass of water. Sprinkle a piece of paper with some sugar. Dip the kebab sticks in the mixture, stirring them so that pieces of sugar start to stick to them. Make sure the mixture is spread evenly along the stick, then lay them out on the paper.

Leave the sticks to dry out overnight. In the morning, dissolve five glasses of sugar in two glasses of water in a heated saucepan. Leave the resulting syrup to cool down for 15 minutes, although not for too long as otherwise the crystals won’t form. Then pour it into some empty jars and add food colouring in different colours. Place the now-ready kebab sticks in the jars, but make sure they touch neither walls or bottom — use a clothes peg to do this.

Now wait and observe what happens.

Explanation: The solubility of the syrup-water declines as its temperature falls, which produces a sediment of sugar grains on the sticks. You need: Some matches, a torch.

The experiment: Light a match and hold it about 10-15 centimetres away from the wall. Shine a torch over your hand holding the match. You’ll notice that only the shadow of your hand and the matchstick itself will appear on the wall — the flame will not appear.

Explanation: Fire does not produce a shadown, because it doesn’t impede the passage of light through itself in the same way that physical materials do.