As we are used to the abundance of pigeons and other city birds in our streets, people in other countries are accustomed to their own little beggars. Who would have thought that a dozen monkeys could approach you in Thailand, and in the town of Nara, Japan, people live peacefully alongside packs of deer?

We brings you 10 of the most fascinating places where you can meet such unusual “pigeons.” 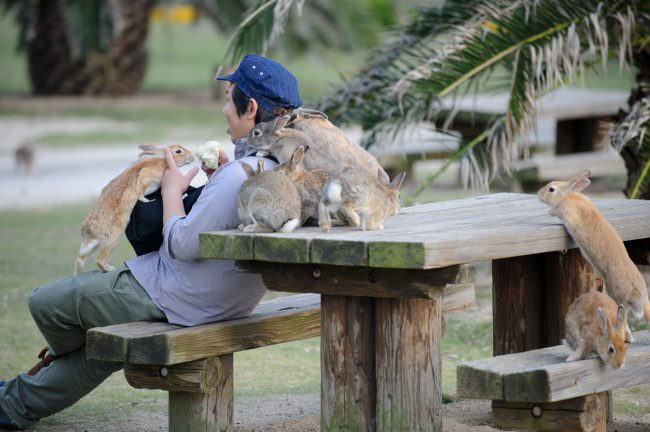 The main attraction of the small island of Okunishima in Japan is its long-eared inhabitants, wild rabbits. The place is also known as the Rabbit Island, and it’s home to over 700 fluffy little critters that freely roam the territory and are happy to contact with people. 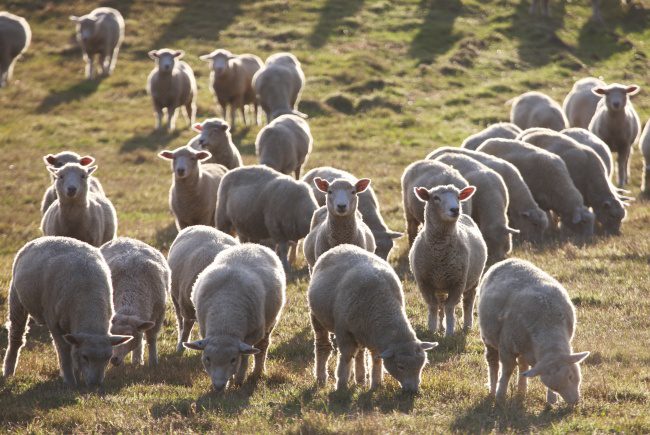 New Zealand is considered a paradise for dreamers and … sheep. And this is by no chance — there are only 4.4 million people living in the country, while the sheep population reaches almost 34 million! That’s about eight sheep per person! 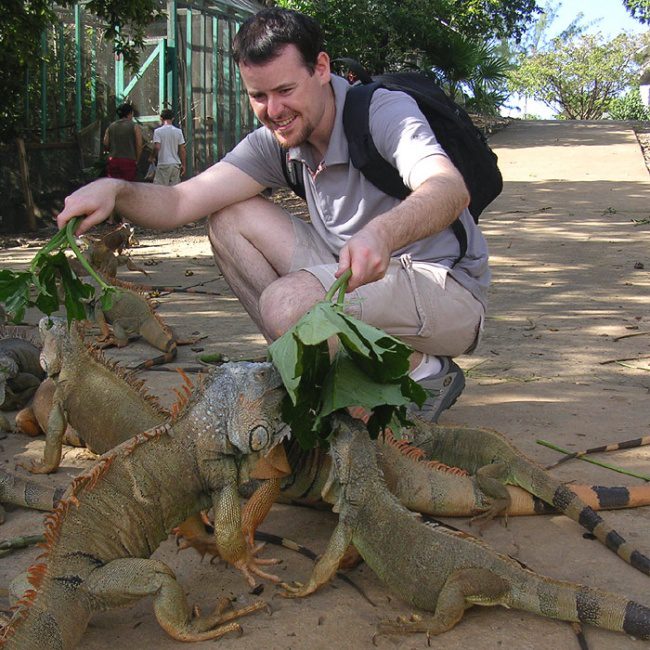 Roatan is a popular cruise ship port and one of the most interesting tourist attractions in Honduras. Its main attraction is a farm and park where hundreds of iguanas roam the lands and never miss a chance to beg for food from tourists. 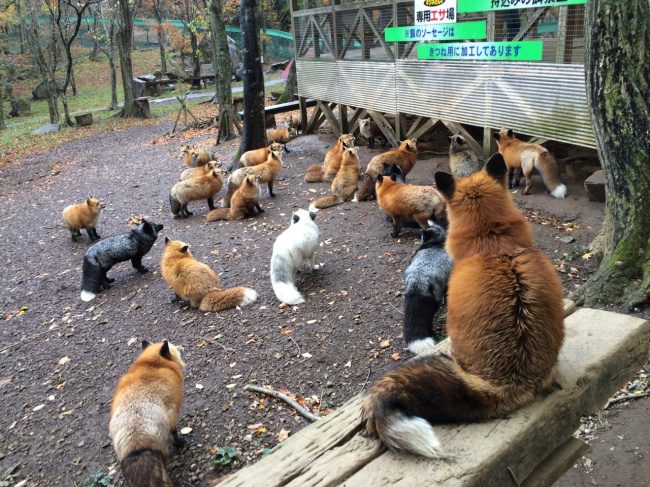 This marvelous fox oasis is called Zao Kitsune Mura, a small village and a mini-zoo where over a hundred foxes wander the territory freely. The visitors are allowed to walk through the park without being afraid of the animals, and they can even feed the fluffy little guys with only a few safety measures. 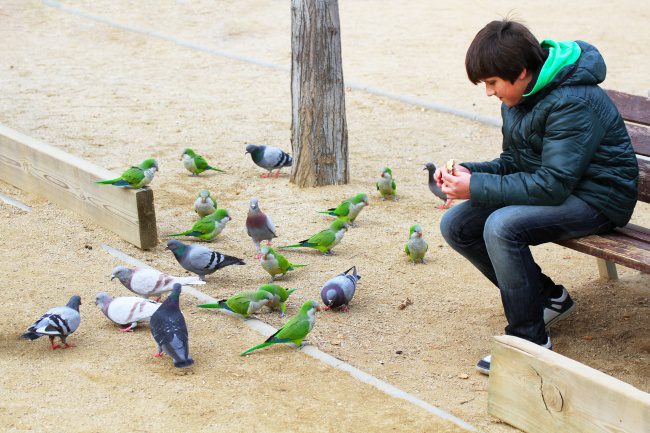 Spain also has its pigeons, but living with them are colorful wild parrots that love to eat from people’s hands. You can’t stay gloomy looking at their bright feathers! 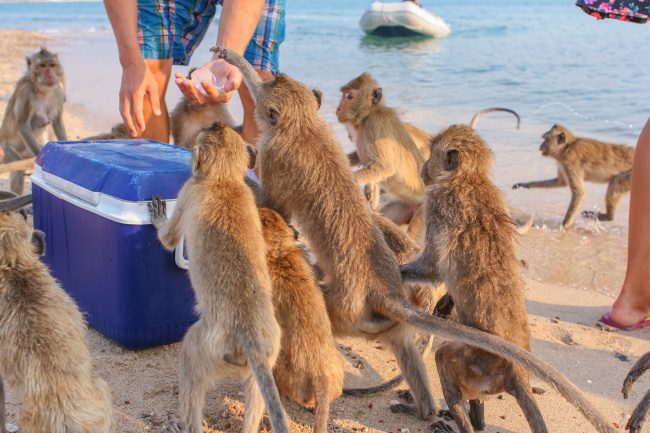 If you’ve ever been to Thailand, you’ve undoubtedly met a wild chimp there, because these exotic little critters live everywhere in this country — from the deepest jungle to the beaches, the parks, and even the city streets. 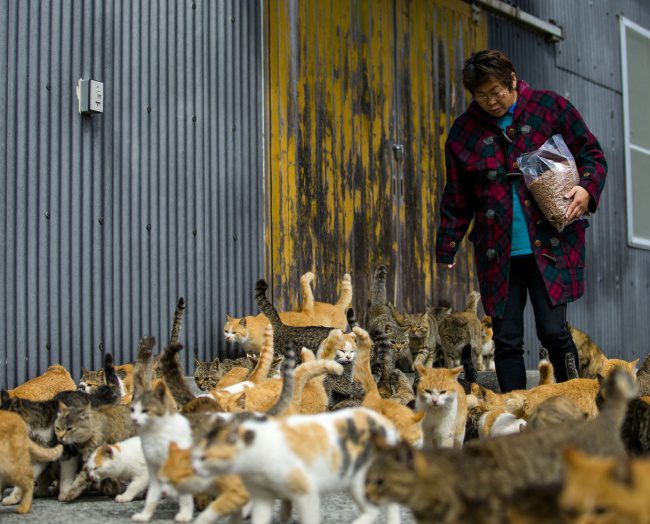 Tashiroima Island in Japan is inhabited by a very small number of people, but its principal residents are cats. There are hundreds of them here. The island-dwellers feed them with fish and treat them nicely, but they never keep the animals as pets. Of course, why would you do that if you can take in a new fellow every day? 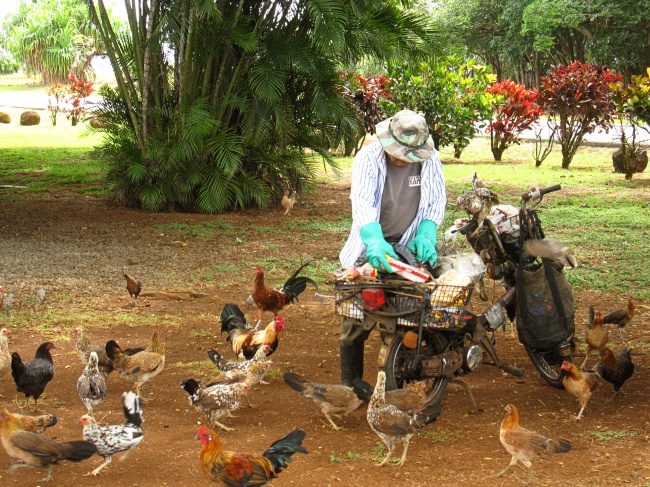 Kauai Island is a real paradise for chickens. It’s prohibited to hunt them except for the cases when they accidentally roam onto private premises. The birds go wherever they please; the hens walk with their little ones or hatch eggs, and the roosters fight incessantly. 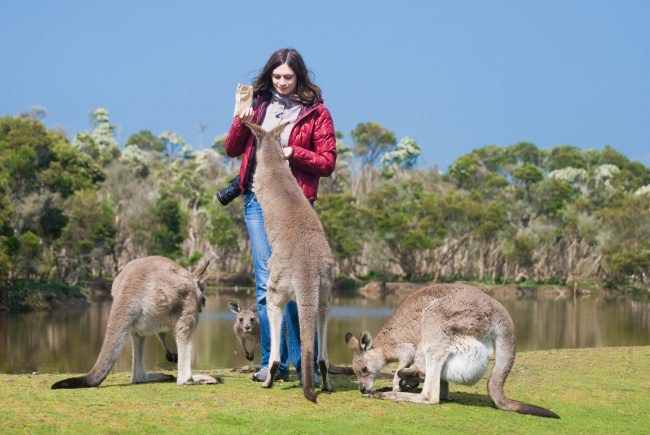 This island is mainly known for its colony of penguins, consisting of about 5,000 winged inhabitants. However, the rest of the place is quite diverse in terms of plants and animals. It is also home to wild Australian animals like kangaroos. 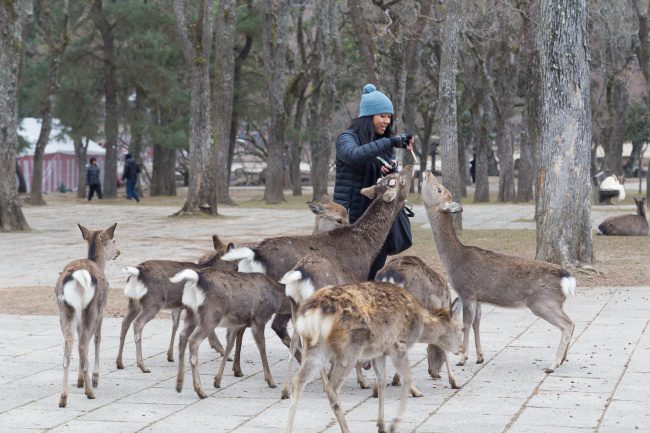 The small Japanese town of Nara is actually overflown with deer; accounts say that there are about 1,200 of them there. Most of them live in the park, but their walks through the town are not uncommon. Some of the animals often leave the premises of the park and nag the passersby for treats. Moreover, these sweet bullies have grown so brazen that they sometimes nudge people to the cracker vending machines.