They are proud claimants to international projects ranging from Harrods’, and various malls in South Korea, the Middle East and Russia!

Here, the interior design champions have compiled a list of some of the most staggeringly large, stimulating, over-the-top malls they have come across from all corners of the world. 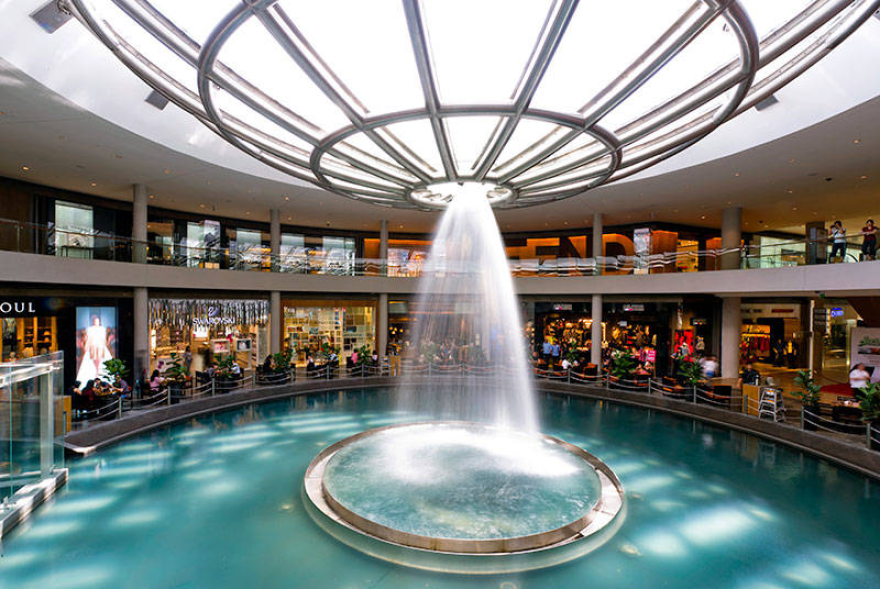 A canal runs through the length of the Shoppes, in the same style as the Venetian in Las Vegas. Sampan rides on the canal are available for guests and shoppers at the shopping mall, similar to the gondola rides available in the Venetian. Also housed within the Shoppes are the five of the six Celebrity Chef Restaurants – Cut (by Wolfgang Puck), Waku Ghin (by Tetsuya Wakuda), Pizzeria and Osteria Mozza (by Mario Batali), Guy Savoy (by Guy Savoy), DB Bistro Moderne (by Daniel Boulud).

Two notable attractions of the resort are the two Crystal Pavilions. Despite a brief legal dispute in June 2011, it was decided that one of the Pavilions will house two internationally renowned nightclubs – Avalon and Pangaea. In addition, the second Pavilion houses the world’s largest Louis Vuitton boutique, in addition to being on a floating island, at 20,000 square feet (1,900 m2), which is connected to the portion of the boutique in the Shoppes via an underwater tunnel. Both Pavilions opened in 2011 just before the 2011 Formula One season came to the Marina Bay Street Circuit. 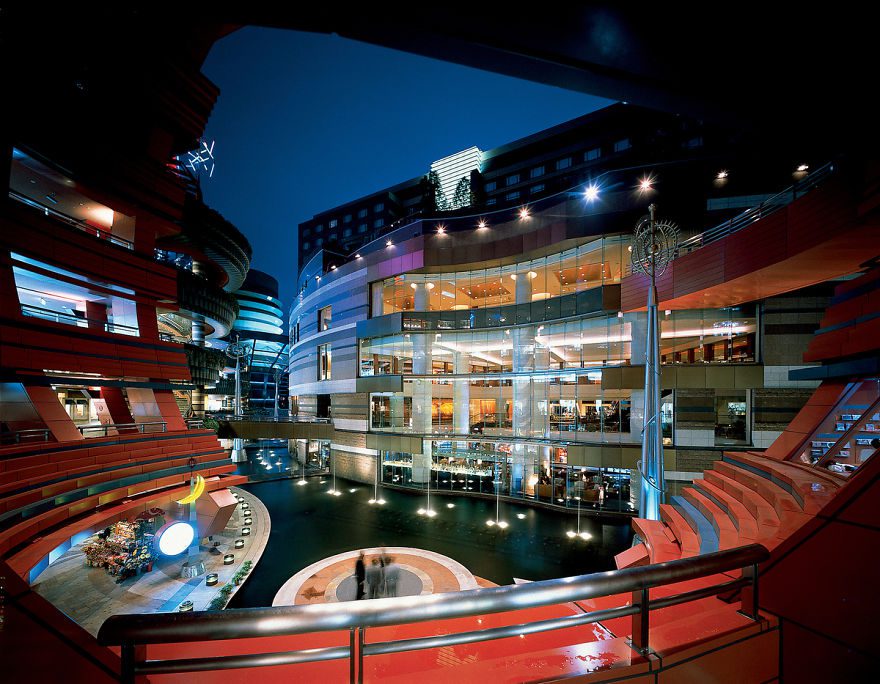 The shopping centre boasts 250 shops, cafes and restaurants, including an entire “Ramen Stadium” on the fifth floor dedicated to providing noodle dishes from all over Japan, including Hakata Ramen which is local to the area. It also has a theatre, game centre and hotels within the complex. 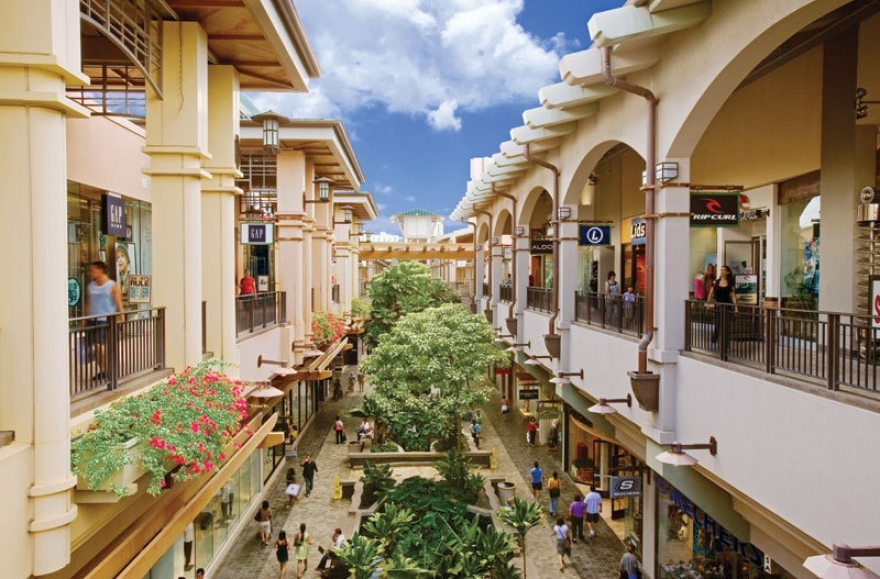 Formerly known as Iluma, this 10 storey building has a high-tech light exterior which can display messages so that they appear across the building complex. This illuminated shell is made of individual bulbs and inside you can find an arcade and karaoke centre!

5. Mall of the Emirates, Dubai 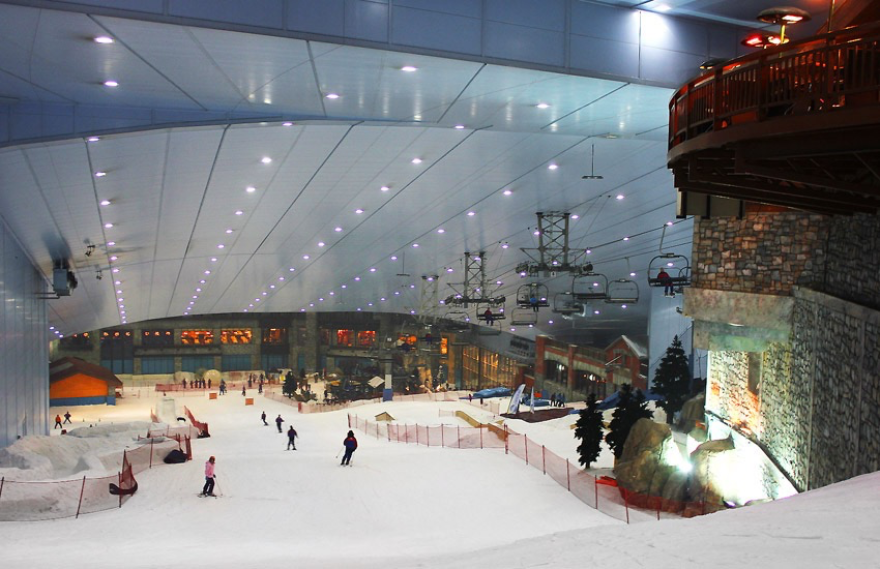 If you’ve always dreamed of tackling a black diamond ski slope in a shopping mall, this is the place for you. Customers are invited to peruse the 700+ stores and Community Theatre and Arts Centre before taking to the Middle East’s first indoor snow park. Afterwards they can catch a show at the 543-seat theatre or an exhibition at one of its 18 art studios. They can even test their skills on the one-of-a-kind racing simulator in Magic Planet; the largest indoor gamily entertainment centre in Dubai.

Roller coasters, an aquarium and a flight simulation centre are just three attractions you’d find nestled under the Mall of America’s roof. The enormous complex is the largest mall in the United States and belongs to the Ghermezian family, who are also the proud owners of the West Edmonton Mall. Over 40 million people make their way to the Mall of America annually, making it the most visited mall in the world. 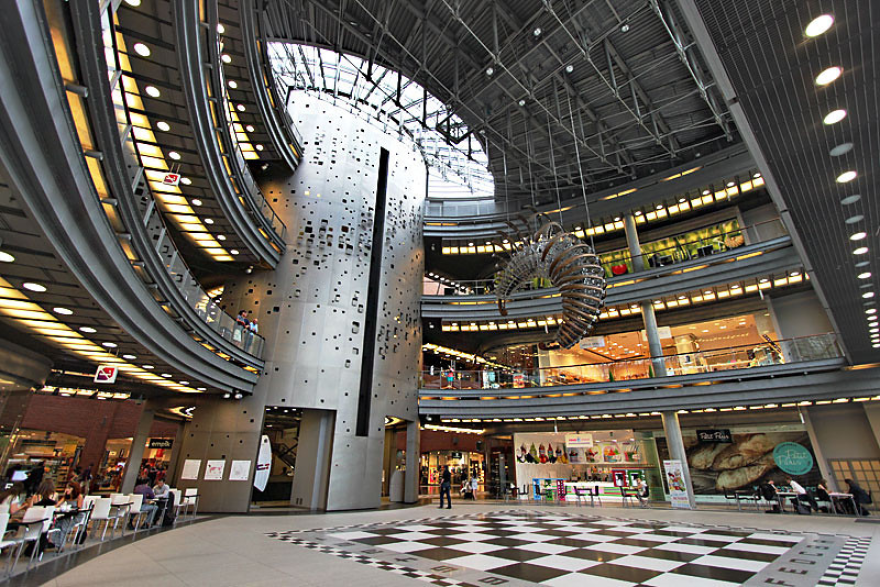 When the Huggerów Brewery was converted into the Stary Browar shopping mall, it kept much of its original 1844 structure, which makes its interior truly unique. Now, punters can wander through its 210 shops and restaurants whilst enjoying its rich history juxtaposed with excellent contemporary architectural design. 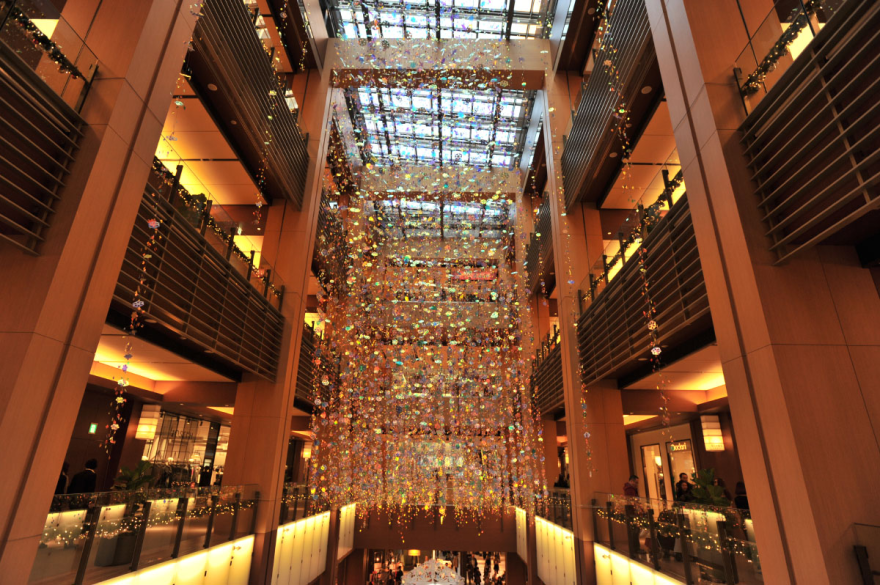 The Vatican City of shopping malls; Tokyo Midtown is named a “City within the City” of Tokyo by the Japan Guide. Apartments, offices, museums and hotels are situated among the buildings which make up the complex, which includes Tokyo’s tallest building. A 5-storey galleria covers 73 000 square metres of retail space and its Coppola’s Vinoteca wine bar showcases the wines of film director Francis Ford Coppola. 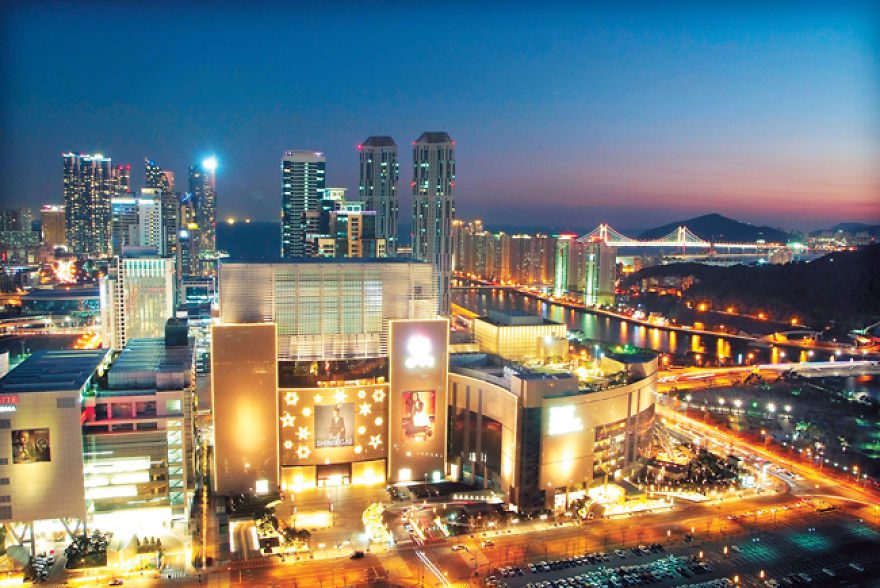 Located in Busan, a port city and the second largest city of Korea, Centum City is a super large-scale shopping space that also offers leisure and cultural facilities including a spa, a skating rink and a multiplex theater. It’s true! – Centum City is listed as the world’s largest department store in the Guinness World Records. 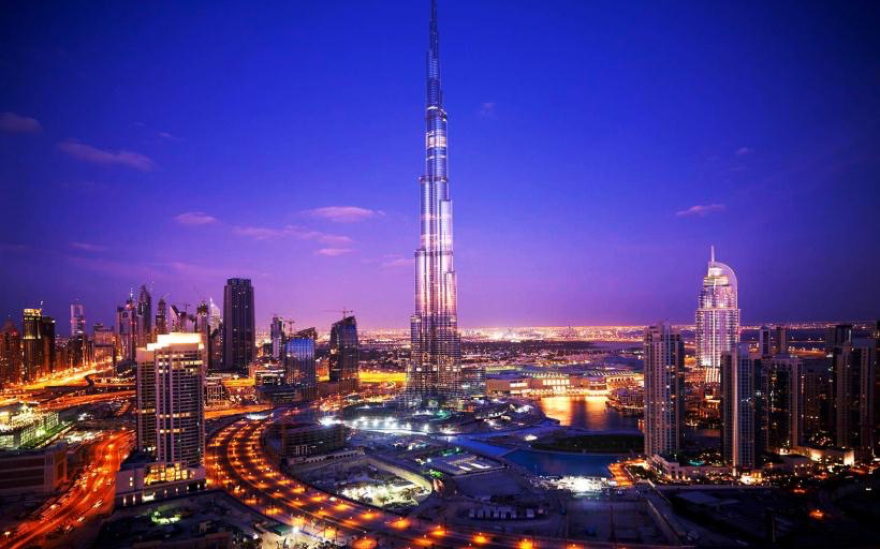 Another super-complex found in the same corner of the world as the Wafi Mall and Mall of the Emirates is the Dubai Mall, which is one of the biggest in the world. An ice rink can be found a few corridors away from the aquarium and the underwater zoo, as well as over 1200 shops. On top of this the mall breaks two records; one for the largest total (not grossable) area at 12.1 million square feet and the other for being the location of the world’s tallest building, the Burj Khalifa. it reaches 2,722 feet and towers over Dubai’s other head-spinningly tall sky scrapers.