Home
Places
This Town In Arizona Is Modelled After Bedrock From The Flintstones, And It’s Completely Awesome.

Long after the modern Stone Age family went off the air, 49 years ago, the town of Bedrock remains. With the theme song for “The Flintstones” blaring continuously over the park’s loudspeakers, the park has been a roadside attraction along Route 66 for more than 40 years. 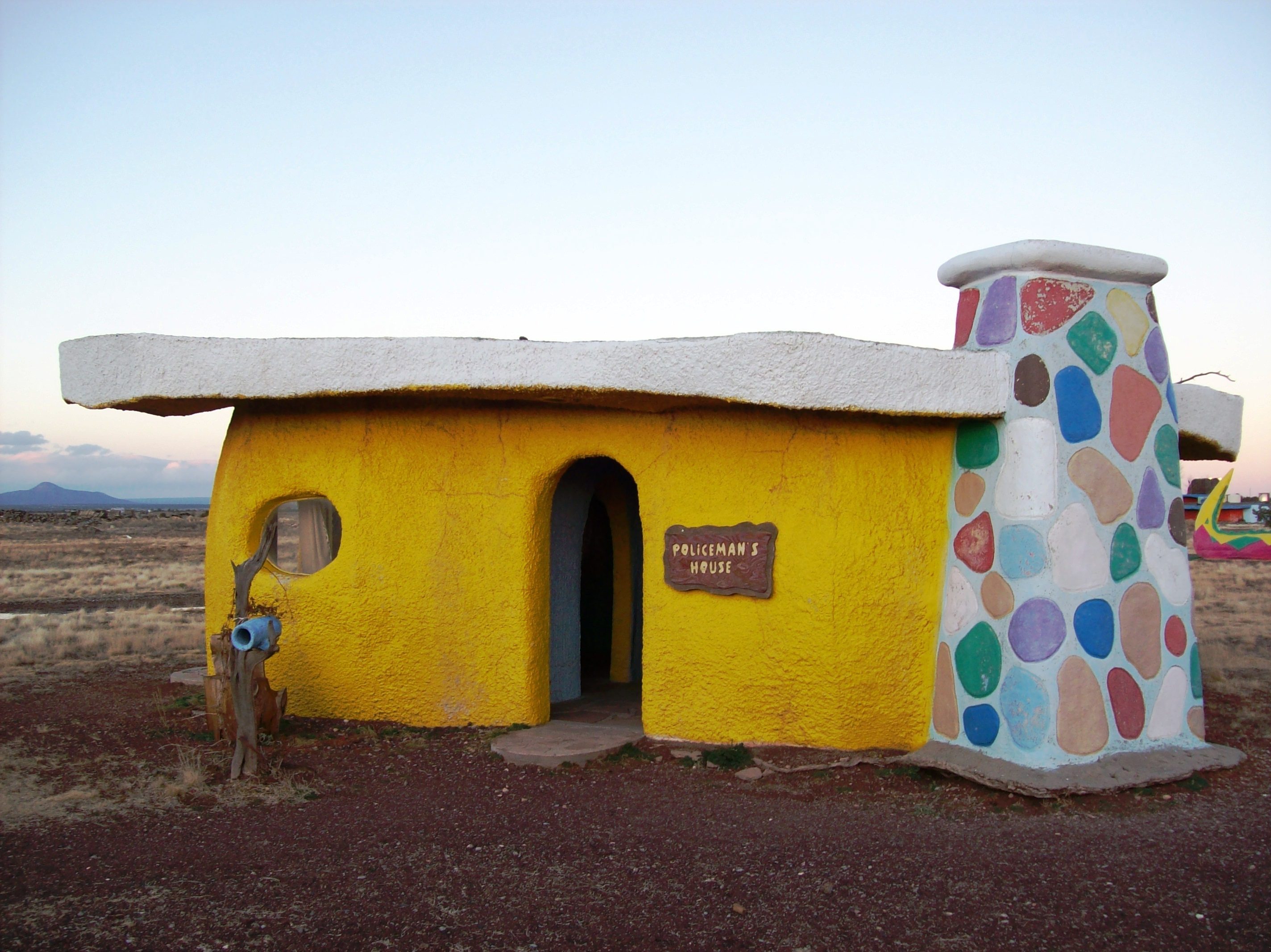 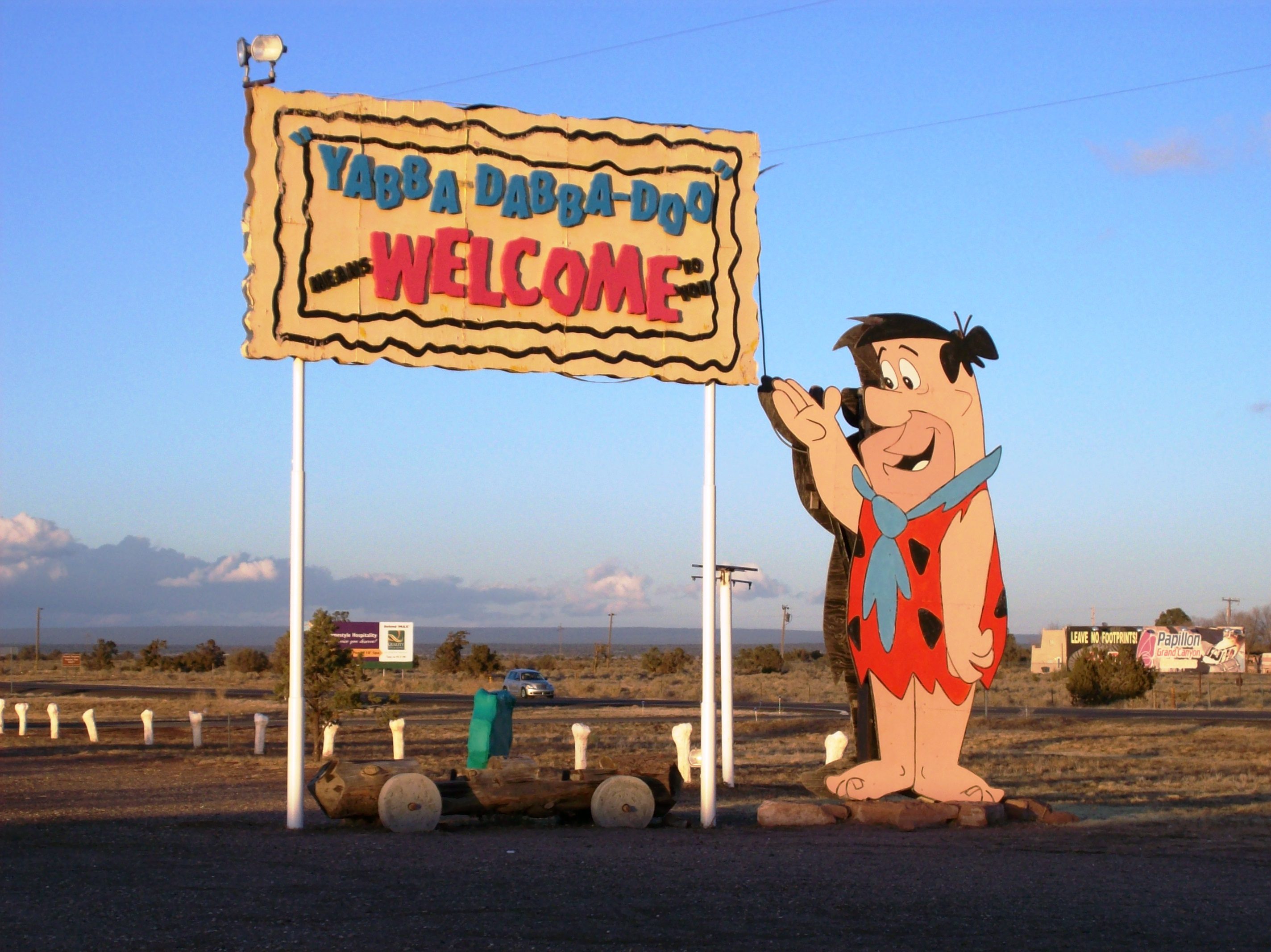 Once a popular stop for tourists on their way to the Grand Canyon, the Bedrock City park in Arizona has fallen into disrepair. The park still employs two or three people and the occasional visitor wanders in and out of the technicolor bungalows. 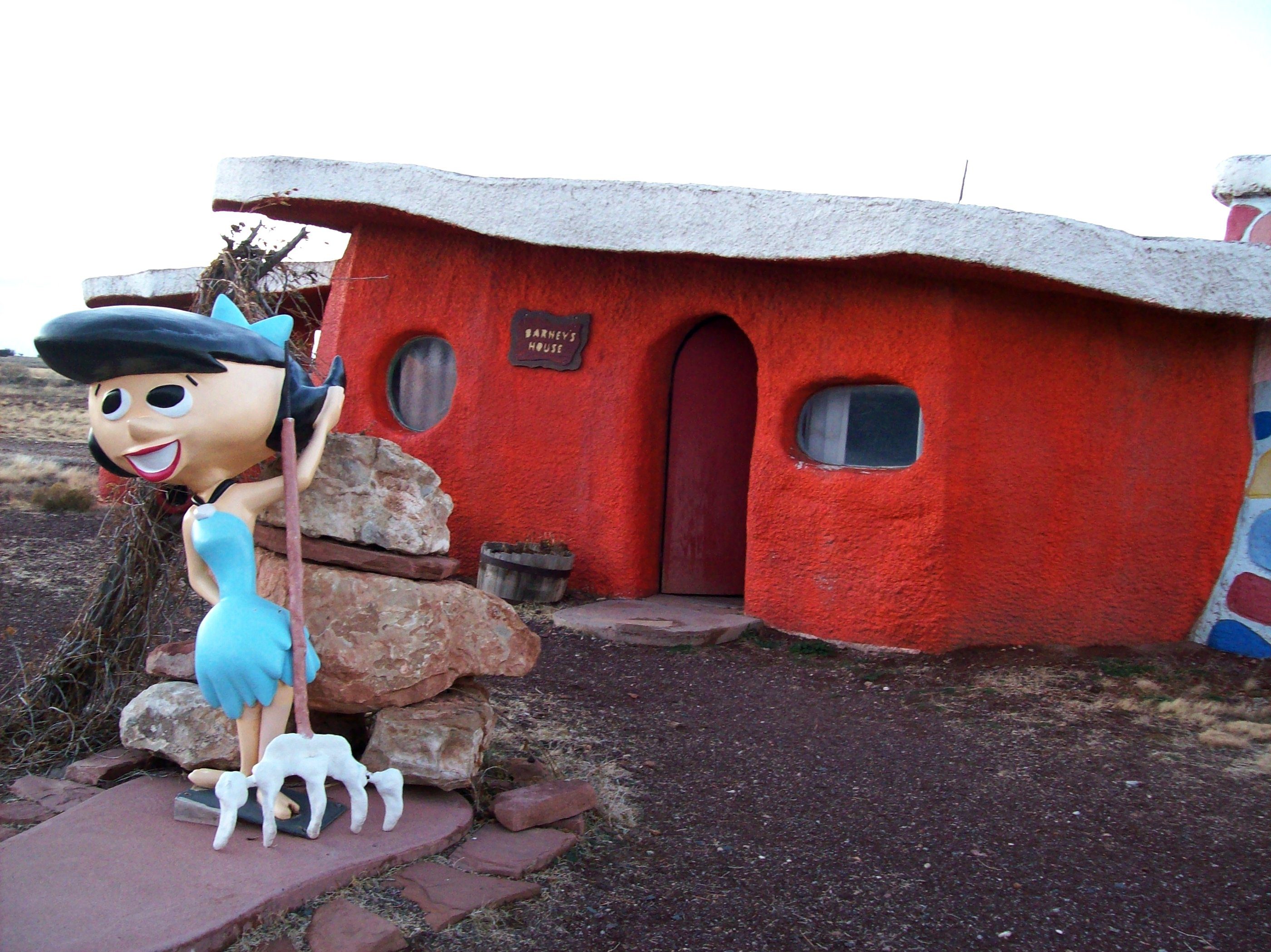 These golf cart cars were once operational for driving around the park. 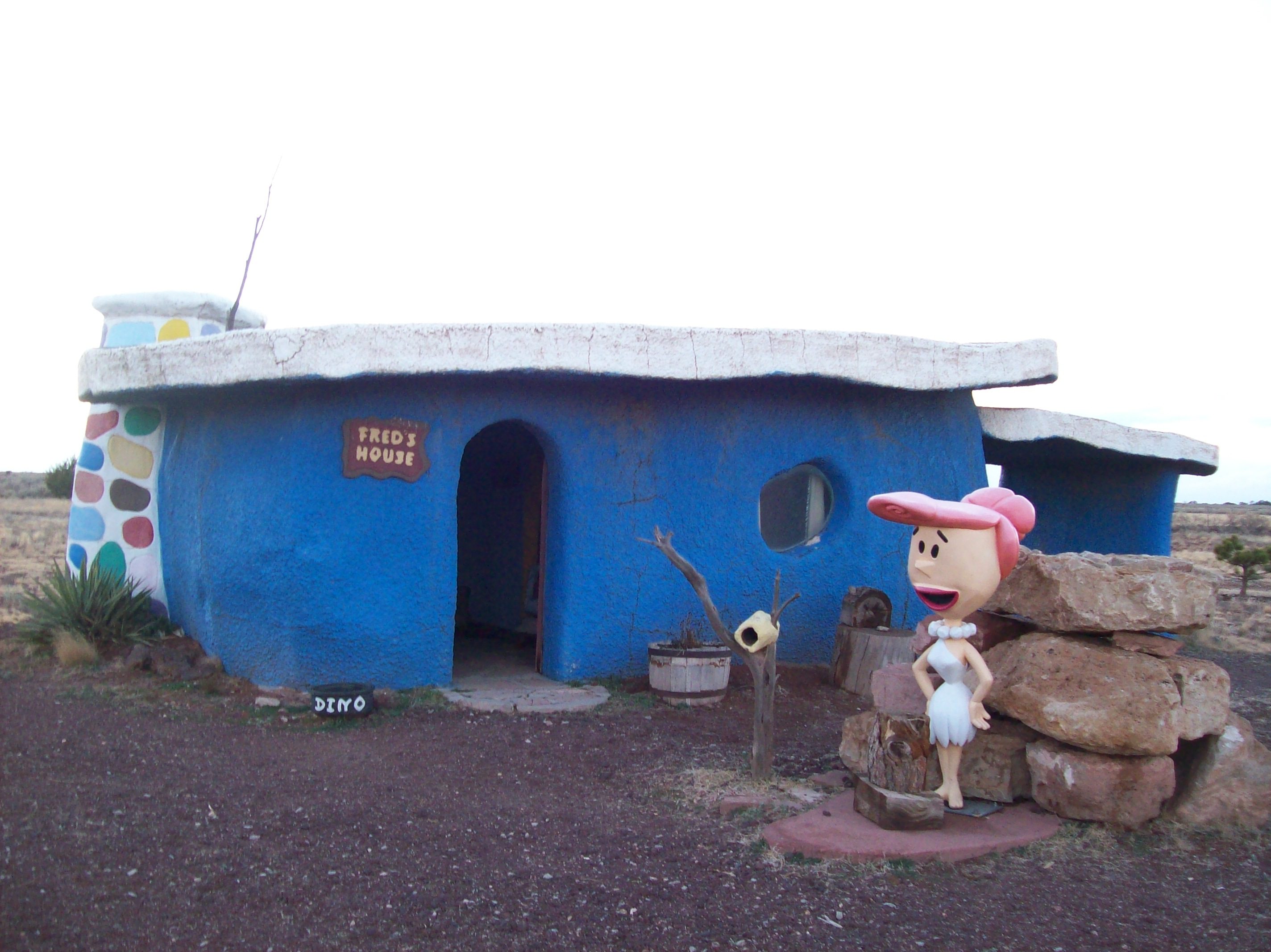 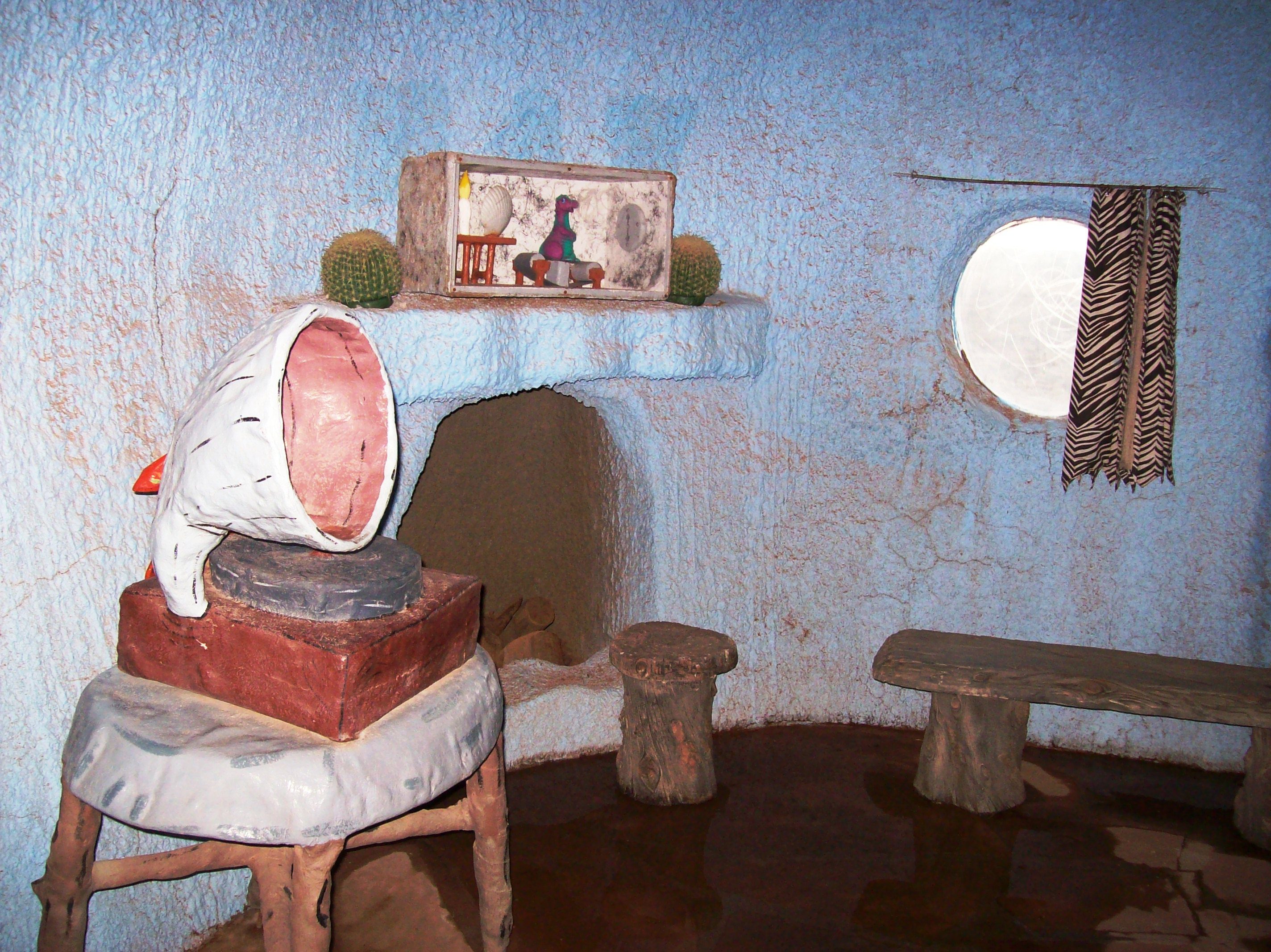 Now the 60’s souvenir shop and diner with 5¢ coffee are as much an artifact as anything else. And the Bedrock school. The homes along Bedrock Boulevard. 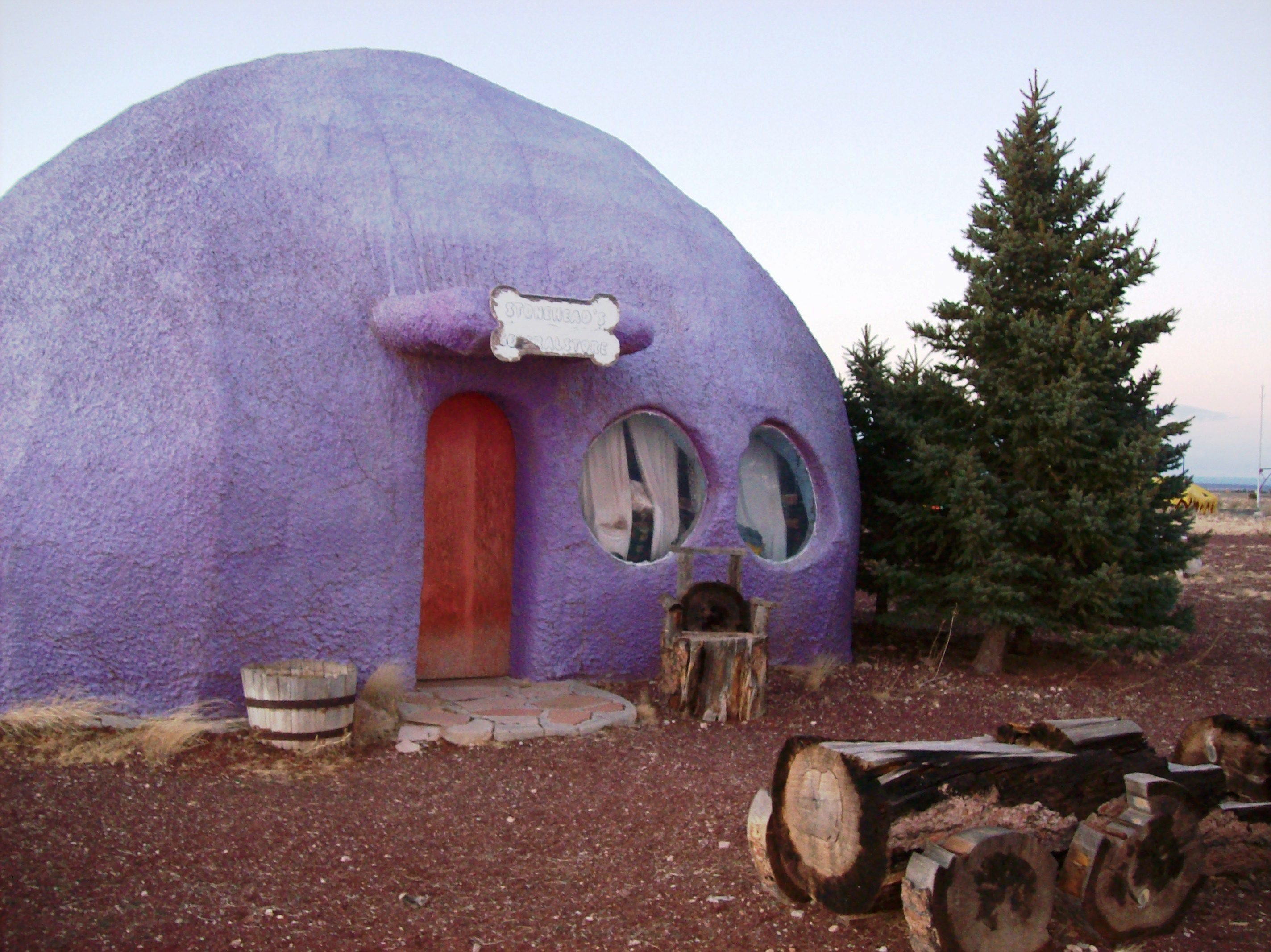 The Bedrock Theater, where The Flintstones’ cartoons have been looping for over 40 years. 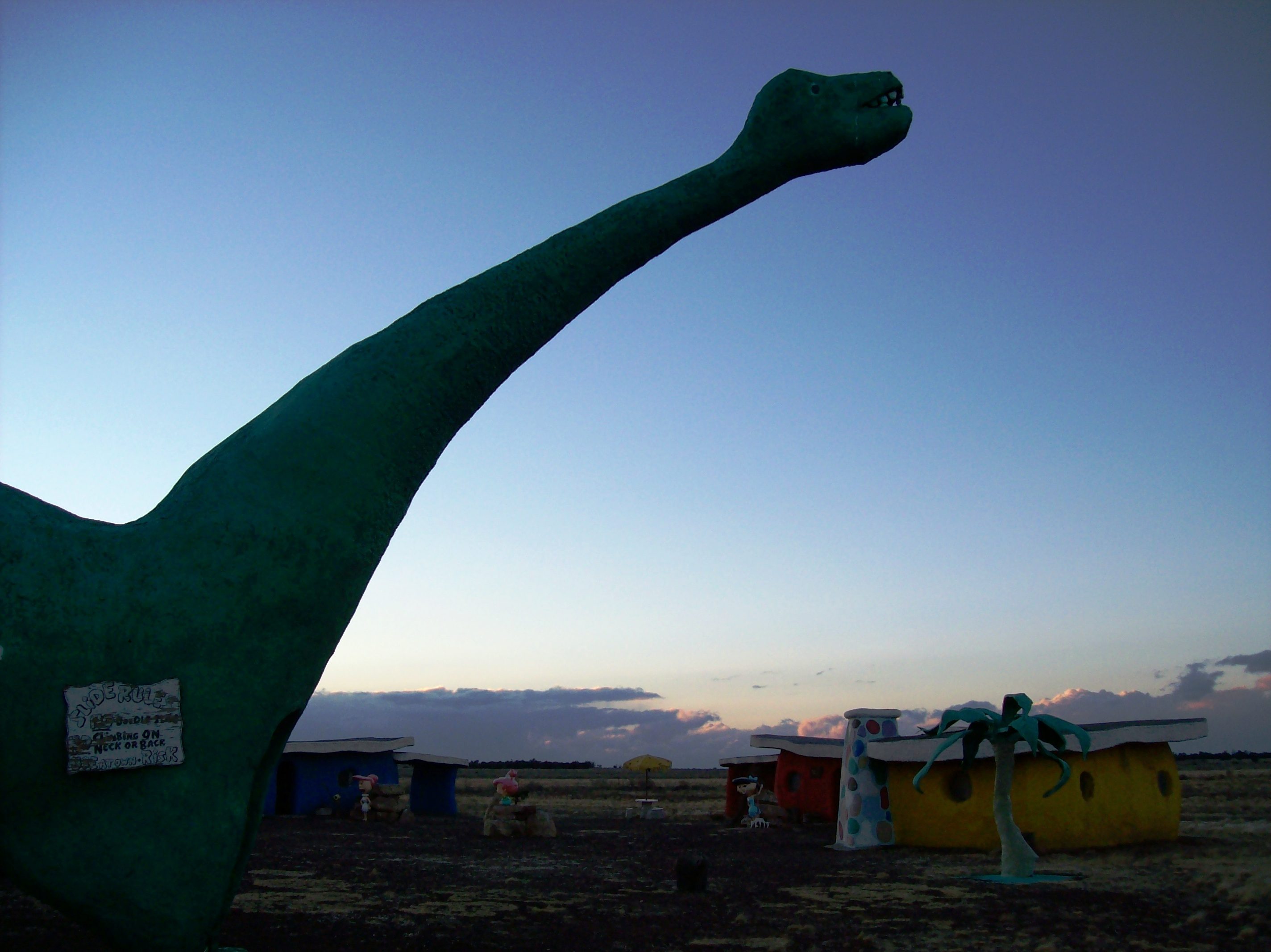 The intensely and garishly kitsch Bedrock City is a tribute to another era, open 364 days a year (Bedrock City is closed on Christmas) for a $5 entry fee. What do you think of this town? Join the conversation by pressing the “Share” button!