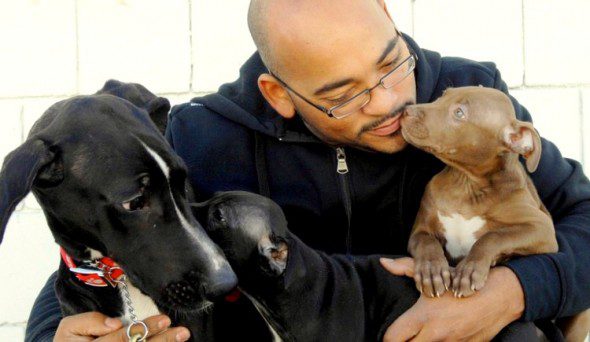 Pedro Rosario formerly worked at an animal control center, and he felt that way too many animals were being euthanized.  So he left, cashed in his 401k, and opened his own animal shelter, where abandoned dogs and cats can stay for as long as it takes to find them homes.

The Bronx man cashed in his whole retirement savings – $73,000 – and opened NYC’s Top Dog.  They are a no-kill shelter, and if an animal never gets adopted, so be it – they will still always have a home.

“We are a nonprofit animal rescue based in the Bronx,” the shelter says.  “Our organization takes in unwanted, abandoned, abused, or stray pets and attempts to find suitable homes for each of them. Our rescue group is created by and run by volunteers, who take the animals into their homes (fostering) and care for them — including training, playing, handling medical issues, and solving behavior problems — until a suitable permanent home can be found. Others are housed here at the same facility NYC’s Top Dog until they have found placement.” 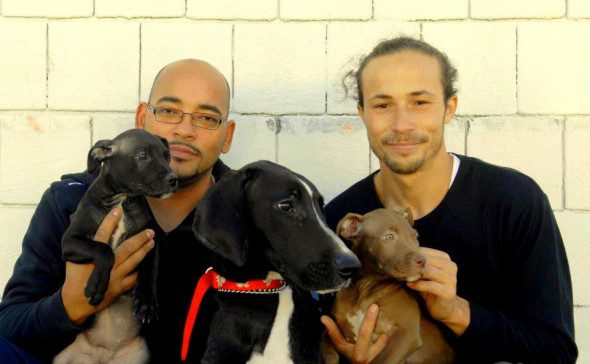 The father of three grew up on a farm in the Dominican Republic, which is where he learned his duty to animals.  When he was 18, he started working with the ASPCA.  Then he worked at animal control for the next 16 years.  But he knew he could make more of a difference on his own.

“We stay with them, we take care of them,” Rosario said. “We get animals from animal control, from people in the Bronx that find them roaming the street. I help people that lost their apartments, who have dogs and cats and now they’re in the city shelter themselves. I’m helping them keep their animals here so they don’t have to give up their dogs.

“I’ve had dogs now for over two years because they’re not placeable, they’ve got behavior issues, but I’m not going to put them to sleep.  It’s not their fault, it’s us. The humans owe it to them. Someone should be able to help them and take care of their issues. It’s hard for me to see an animal in the street and not be able to help them.” 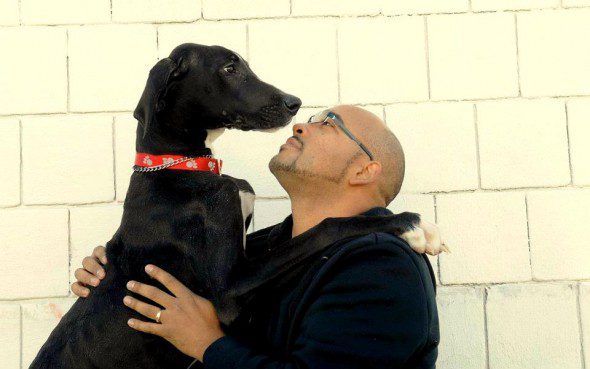 Running the shelter is expensive, between $7,500 and $10,000 per month, and Rosario struggles to keep it open.  Because of recent news coverage, $16,000 in donations came flooding in, but that will soon be gone.  Even during times of financial hardship, he would never refuse an animal in need.  He is reminded of Samantha, a dog brought to his door just days ago.

“When this person showed up in front of the shop – everything stopped. Everything stopped for this dog,” Rosario says. “We may be struggling, but when you see this animal, everything goes to the back burner. You don’t think about tomorrow, you think I have to help this dog now.” 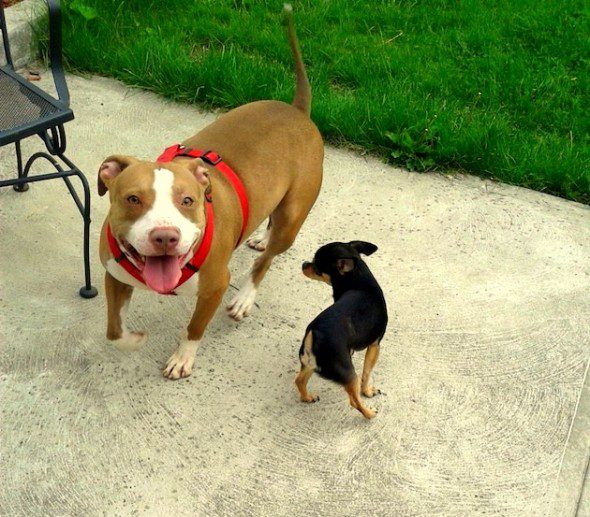 If this story touched your heart, be sure to “Share” it now!