67-year old David Bahnson really knows how to retire. A former orthopedic surgeon, Bahnson is spending his new free time doing what he loves: kayaking, woodworking, and spending time with his dogs. Conveniently, the real-life Ron Swanson figured out a way to combine all three of his passions when he built a wooden kayak, with some special, canine accommodations.

Bahnson thought of the idea when he noticed how easily his Golden Retriever, Susie, fit inside the baggage compartment of his kayak. And after a few modifications to the space, it was transformed into the perfect pup perch. 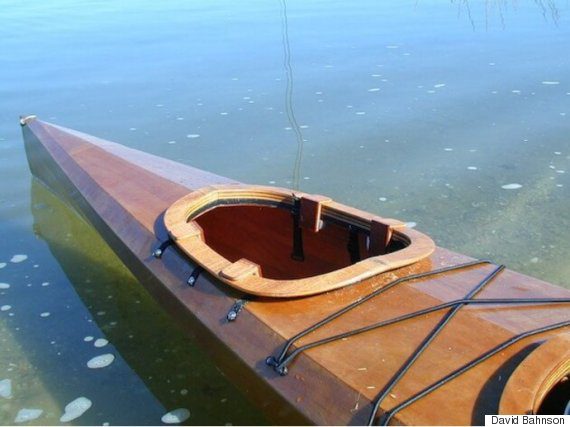 Soon after this innovative discovery, Bahnson, his wife, and Susie welcomed another dog into their family—a Golden Retriever named Ginger. Naturally, Bahnson built a second canine-compartment on his kayak so as to not exclude either one of his girls. Thereby inventing the first ever, one-person-two-canine kayak.

“Our dogs have always loved to travel with us in cars, in my airplane, in boats,” Bahnson said. “Building a way for them to kayak with us just seemed like a logical choice, and the boats are fun to build anyway.” 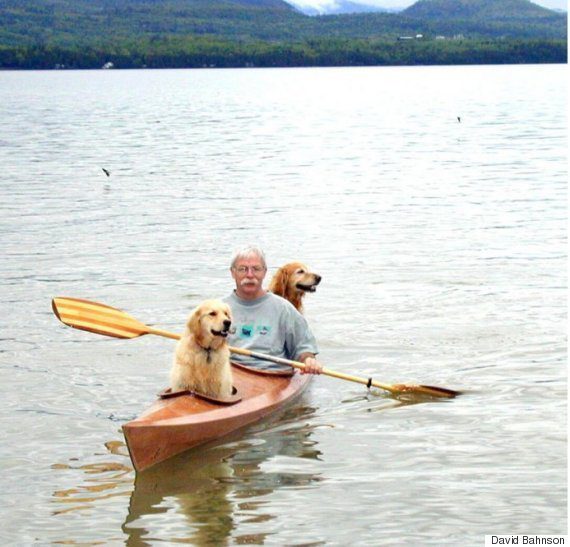 Despite being naturally strong swimmers, Susie and Ginger still went through some training before their first kayak excursion. Bahnson says they were very fast learners.

“They are trained to get in the kayak themselves on command. They sit down, and off we go. When we come ashore, they’ll stay seated until I tell them it’s OK to get out. They never hopped out into the water, actually… They seem to love it. They get excited when we’d pull the kayaks out and see that we were going.”

“I love my dogs. I love training them, the companionship” Bahnson said. “We’ve gone miles and miles of paddling with our dogs. They just really enjoy going places.” Bahnson and his wife now “doggy-paddle” with their new puppy, and co-captain, Piper. 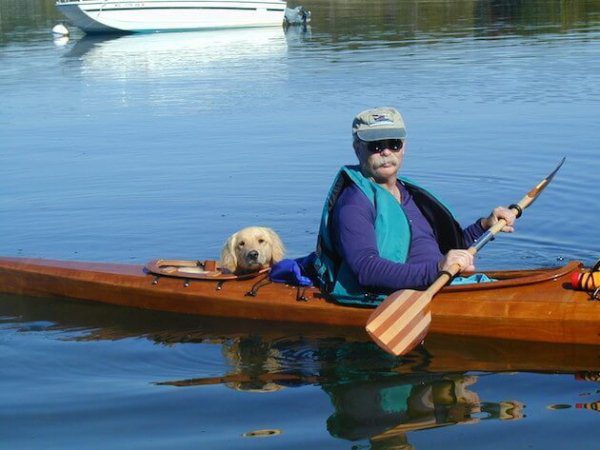