After years of dreaming, this man was determined to carry out his master plan for the ultimate basement. This was his basement before he started. 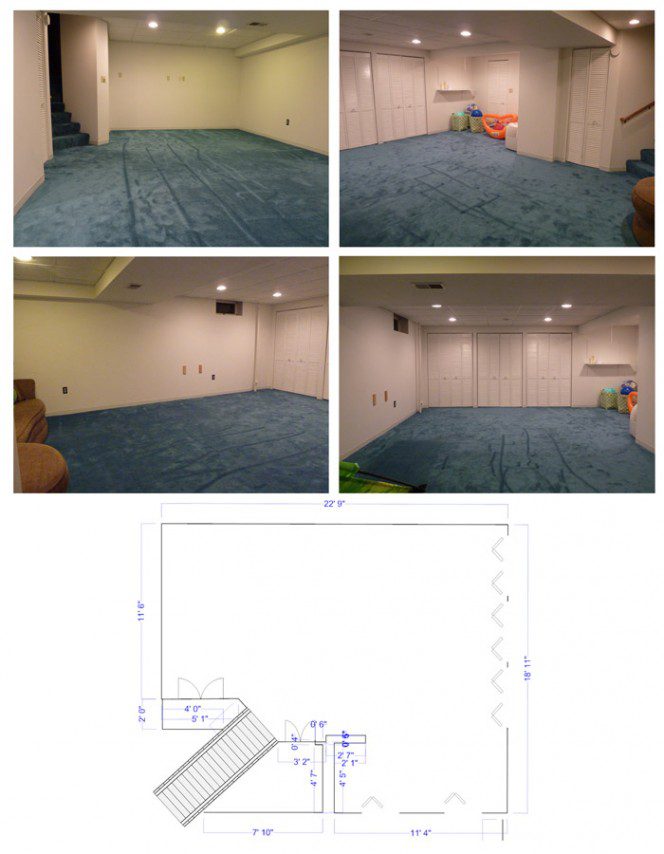 He began by removing the ceiling tiles, the closet front, and its shelves. 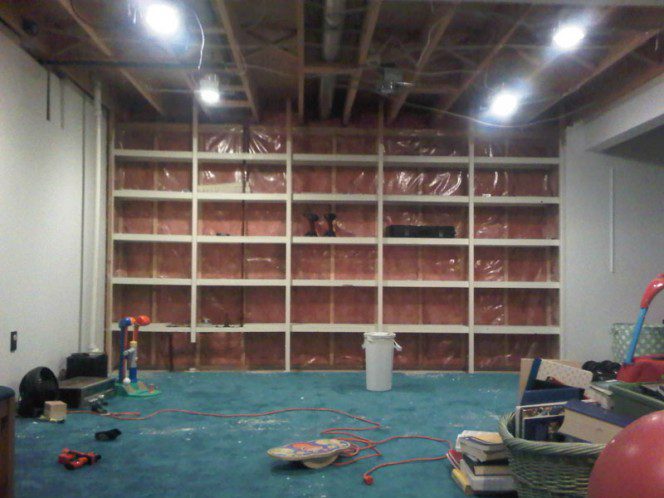 Another closet space was removed and expanded to make room for an A/V cabinet. 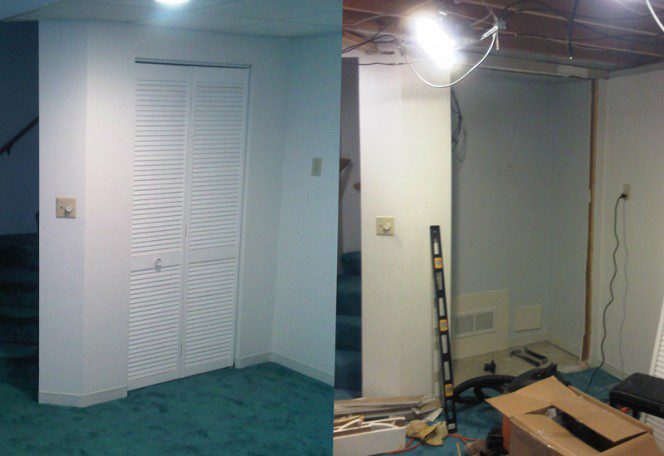 He then started adding soffits.

Next, the projector was installed.

The ceiling was really coming along by then. His son even pitched in by helping him measure out the screen. 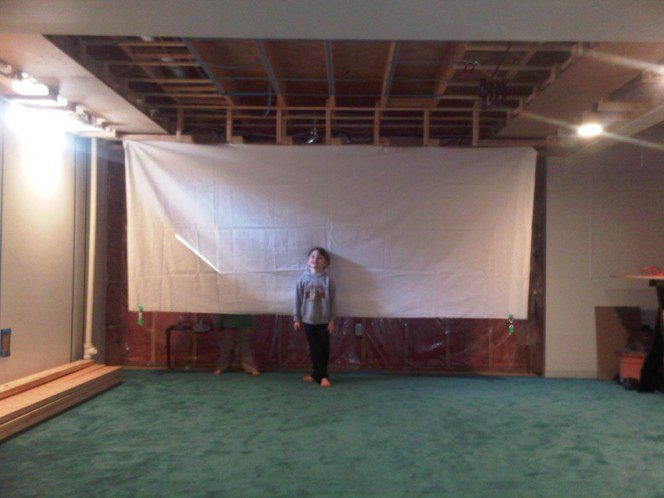 Lights were installed in the ceiling, and sheet rock was placed all around.

The room was then hit with a coat of primer. 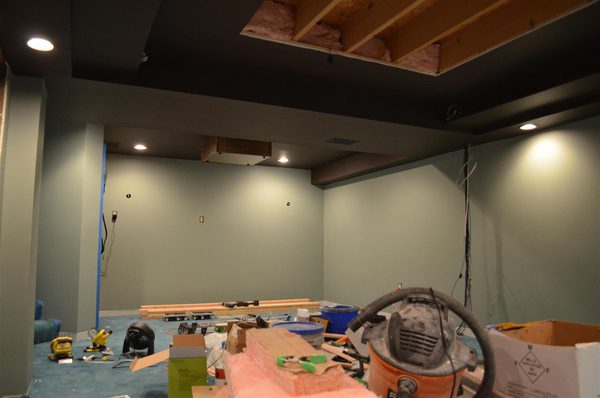 On the front wall, he added a specialized insulation to improve the acoustics. Then it was time to build the stage.

The speakers were added next. The screen was mounted, and the finished product was getting closer to reality. 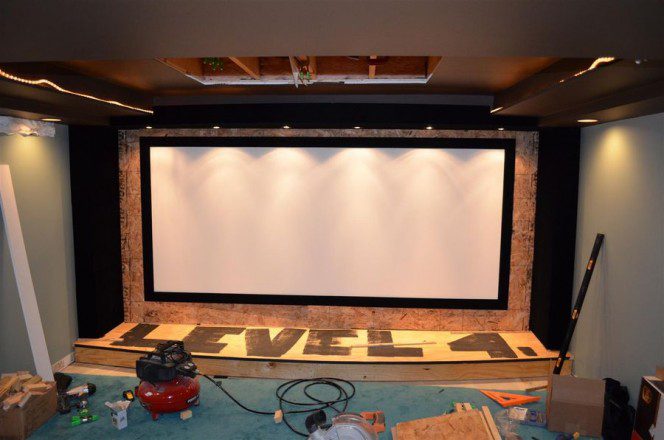 Now the front was complete. 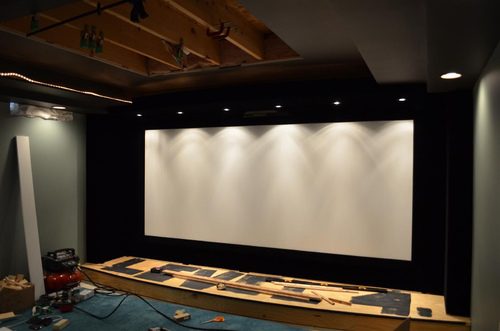 But the ceiling needed some more sprucing up. So a box was made to accomplish that goal. Here it is in place! Columns were placed along the side of the room. But they needed some finishing touches, too. Then they were given a gorgeous trim. Finally, acoustic panels were placed in between each column. Here’s what it looks like coming down the stairs. Voila! After a year-and-a-half of work, his dream theater was complete. Anyone have any movie suggestions? That is one heck of a home improvement project! All he needs is to install a popcorn machine and he’ll really have the authentic experience.