Although the ingredients are simple, the effect is impressive. Take three green apples, one celery stick, one cucumber, one medium beetroot and a piece of ginger root. Mix it all in a blender.

Although it contains only two ingredients, this drink is chock full of vitamins. A cucumber consists of 96% water, while parsley is rich in antioxidants and vitamins. A refreshment which won’t leave you feeling indifferent.

This mixture is a champion among smoothie drinks. Ginger contains very potent anti-inflammatory compounds and is rich in vitamins. Mix together two big handfuls of spinach, one teaspoon of freshly peeled ginger root, two apples, two teaspoons of honey and some water in a blender. You can add water little by little and make your drink as think or runny as you like. 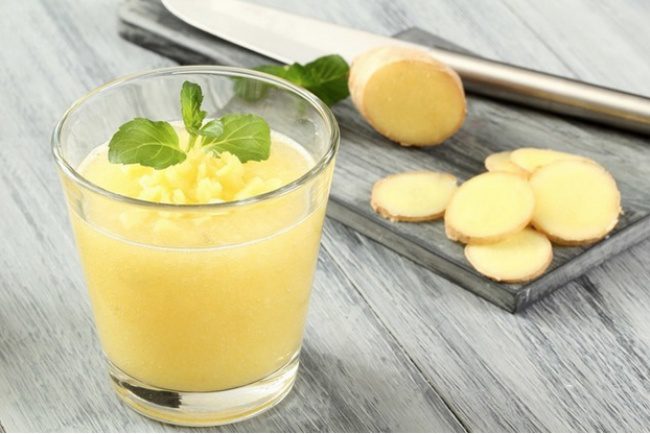 Pomegranate protects cardiovascular health, while sour bilberries helps to strengthen your immune system. Combine them in a juicy smoothie: mix together 3/4 glass of frozen bilberries, one glass of pomegranate juice, one peeled apple, one peeled cucumber and some spinach leaves.

Green tea and citrus plants are no doubt the best detox products. Mix together one peeled orange, half a grapefruit, the juice from half a lemon, a glass of cooled green tea, one mashed banana and a teaspoon of honey.
Broccoli, cauliflower, grapefruit, flax seeds, almonds and dates

Cauliflower contains high amounts of B-group vitamins and helps to detoxify the digestive system. We will need to two types of cabbage to prepare this smoothie. Mix together several pieces of broccoli and several pieces of cauliflower, half a grapefruit, one teaspoon of flax seeds, a small handful of almonds, and also add four dates, and blend until smooth. 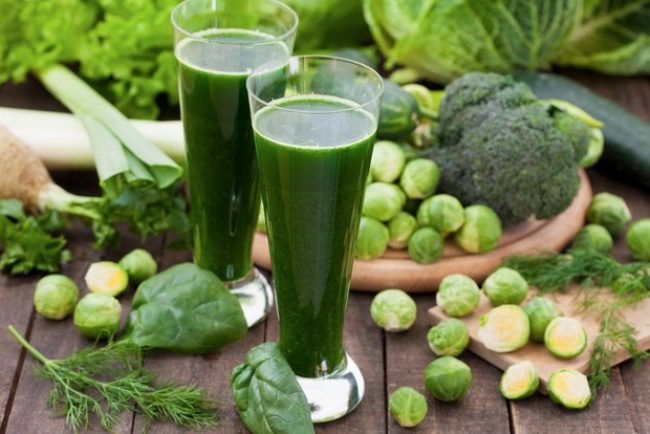 Take one banana, one glass of apple juice, two tablespoons of chopped carrot, and the juice from half a lemon. Blend all the ingredients until smooth and enjoy this juicy refreshing drink.

To make this nutritional drink you will need one carrot, two tomatoes, one celery stick, one teaspoon of olive oil, salt and pepper. Put all the ingredients into a blender and blend until smooth. Enjoy this energizing drink!

Kiwi contains a variety of vitamins, such as A, B-group vitamins, C, E, PP, as well as some minerals: calcium, magnesium, potassium and phosphorus. You can make a delicious drink with this fruit. Fill your blender with three kiwis, one large sweet pear, a big bunch of parsley, half a banana, 250 ml of water, and mix them. 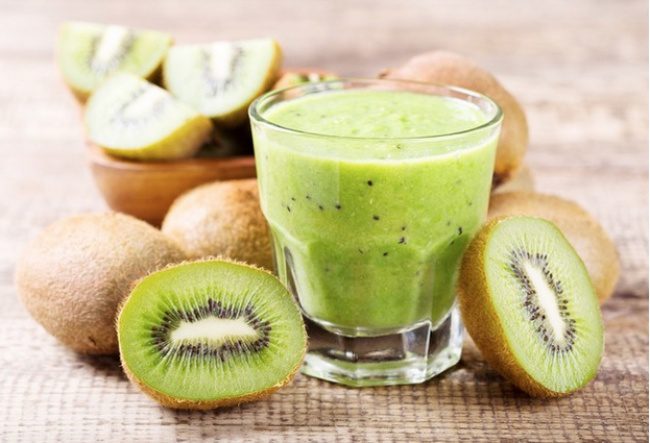 Vegetable juice-based smoothies are even healthier than fruit ones, since they contain cellulose. Drinking this smoothie on a regular basis will help to make your immune system stronger and could even help you lose some weight. Blend together one medium sized amount of beetroot, three carrots, one radish, two garlic cloves and a handful of parsley.

Tropical pineapple is well-known for its fat-burning properties and nutritional benefits. Take half a pineapple, two apples and two carrots. Put all the diced ingredients into a blender and blend until smooth.

Carrots are rich in beta-carotene, which boosts the health of your skin and is good for your vision, immunity and overall health. Take five carrots and blend them with two to three tomatoes, two bell peppers, four garlic cloves, four celery sticks, one cup of garden cress salad and one cup of spinach. 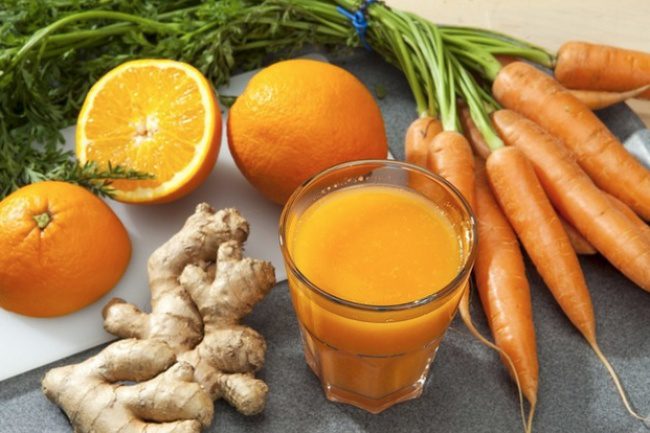 A high concentration of vitamin E makes nuts a super healthy product. Combine a handful of raw almonds, one glass of water, two seedless dates, one teaspoon of honey, 1/2 a teaspoon of cinnamon and a handful of mint in a blender and mix until smooth.

This drink is really easy to prepare, but it has numerous benefits. Cinnamon suppresses your appetite and helps to keep the digestive system healthy. Blend together one banana, 15 raw almonds, one glass of water, 1/2 teaspoon of cinnamon and a pinch of salt.

This smoothie is a good way to get rid of chronic fatigue syndrome as well as your bad moods. Blend two bell peppers and the juice from half a lemon. It’s a great mixture of vitamins.