If you’ve ever bonded with someone over your shared dislikes, you’re not alone — and it could help you find lasting love. That’s the premise of Hater, a dating app that matches you with other users based on things you both hate. The app is only about a month old, but it’s amassed about 200,000 users in the US and abroad — it’s the No. 1 lifestyle app in Germany right now, the company says — with plans to “take on Tinder.”

Using the app isn’t all that different from other popular dating apps — you swipe left and right on potential suitors and there’s an option to chat with them in the app — but the Hater dating app aims to straddle the line of being personality-focused (like Match or OkCupid) with the ease of Bumble or Tinder.

What is the Hater app?

The hater dating app is created by former Goldman Sachs banker Brendan Alper that launched in February 2017. Originally, his concept started out as just a joke.

“I started in finance, and I quit to become a comedy writer, and Hater was actually a comedy sketch idea I had originally,” Alper told CNBC’s “On the Money” in a recent interview. “But when I told people about it, everyone just loved the idea so much that I figured this has to be a real app.” 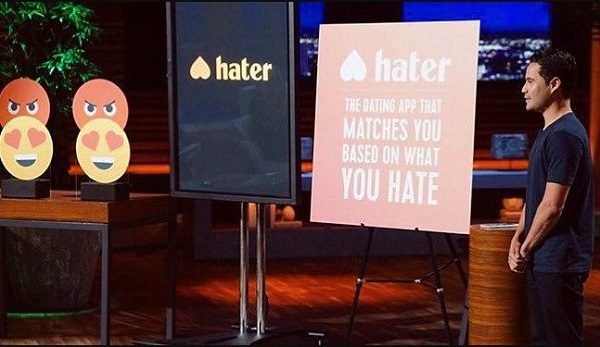 Currently, the Hater app has 4,000 topics such as cargo shorts, crocs, and vegan food. Like the Tinder dating app, people swipe through the topics, either right or left, to say if they like it or hate it. And if you don’t feel strongly either way, you can skip it.

What happened to the Hater app?

Despite launching to decent success, the dating app’s reign didn’t last long. While the Hater dating app website is still active, the app appears to have been removed from the app store, and the company’s Twitter hasn’t been active since 2018. Even in 2019, only two years after the app’s launch, users on Reddit reported not being able to find many people in their area, proving the app’s success was not meant to last long. 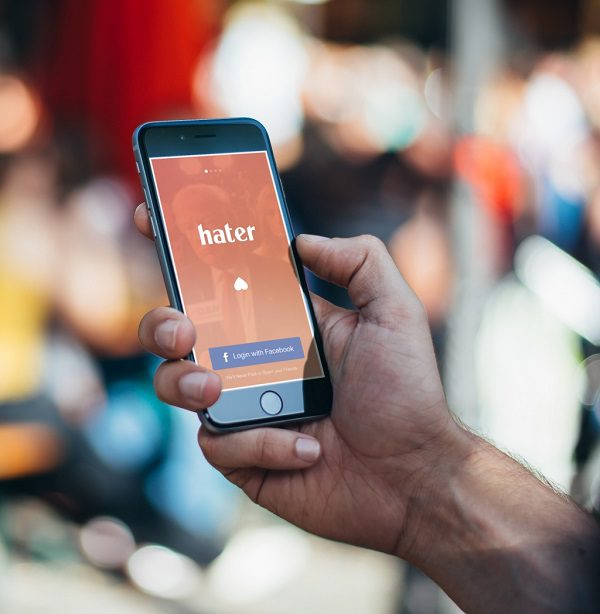 There is no official statement from the company about their closure, but it appears to have been shut down. During Brendan’s interview with CNBC, he admitted that the app wasn’t making any money at the time, so they were planning on implementing advertising and premium subscriptions, though it appears that never panned out. Luckily, there are plenty of other dating apps to try if you’re still looking for love, even if you’re over the original trio of options.

Right now Hater is not making money, but the founder says they are working on monetizing through advertising and is planning to roll out a premium subscription later this year. For those people who are just not buying the concept of finding love through hate, Alper had this to say: “There are optimists and there are pessimists out there, and we really emphasize the fact that this is about hating stubbing your toe or a crowded subway. It’s not about hating groups of people or anything like that.”