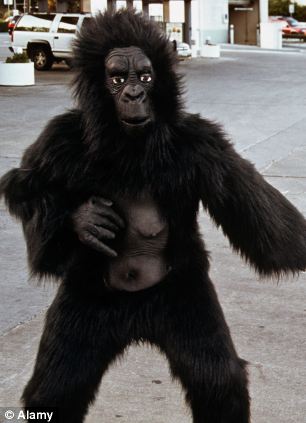 A veterinarian shot a tranquilizer dart at a zoo employee dressed as a gorilla after mistaking him for a primate. The 35-year-old zoo employee was shot on Monday at Loro Parque Zoo on the Spanish island of Tenerife. Staff at the zoo were taking part in a drill designed to ensure they had an emergency plan in place in case one of the gorillas escaped its enclosure.

The veterinarian had not been informed of the training exercise, and fearing that there was a gorilla on the loose he sprang into action. The veterinarian fired the shot – designed for a 400lb gorilla – at the man and hit him in the leg. According to La Opinión de Tenerife newspaper when the man was located later on laying face down while wearing only his underwear. He was taken to the University Hospital of the Canary Islands where he recovered and is his good health.

If you found this as entertaining as we did, please share it with others!