Back in 1958, superstar entertainer Elvis Presley, already a global brand, surprised the world by allowing himself to be drafted for US Army service. Then a lanky and incredibly handsome 23 years old, admittedly Presley didn’t exactly serve on the front lines, but his joining the Army certainly didn’t hurt morale or the draft. 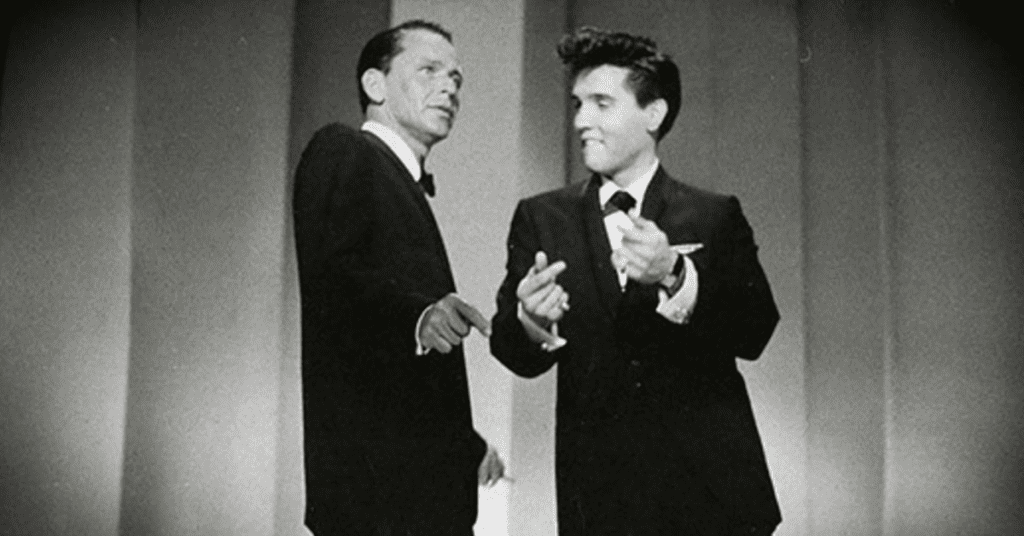 It was the very beginning of the conflict in Vietnam, but it would be years before protests and sit-ins would make Elvis seem like something out of another, quainter era. By living in barracks along with his fellow soldiers, the now-Sergeant Presley even won over some of his haters among the parents of teenage girls who thought that “Elvis the Pelvis” needed to tone it down a few notches.

That service would come to change his life completely: while abroad, his mother died, he met the then 14-year-old Priscilla Beaulieu, who would eventually become his bride, and he first discovered uppers and downers, which would lead to his eventual demise in 1977 at only 42 years old.

But in 1960, when he returned from the Army back home to America, he was newly respected by a slightly older demographic for his military service and relative humility in carrying it out. That led to an unusual television special called “Welcome Home Elvis” with the one, the only Frank Sinatra, who had been a teen idol himself back in the day, but was now 43 years old.

Rumors of a former rivalry and even reported dislike for one another were completely put to bed, as the two master artists covered each other’s hits with an ease that made it sound like they’d been singing the songs – and with each other – all their lives.

Sinatra did a jazzier version of the classic Elvis “Love Me Tender,” while Elvis tousled his voluptuous hair, while singing Sinatra’s big hit, “Witchcraft.” The famous duo even harmonized together.

Given their individual mass appeal, it wasn’t surprising that together, the Timex special pulled in 67 percent of the TV viewing audience at the time. What’s more surprising, perhaps, is that some 56 years later, with both legendary performers long gone, the act remains engaging, fun, and extremely appealing.

When you’ve got it, you’ve got it. And when two of the greatest performers of the 20th century teamed up for a rare television appearance, it couldn’t help but be magic.