After descending a staircase at a vacant shopping mall in Bangkok, professional cook and photographer Jesse Rockwell discovered something he couldn’t even believe was there: fish. Specifically exotic koi and catfish, teeming by the thousands in a secret subterranean aquarium. Rockwell shares via his blog:

New World shopping mall, a four-story former shopping mall (originally constructed as an eleven story building), was found to be in breach of old town Bangkok’s four story limit on building heights. The top seven floors were demolished to adhere to building codes in 1997. In 1999 the mall burned due to suspected arson committed by a competitor in the area. The disaster resulted in many casualties, and the building has since remained abandoned. Not having a roof, the basement floor remains under several feet of water year round.  At some point in the early 2000s, an unknown person began introducing a small population of exotic Koi and Catfish species. The small population of fish began to thrive and the result is now a self-sustained, and amazingly populated urban aquarium.

Here are some amazing photos by Rockwell from this phenomenon… 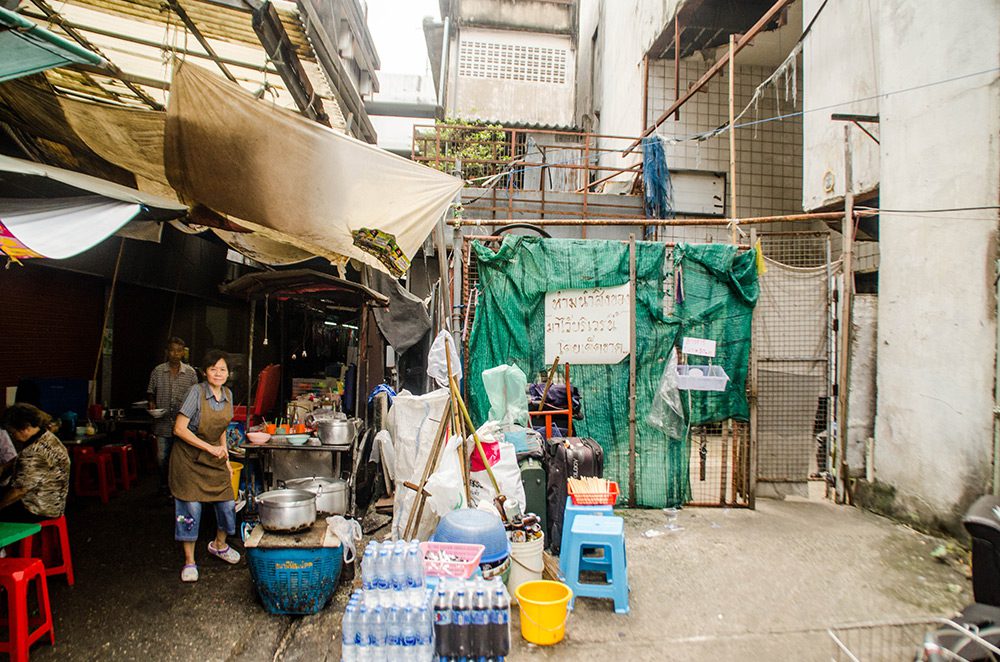 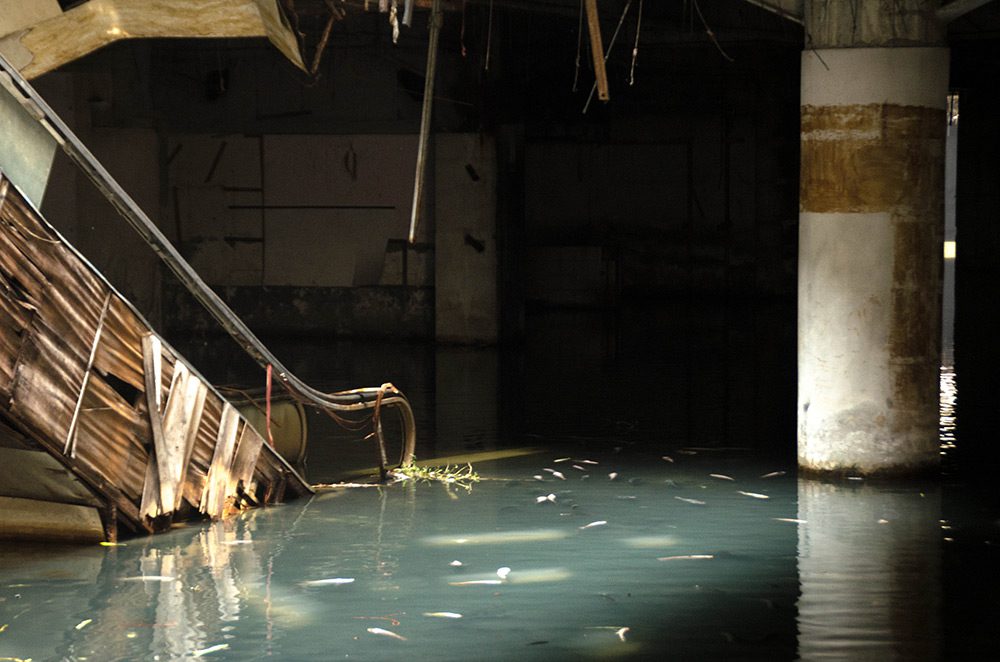 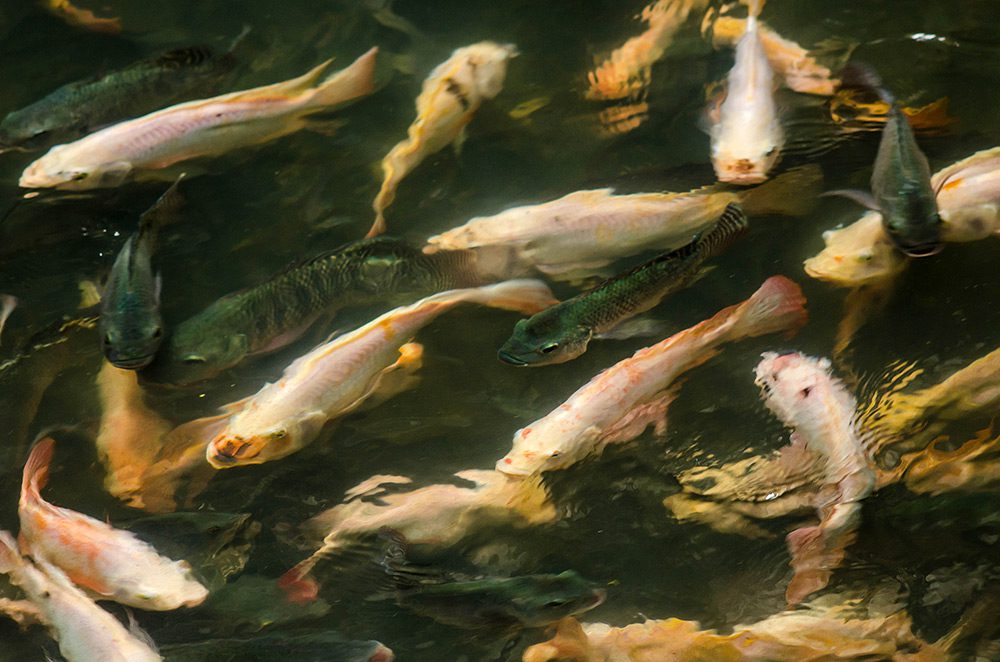 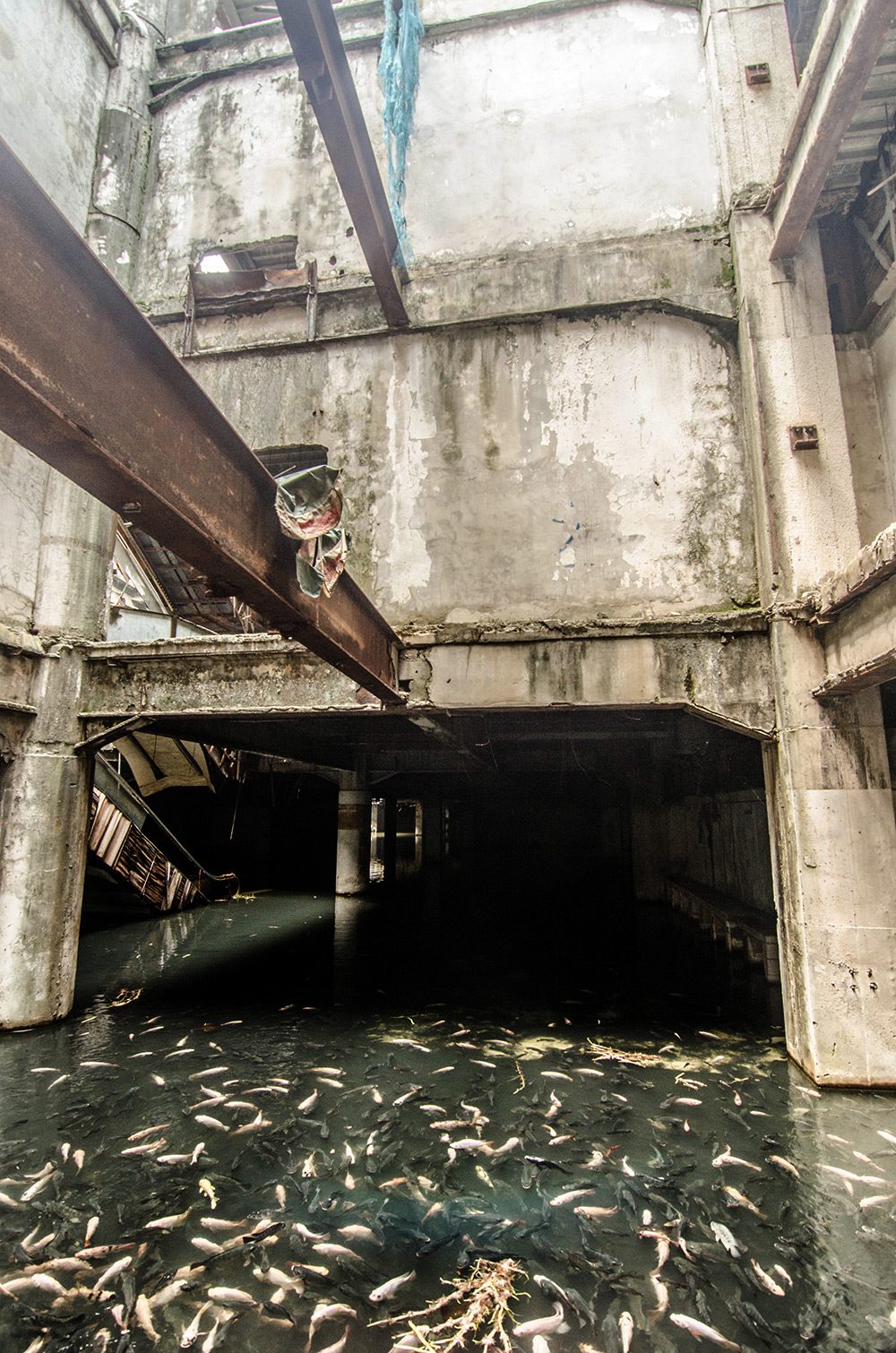 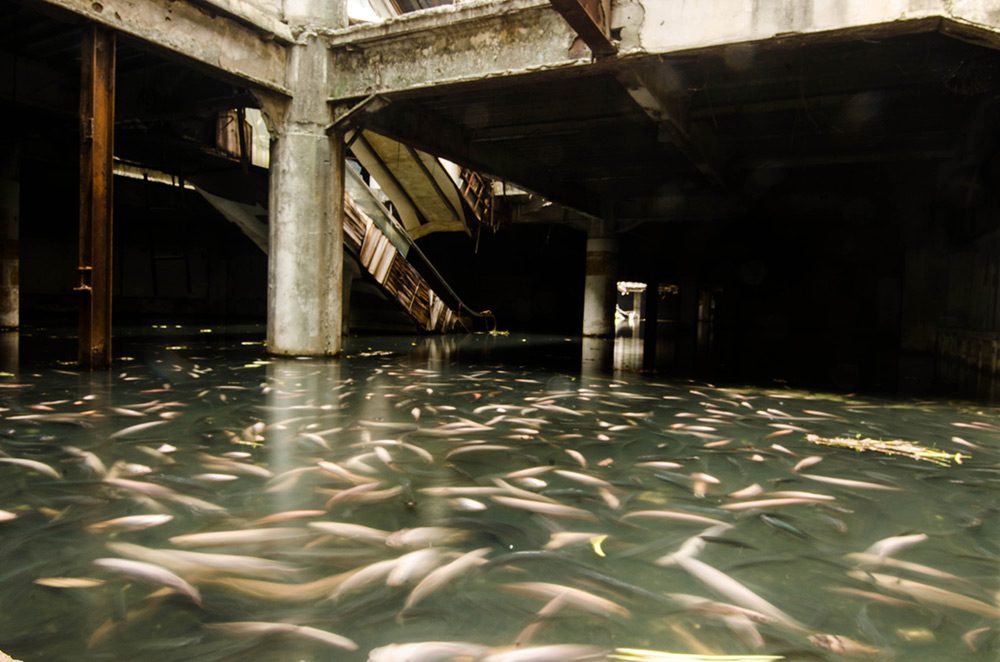 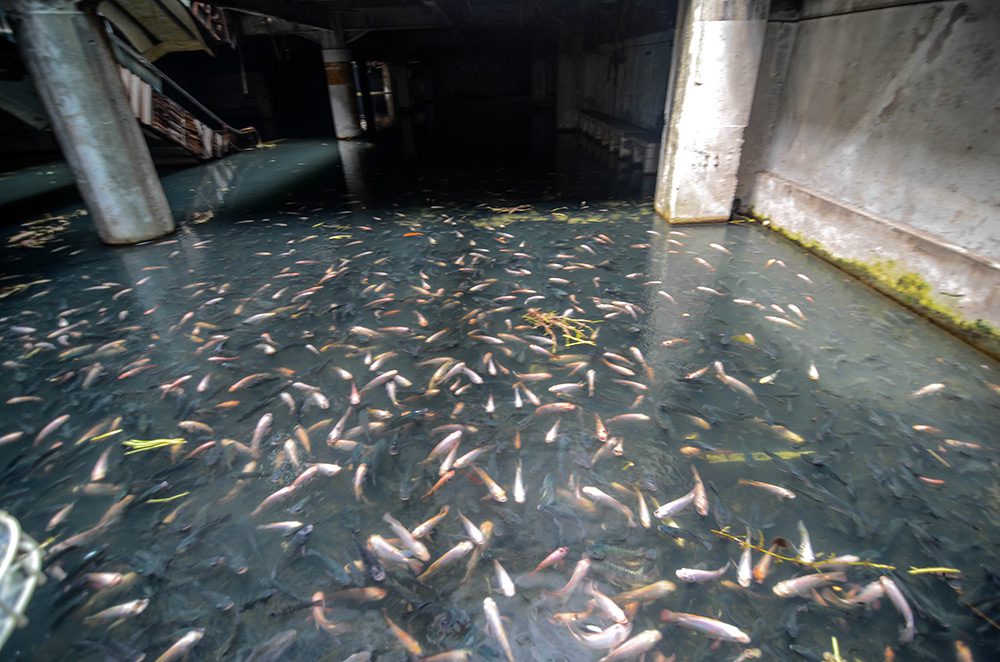 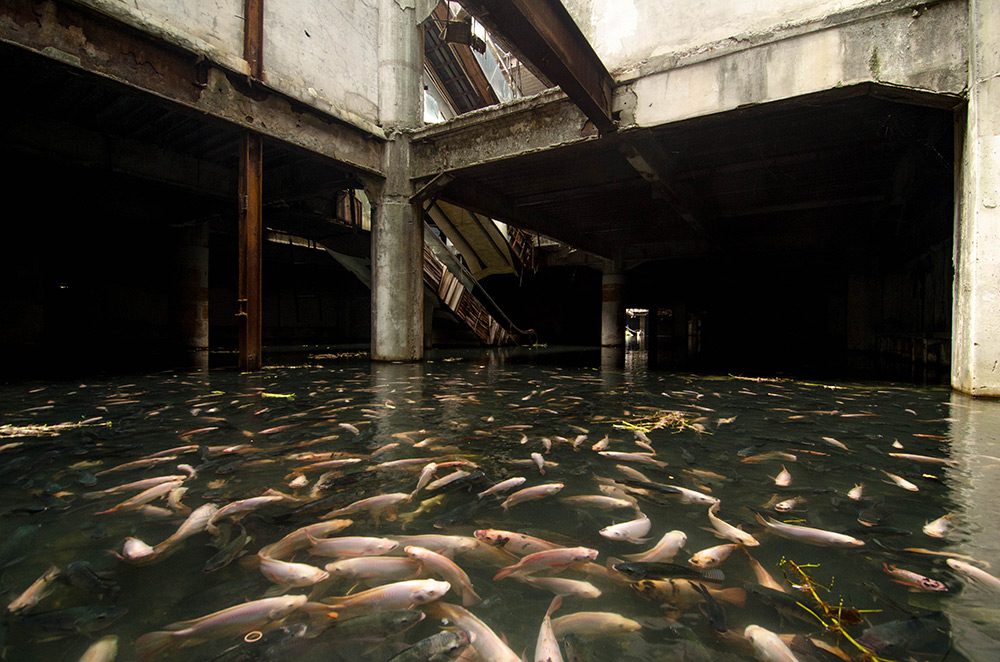 Source:  This is Colossal