A while back, George lost his best friend of 12 years, a Labrador named Blackie. And he just hadn’t been the same. His owner, Jacquie Litton, says George was overcome with heartbreak and grief. Until one day…

It all changed when this duck waddled into his life one day. The little guy showed up as if to comfort the heartbroken dog. 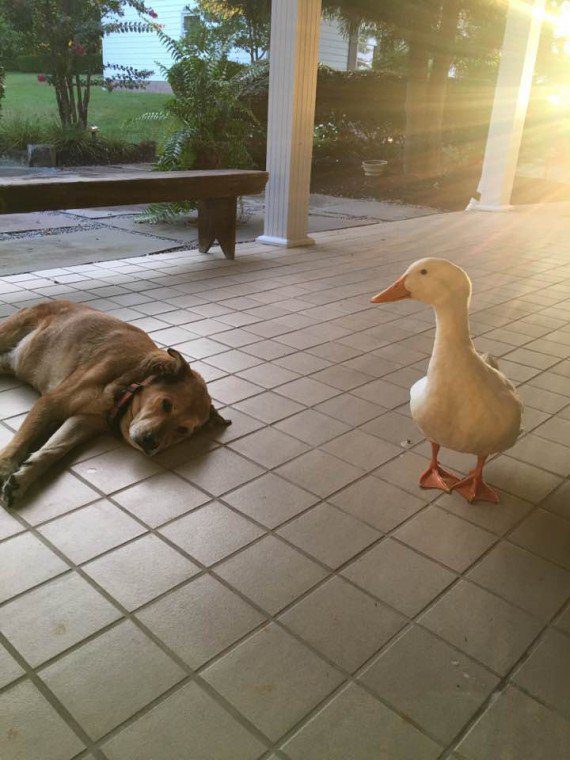 George instantly took to the duck. It was just what he needed after losing his best friend of 12 years. 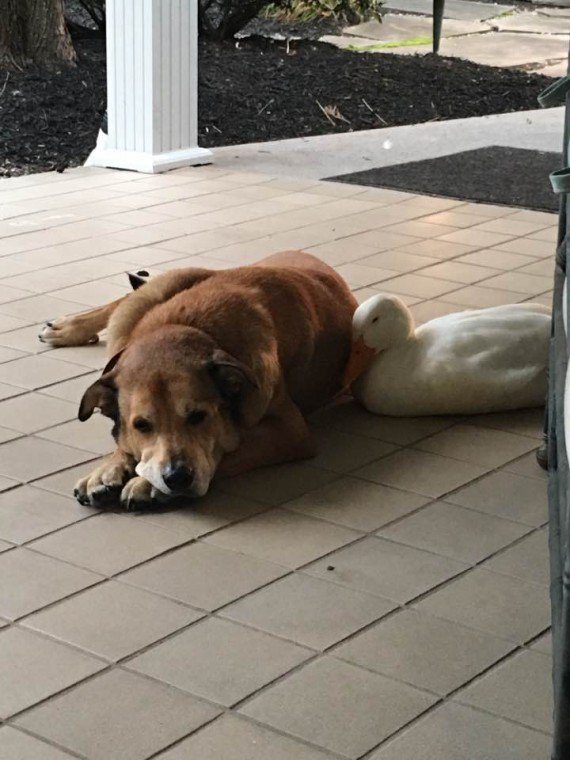 “We have no idea where this duck came from but he sure does love George and since the duck has arrived George has not cried one time,” George’s mama wrote on Facebook. “It is strange for a duck to just appear at our house and be attached to your dog and even more strangely the anniversary week of Blackie’s passing.” 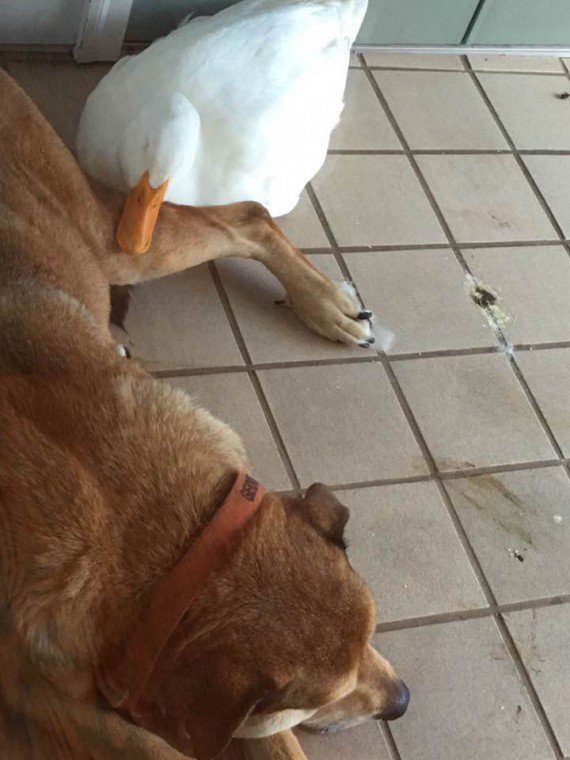 They two had become inseparable, so Jacquie invited the duck in to stay. George even gave up his bed. 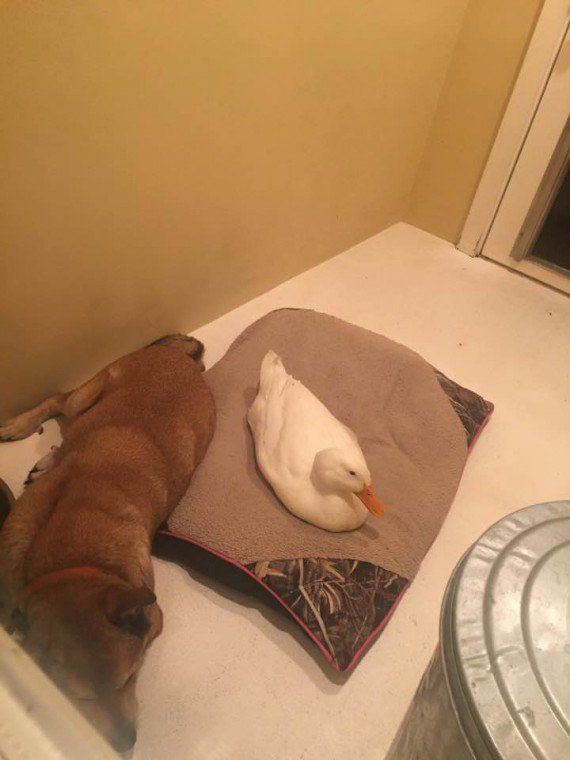 George is his old self again. 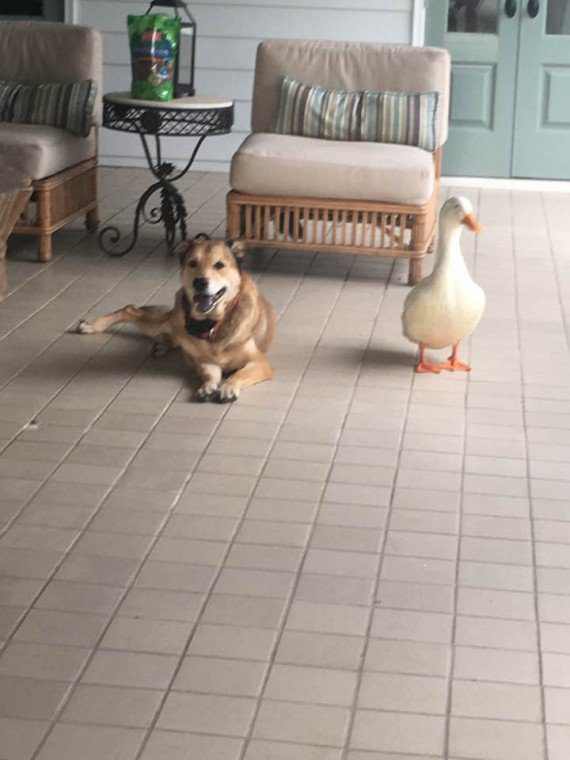