It’s always amazing to see just how easily kids find pleasure in the simplest of things. Some parents spend thousands of dollars on toys each year for their children in an attempt to provide them with the things they didn’t have growing up. But reflecting back on childhood, some of the most enjoyable playtimes involved nothing more than a few everyday objects and the power of one’s imagination.

Imgur user BadSmash4 recently shared this project he was working on for his daughter. Using some extra pieces of hardware and supplies around the house, he set out to create the perfect activity wall for his almost-1-year-old daughter.

He started off by constructing at wooden frame for the wall using some wooden 2×4 boards. 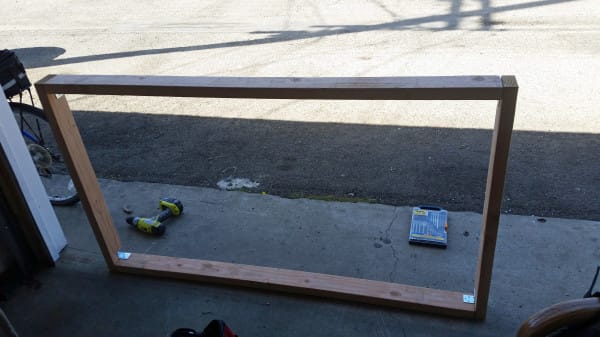 With the frame completed, he attached a sheet of chipboard to it using L-brackets and reinforced it with a piece of lumber in the middle. 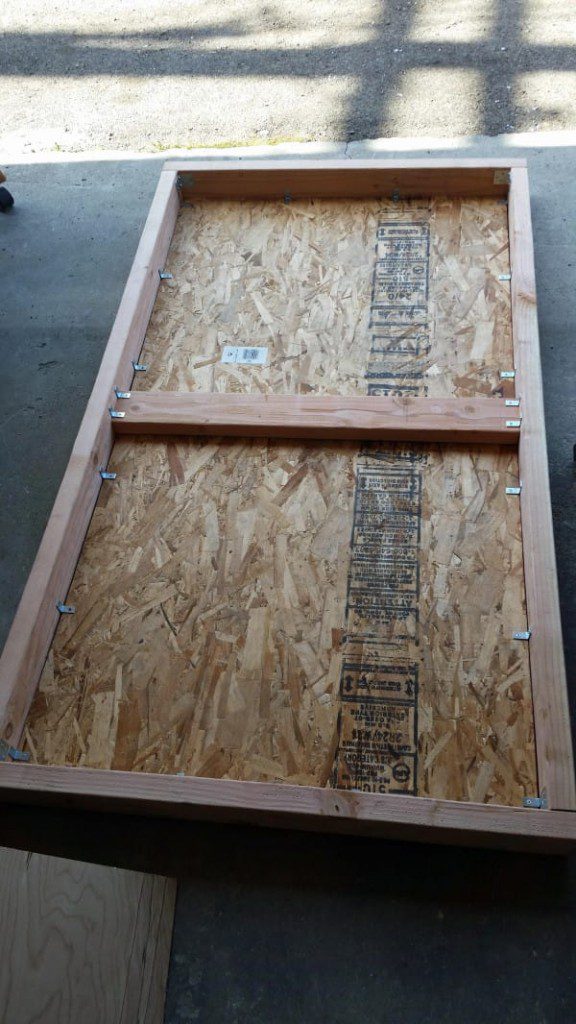 After the chipboard was firmly secured, he prepared the piece by covering the exposed side with glue so that a more finished sheet of wood could be added on top. 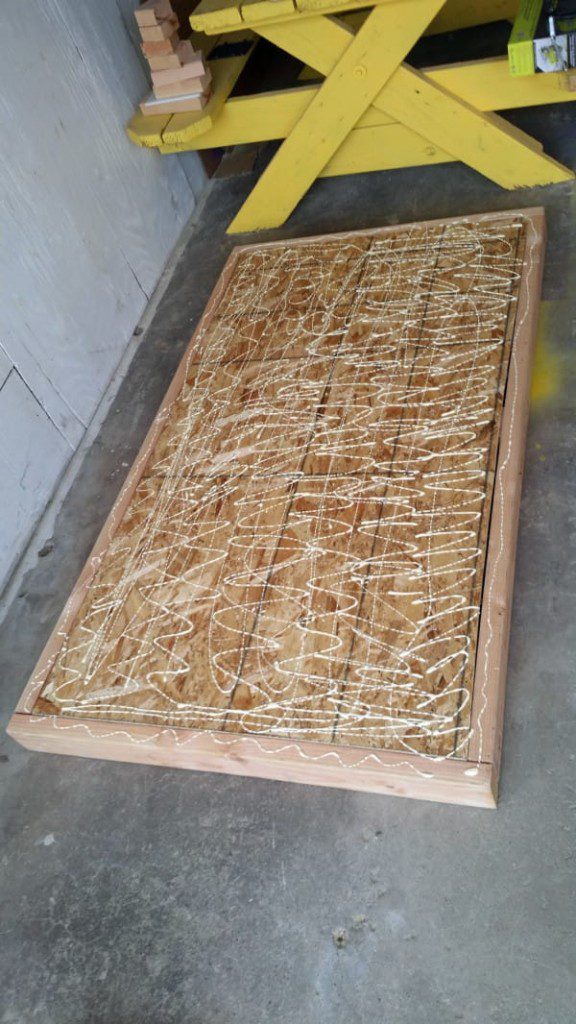 To ensure the adhesive formed a rock-solid bond, he used weight-lifting plates and some tools to weigh it down as it set. 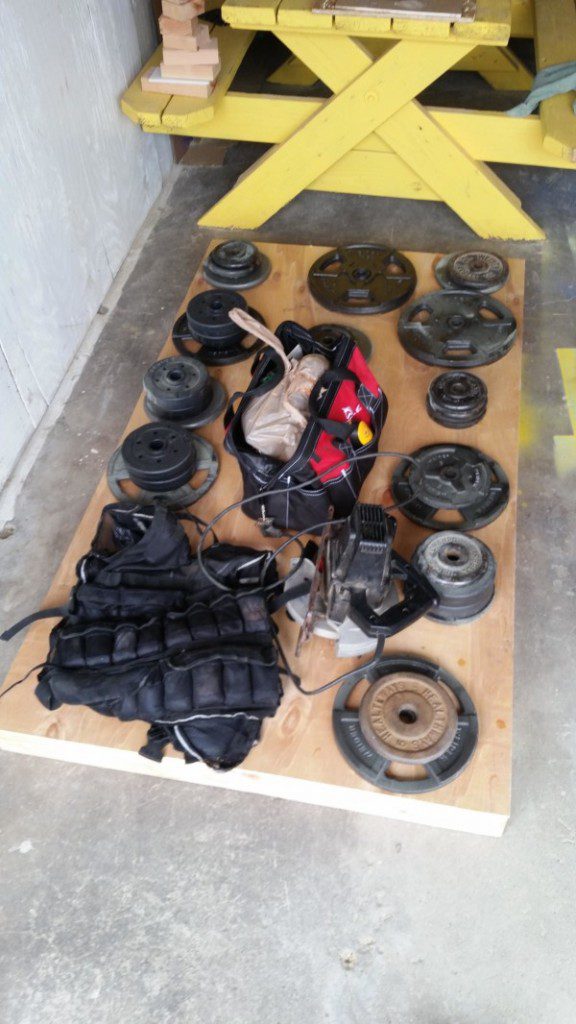 Then it came time to prepare the wood for painting. He filled all cracks and knots with wood filler and sanded everything to a smooth finish. After, he gave the wood five coats of paint. When the paint finally dried, it came time to add on fun-looking alphabet letters, numbers and shapes. 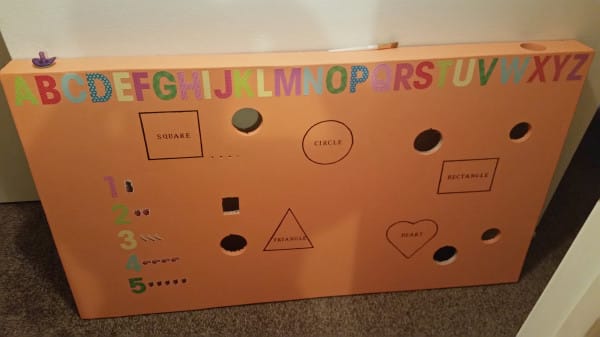 Cutouts were also made at this point so that working lights could be added. The lights were taken from a light-up piano toy that his daughter had no interest in using. 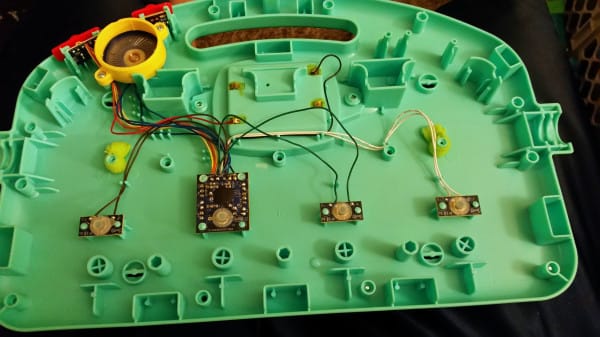 Everything started coming together nicely. 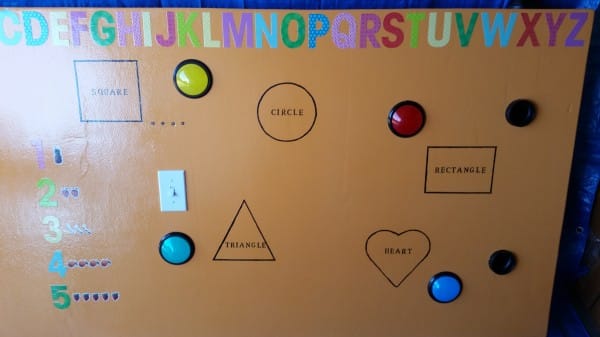 After attaching the lights to the board, they were all wired to a simple switch. 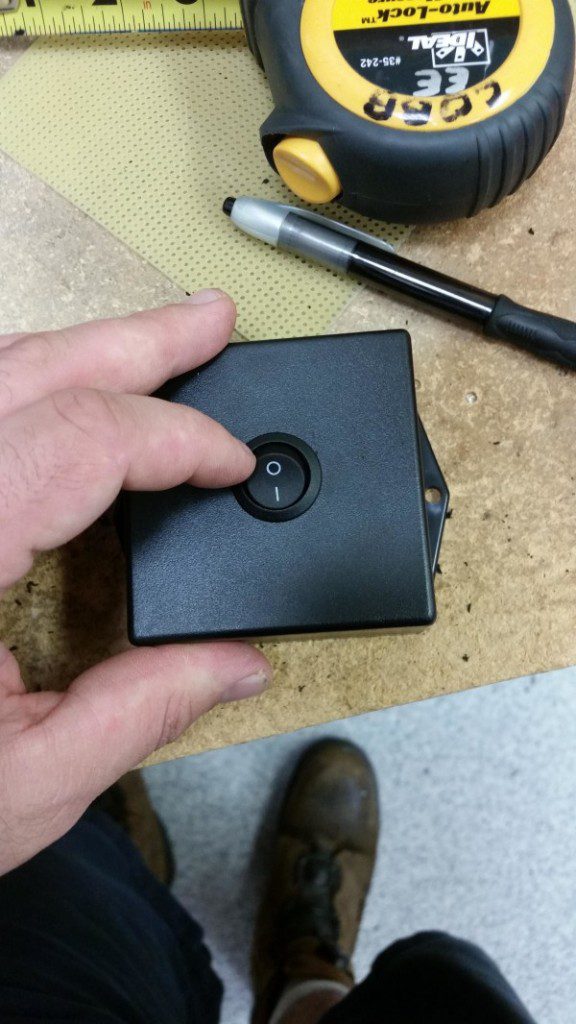 He even added a pipe to the activity wall so that objects can be put into the top opening and fall out the bottom. Different pieces of hardware were added to the exterior – each having a unique feel and different interaction method. Even before the project was complete, daddy’s little girl was already taking a liking to it. The final parts to be completed utilized five sheets of non-toxic durable plastic. The pieces were cut into simple geometric shapes so that they coincided with those already drawn on the main board. 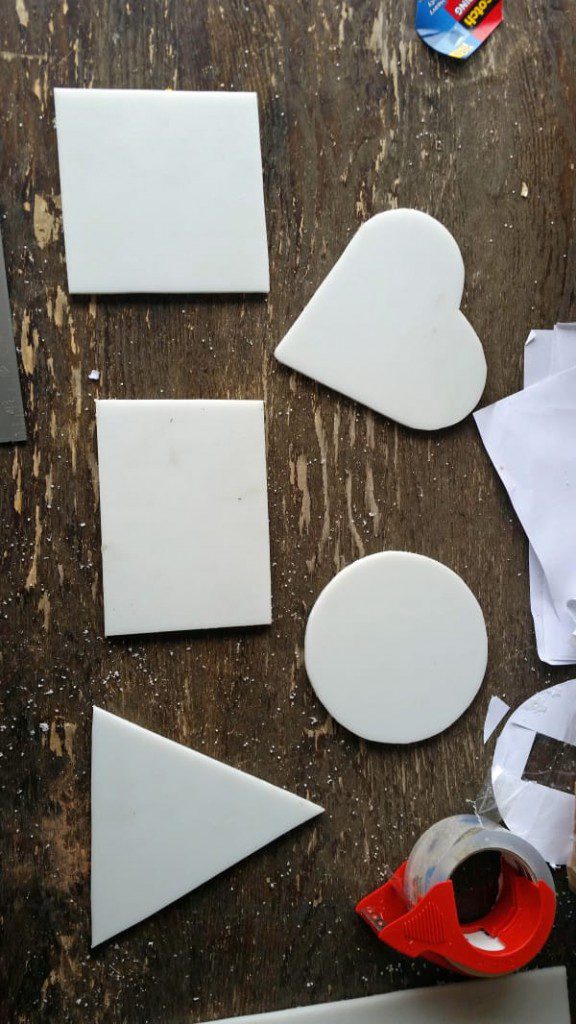 Covered in felt, the shapes were attached to the wall using simple hinges. This would allow the toddler to open and close the shapes and reveal what they were called.