A young woman died after getting her neck trapped in a pedestrian fence as she tripped over her luggage in central China.

Her face turned purple and suffocated while being trapped between two metal bars about a hand width apart.

The incident has caused an outcry online as web users complained that no improvement has been made following a number of similar accidents. 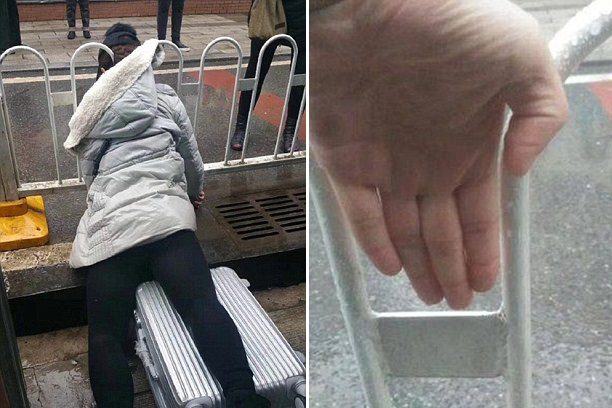 A young Chinese woman has died after getting her neck stuck in a fence in central China (left). Her neck is trapped between two metal bars about a hand width apart (right)

According to Chutian Metropolitan Daily, the young woman tripped over her luggage when she got off a bus at Huangpu in Hankou city, Hubei Province on February 27.

Photos emerged shows the woman, said to be in her twenties, wearing a white down jacket, a black cap, and a black-framed glasses, has her neck trapped in a U-shaped fence behind a bus stop.

Huangpu Police and paramedics arrived 16 minutes after the incident. The woman was pronounced dead at the scene.

Paramedics removed her body after the police officers cut off a section of the fence.

The fence is a standardized U-shaped fence that is commonly used across the country in China. It is about one-meter-tall (3.3ft), however, the space between each panel is only about a palm’s width, according to the report. 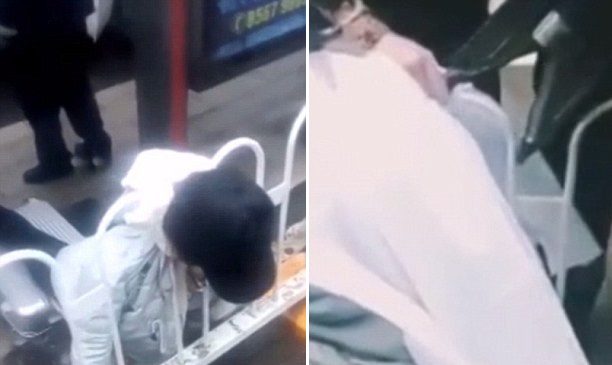 The woman is believed to have tripped over her luggage when she got off a bus and fell on the fence (left). Paramedics pronounce her dead at scene 16 minutes after the incident (right) 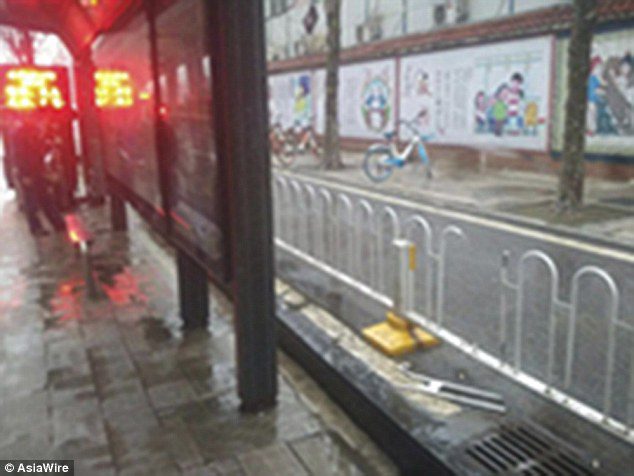 The young woman trapped her neck on a pedestrian fence next to a bus stop in Hankou, Wuhan 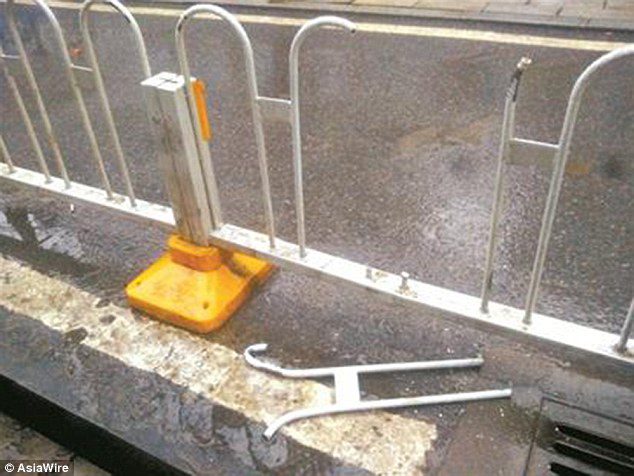 Web users commented that such accident often happens and blamed the government for not improving the design of the fence.

In March 2016, a pregnant woman lost her life as she got her neck trapped in a fence, the same shape as the one in the Huangpu incident.

One pensioner died as his head got stuck in a fence in Beijing in summer, 2015.

Medical experts from No.1 Affiliated Hospital of Xi’an Jiaotong University told the reporters that the fall could damage the carotid arteries that supply blood to the brain.

A person could die if there is no blood pumped to the brain for over five minutes.