Los Angeles Times staff writer Amy Kaufman’s new book, “Bachelor Nation: Inside the World of America’s Favorite Guilty Pleasure” (Dutton, out March 6), pulls back the velvet curtains on one of the highest-rated reality shows on television, ABC’s “The Bachelor.” And it’s not all rose petals and champagne flutes. Kaufman reveals that the show’s supervising producer, Scott Jeffress, would motivate the other producers with cash, keeping a wad of $100 bills for anyone who delivered the goods. “The first producer to get tears? A hundred bucks! You get [the bachelor] to make out with the right girl? A hundred bucks! Catch a chick puking on-camera? A hundred bucks!” 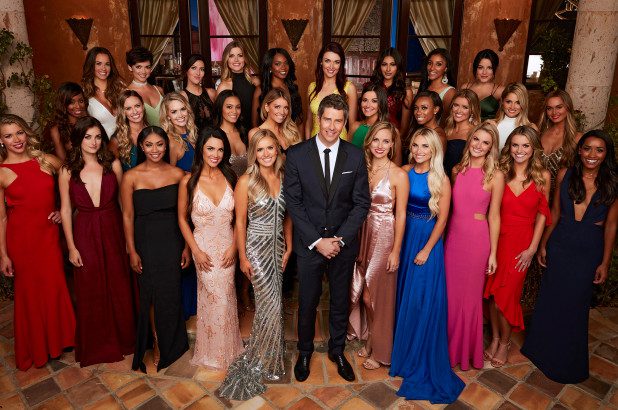 The conditions in the “Bachelor” mansion set the stage for a chaotic, stressful environment: Contestants “sometimes sleep 12 to a room in bunk beds,” and they aren’t allowed to leave the property, listen to music, read books or magazines, work out or catch up on the news.

“It’s all part of a well-designed producer strategy called ‘The Bubble,’” writes Kaufman.

“Inside the bubble, all that matters is the show.”

But how do you get into the bubble? In this excerpt, Kaufman reveals who gets on “The Bachelor.” 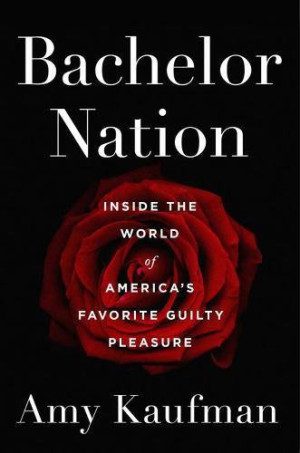 After filling out an extensive application and submitting five to 15 pictures of themselves, applicants must produce a “well-lit” video of themselves “dressed as if going to a nice dinner,” showing off their apartment, their pets, and talking about what their ultimate fantasy date would be.

If the producers decide they’re interested in a potential contestant, that person would be invited to come to LA for one of two final audition weekends — all expenses paid — to meet the production team in person.

A 150-question personality test is filled with multiple-choice and true-or-false questions: Do you have out-of-body experiences? Do you think you can control things with your mind? Have you ever wanted to kill someone? Some of these questions would be asked several times, with different wording.

The next day, a Saturday, they would be escorted to a room to have a one-on-one interview with a producer. There would likely be candles and mood lighting.

After 20 minutes of speaking with the producer privately, they would be walked to an adjoining room, where they would be greeted by roughly two dozen producers sitting stadium-style. The producers would have the potential contestants sit down and would start asking them questions, rapid-fire. Had they watched the last season of “The Bachelorette”? Did any of the guys stand out? What were they looking for in a man? What was their dream job? If they could have that dream job if they cut off one of their limbs, would they do it? Would they rather have a DDD bra cup or write a cover story for Vogue?

Just as the questions started to become more outlandish, the producers would wrap up the session and a handler would take the person to meet with the show’s therapist. From 2002 through summer 2017, that was Dr. Catherine Selden.

According to the California Board of Psychology, Selden is a state-licensed psychologist who graduated from Pepperdine University and has no disciplinary actions against her license. She was always made available to contestants throughout the season — she was not a presence on set but emerged any time she was requested — and cast members were supposed to meet with her after they were eliminated.

But contestants were first acquainted with Dr. Selden during the casting process. So she would be in possession of the personality test they had previously filled out and would spend roughly an hour asking questions about it.

At times, she would get personal: Had they ever cheated on anyone? Did they have a history of mental illness or depression? Did they ever drink too much? Did they ever get into fights when they were drunk?

Next, the handler would bring them to a private investigator. This person would be trained to dig up any skeletons in the closet — partly to use for their storyline but also to get ahead of any tabloid stories that could come to the surface if they were on the show. Had they ever been arrested? Had they ever sent nude photos to anyone? Had they ever made a sex tape? Had they gotten a DUI?

Finally, the potential contestant would be taken for a medical examination. Samples of their blood and urine would be collected. These samples would be tested for drugs and sexually transmitted diseases. They would fill out their medical history and answer questions about their health. If they were on any medication, they would tell the medical professional, who would want to know whether they would need their pills during production.

If it turned out the person had an STD, they would be taken out of the running immediately. And apparently, that’s the top reason applicants don’t make it onto the show.

“As soon as the medical tests came back, you’d see that herpes was the biggest thing,” said Ben Hatta, [creator and executive producer] Mike Fleiss’s old assistant. “And sometimes you’d be the first person to tell a contestant that they had herpes. You’d be like, ‘Uh, you should call your doctor.’ Why? ‘We’re not going to be able to have you on our show, but you should call your doctor.’

“Then they’d realize they’d been denied from ‘The Bachelor’ and now a bunch of people knew they had herpes.”

As for the psychological testing, Fleiss likes to say that “The Bachelor” has some of the most thorough background checks in the business.

“We’re really careful about who we let on the show,” he said at the Banff World Media Festival in 2012. “We lose a lot of great potential characters because we’re so tough and stringent . . . Anyone who has any sort of borderline personality disorder or instability or any sort of past involving contemplation of suicide — we just can’t take the risk. We just don’t.”

But according to numerous producers who have worked on “The Bachelor,” the rules aren’t always that strict.

“There are psychological tests they have to pass, but there’s a window of the pass, do you know what I mean?” insinuated Michael Carroll, the producer who got so close to contestants that he even crashed in their rooms occasionally. “You’d know there’d be a possibility of [someone] being kind of unhinged — like, she passed, but just barely. You can see it at the casting events during the interviews: ‘Oh, this chick is going to go ­f–king nuts. She’s amazing.’ ”

Say, for example, Carroll told a woman to describe her first love. You don’t want the girl who says her first boyfriend played lacrosse and went to Harvard. You want the girl who dated a guy who rode a motorcycle and was the bane of her parents’ existence. “You want the girl who’s like, ‘Oh, he was super cool and we would go f–k in his parents’ pool,’ ” Carroll explained. “You get the feeling of who pops on TV and who’s coming unhinged and who’s gonna go for it.” 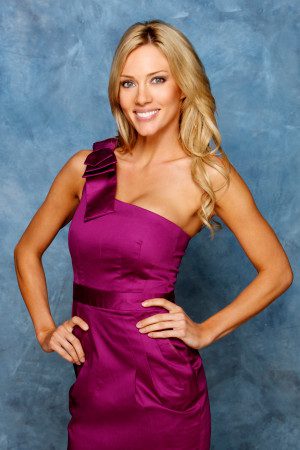 Rozlyn Papa, an infamous “Bachelor” villain, recalled her session with Dr. Selden being particularly troubling. The psychologist asked Papa if she had ever struggled with mental illness, and the single mother was candid about her battle with depression. Even though she wasn’t feeling low at the time, she was honest about the fact that depression was an ongoing issue in her life.

“If they were really trying to protect you, you’d think that would be sort of a red flag and they would say, ‘Well, maybe this is someone who can’t handle this kind of pressure,’” said Papa, who ended up getting kicked off Jake Pavelka’s season in 2010. “But instead, it was almost like, ‘OK, perfect. You’re perfect for the show. You’re going to cry. You’re going to say some really screwed-up stuff.’ Looking at it, I can see why I should not have been a candidate.”

Contestants sign contracts in which they must agree to be filmed up to 24 hours a day, seven days a week. But this may also be “by means of hidden cameras and microphones,” according to the contract — meaning they’re likely going to be caught, at some point, in a less-than-positive light. They should have “no expectation of privacy.”

Furthermore, because this is a reality show, contestants must acknowledge that “elements of surprise” will be included. They must be “prepared for anything,” including “twists” and “surprises.”

“Producers or others connected to the show,” the contract reads, “may intentionally or unintentionally make misrepresentations or omissions concerning the Series.” Basically: The producers can mislead the contestants, and that’s totally kosher.

And then there’s this clause: I UNDERSTAND, ACKNOWLEDGE AND AGREE THAT PRODUCER MAY USE OR REVEAL PERSONAL INFORMATION WHICH MAY BE EMBARRASSING, UNFAVORABLE, SHOCKING, HUMILIATING, DISPARAGING, AND/OR DEROGATORY, MAY SUBJECT ME TO PUBLIC RIDICULE AND/OR CONDEMNATION, AND MAY PORTRAY ME IN A FALSE LIGHT.

In other words: If you get drunk, naked, or just downright bitchy, come off looking terrible, and then lose all your friends and your job? That’s on you. Even worse, anything embarrassing that you do on the show — whether you were “clothed, partially clothed, or naked” or “aware or unaware” of being filmed — is owned by the franchise forever.

Even though everyone on the show is advised to “refrain from all forms of violence and intimidation,” you might be in “close physical proximity” to contestants who could exhibit “physical or verbal aggression.”

In the year following the finale of your season, you must be available to take part in a “reasonable number” of interviews, photo shoots, and chats for publicity.

You also have to agree to take part in any special episodes of the show — like “After the Final Rose” or other reunions — for three years. 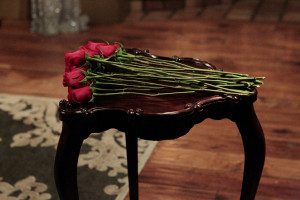 Roses before being handed out to “Bachelor” contestants

And if you make it to the end of “The Bachelor” and decide to get married within the two years following the show, the producers own the exclusive rights to your wedding. If they exercise those rights, they’re only going to pay you $10,000 per hour of televised programming about your union. As for the ring given to you by Neil Lane? You don’t own it — and therefore can’t sell it — for two years.

Given all these guidelines, the question remains: Why would anyone agree to go on this damn show? Don’t the risks very obviously outweigh the benefits?

There are plenty of former contestants who admitted, outright, that they simply didn’t read the contract. They wanted to be on TV and figured, “What the hell? How bad could things get?”

Rarely, it seemed, were past contestants honest about what drew them to be on a reality show — likely because that would mean admitting to being unhappy with the monotony of their off-screen lives.

“Think about it,” reasoned Papa. “The majority of girls on that show either don’t have a job, or they have a job where they can leave for six weeks. You’re looking at women who aren’t really in a solid place in life, and probably have issues with identity or love or self-esteem.”

Adapted from “Bachelor Nation: Inside the World of America’s Favorite Guilty Pleasure” by Amy Kaufman, to be published on March 6, 2018, by Dutton, an imprint of Penguin Publishing Group, a division of Penguin Random House, LLC. Copyright © 2018 by Amy Kaufman.