Australia could completely run out of fuel by the end of next month, experts say, as the escalating conflict in Syria threatens to cripple supply channels from overseas.

A precarious combination of low oil reserves and over-dependence on international imports puts Australia at particular risk of running dry.

While the International Energy Agency mandates that countries hold a stock in reserve ‘equivalent to 90 days of net imports’, Australia only has 43 days worth of supply, the Australian reports.

And that could be cut down even further if a global crisis threatens supply channels from places like the Middle East. 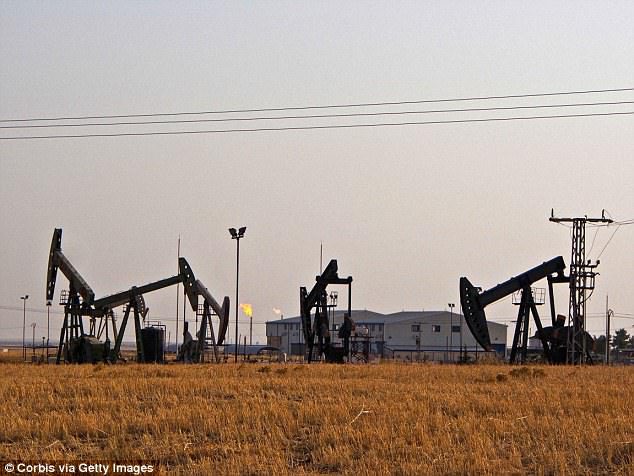 Australia could completely run out of fuel by the end of next month, experts say, as the escalating conflict in Syria threatens to cripple supply channels from overseas 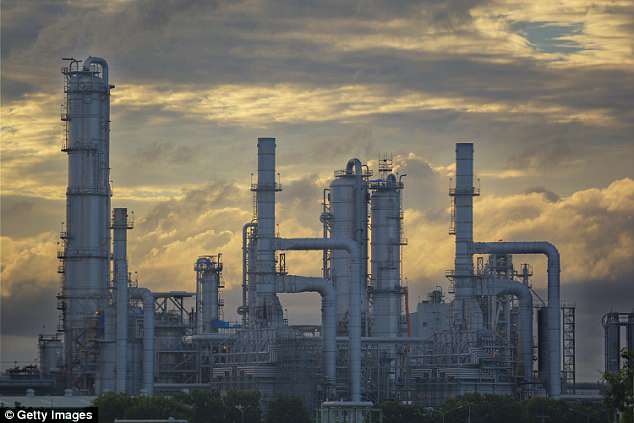 The danger stems from low oil reserves and over-dependence on imports, with Australia outsourcing its oil refining to places like Singapore A Syrian soldier films the damage of the Syrian Scientific Research Center which was attacked by US, British and French military strikes 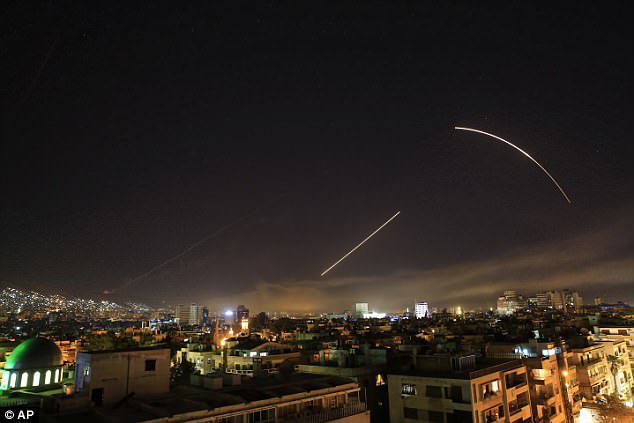 ‘[Australia is] one of the few countries in the world that do not take our energy security seriously’ said Dr. Nolan.

‘It would be a Mad Max world. Our society and our economy would begin to fall apart very quickly… [because] everything depends on fuel to make an economy run.

‘It is very serious.’

The rather ominous forecast comes in the wake of major US strikes on the Assad regime, as tensions escalate and threaten to compromise international trade.

This could prove dire for a nation that outsources its oil refining to such international locations as Singapore.

‘Instead of investing in refinement facilities here for refining fuel, the government has decided it’s cheaper to do it overseas,’ said Dr. Davis.

‘The price they pay for that in a crisis is that China can interrupt flow to Australia [from Singapore] relatively easy and our economy falls apart.’ Liberal Senator and former major general in the Australian Army Jim Molan warns that ‘we stand in real trouble’, as our reliance on overseas supplies would be hamstrung by an escalated global conflict 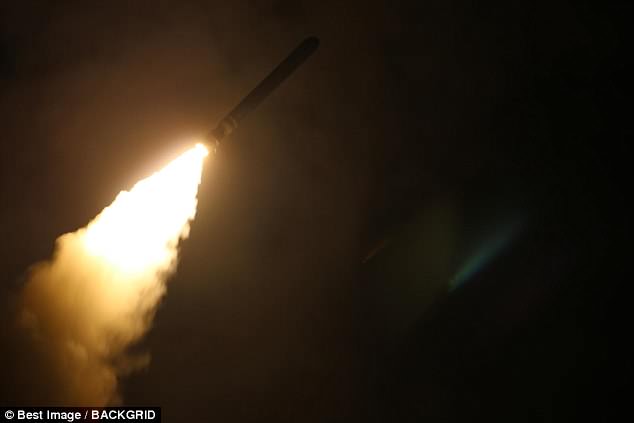 A crewman directs a Dassault Rafale fighter aircraft before taking off from Saint Dizier airbase, eastern France, for an airstrike in Syria

Debris surround the Syrian Scientific Research Center which was attacked by the US, British and French military strikes 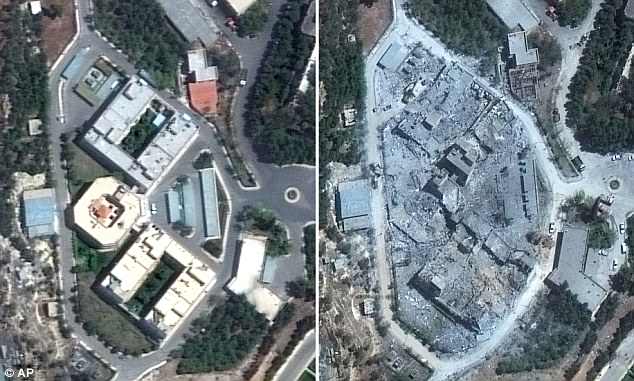 This satellite image provided by DigitalGlobe, a Maxar company, shows the Barzah Research and Development Center in Syria on April 13, 2018, before a US-led allied missile attack 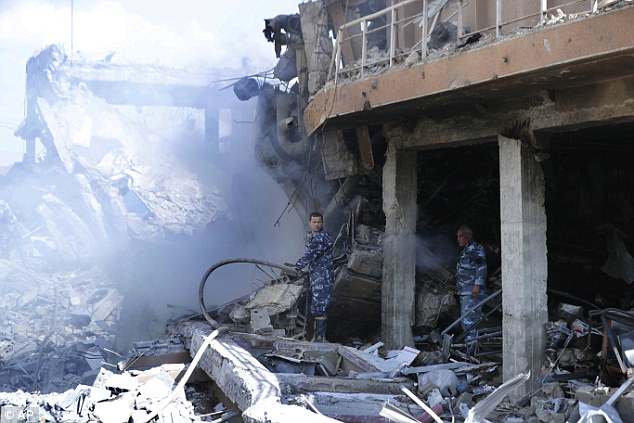 Liberal Senator and former major general in the Australian Army Jim Molan agrees that ‘we stand in real trouble.’

Speaking to 2GB on Monday Morning, Mr. Nolan criticised the government’s passive approach to issues of fuel supply and energy security, calling it ‘a single point of failure for Australia.

‘The way that we seem to get around this is that we buy credits overseas which ignores the entire problem,’ he said. 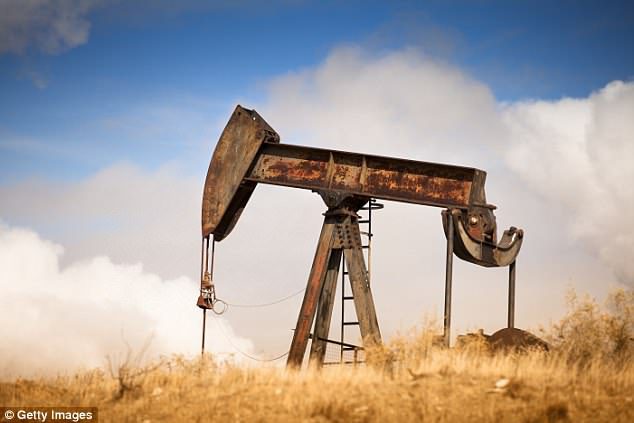 A chronic oil shortage could prove devastating for Australia’s military, economy and society at large

‘Those credits say that if things go wrong we can buy from overseas, but hang on: our supply lines of communication by ship are likely to be either threatened or because of insurers nothing will come to us at all.’

Moreover, a chronic shortage of petrol, diesel and aviation fuel could render the Australian military immobile.

According to Mr. Molan, Australia is one of the few places in the world that doesn’t have a government-mandated strategic reserve of fuel. 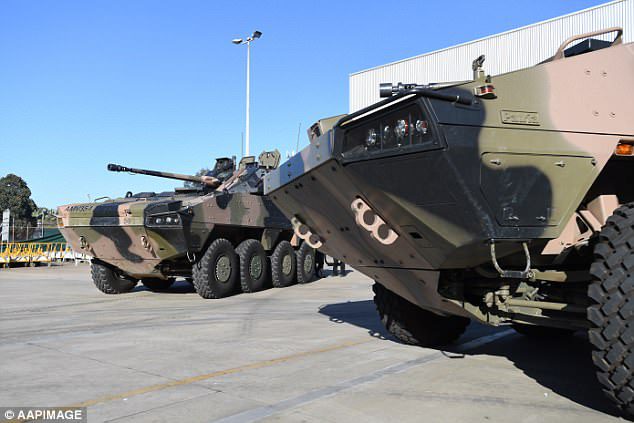 a chronic shortage of petrol, diesel and aviation fuel could render the Australian military immobile