We are on the cusp of discovering new technologies that “will take us even farther as we explore the planets and the stars” — and lead us closer to making contact with alien life, writes Michio Kaku in “The Future of Humanity.” 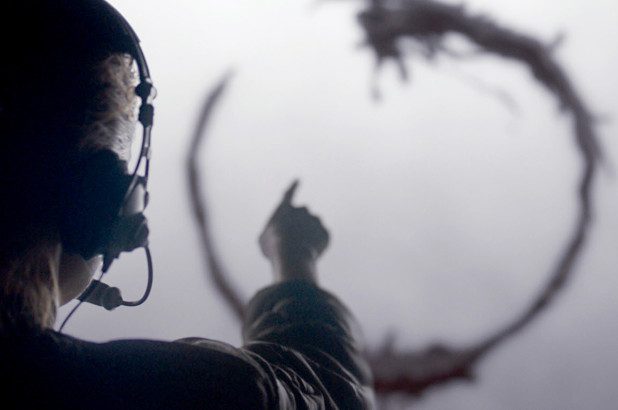 The film “Arrival” was about understanding aliens. We already may have hints.

We know that one out of every five stars in the Milky Way galaxy has an Earth-like planet orbiting it — which means that there are more than 20 billion Earth-like planets in our galaxy, according to Kaku. Though there are other conditions necessary to creating life (there must be a Jupiter-sized neighbor to keep asteroids and debris out of the planet’s path and the Earth-like planet requires a moon to stabilize it), there seems to be plenty of options out there for life to exist.

The Search for Extraterrestrial Intelligence (SETI) Institute, thanks in part to funding from Microsoft co-founder Paul Allen, devotes 42 high-powered telescopes to scanning a million stars to listen for alien communication.

Last year astronomers sent out a signal from the Norwegian city of Tromsø, containing electronic music and information on geometry and binary numbers, hoping it will reach ET ears.

Dr. Seth Shostak of the SETI Institute told Kaku that he believes we will make contact before 2025, though he upped that number by 10 years in a recent article for science magazine The Nautilus.

“I’ve bet a cup of coffee to any and all that by 2035 we’ll have evidence of ET,” Shostak wrote. “I’m optimistic by nature — as a scientist, you have to be . . . I feel that we’re on the cusp of learning something truly revolutionary.”

But what would ETs look like once we finally meet them?

To find out, Kaku interviewed experts in exobiology, a field that studies what life might be like in distant worlds with different ecosystems. Based on his research, Kaku decided that intelligent alien life would have three necessary features:

In addition, Kaku theorizes that many alien civilizations will exist on ice-covered moons (like Jupiter’s moon Europa or Saturn’s moon Enceladus), where life would exist completely underwater. So how would an aquatic species become truly intelligent beings?

Kaku takes this thought experiment back to Earth. The one Earth-bound underwater animal that nearly fits all the above criteria — stereo vision, graspable appendages — is the octopus, he writes. The cephalopod, which has survived on Earth for at least 165 million years, only lacks language.

On a different planet, however, cephalopods could easily develop language — in fact, if conditions changed drastically on Earth, Kaku says it could even happen here, too.

“On a distant planet under different conditions, one can imagine that an octopus-like creature could develop a language of chirps and whistles so it could hunt in packs,” Kaku writes. “One could even imagine that at some point in the distant future, evolutionary pressures on Earth could force the octopus to develop intelligence. So an intelligent race of octopods is certainly a possibility.”

So that’s what we can expect? An intelligent race of octopods, like in the movie “Arrival”?